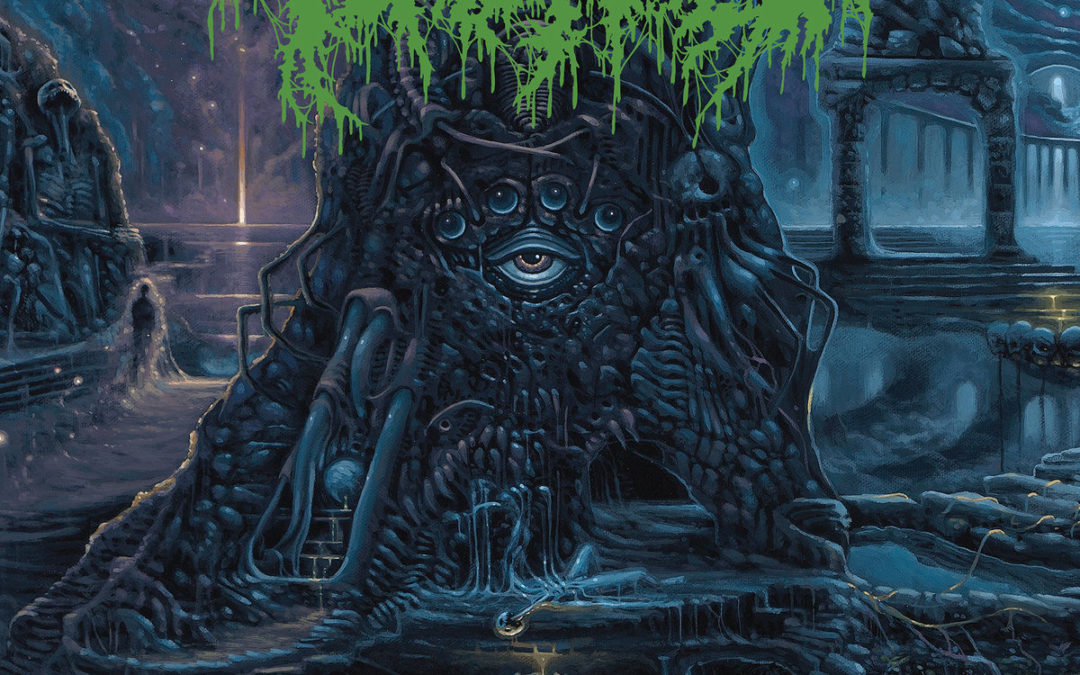 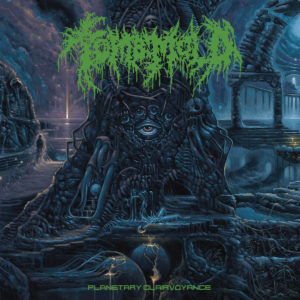 Old school death metal gets a bad reputation sometimes. Some folks associate the musical style and its subculture with low effort, and poor quality. Old school death metal is maligned as the underachiever’s workshop. None of these criticisms could be earnestly applied to Toronto’s Tomb Mold. Anybody who puts out an EP and a full length in the same year is grinding harder than I am, how about you? As if it weren’t enough to drop two releases in 6 months, Tomb Mold have also been touring North America with Superstition. When I saw that the tour was coming to The Sanctuary, I rearranged my work schedule to ensure my attendance and fired up their new full length, Planetary Clairvoyance on my preferred music player.

Planetary Clairvoyance is, in short, a masterclass in American death metal retro chic. The band expertly distill the 30 year tradition into its absolute best elements and lean on those like a dopesick fiend leans on his heroin crutch. Is that analogy too gross/dark/nasty? So is Tomb Mold’s sound. The riffs are fairly simple and mostly mid-tempo, but they’re also heavier and more savage than a moose and make for a consistently moshable good time. The secret ingredient is singer/drummer Max Klebanoff and his supernatural ability to create and direct musical momentum. I’ve often said that a “fucking neanderthalic monster of a drummer” is a requirement for any top-tier rock/metal band, and Tomb Mold put their star player center stage. The strongest elements of Planetary Clairvoyance are the drums, the arrangements, and the drums. That’s not to sell the guitars and bass of Derrick Vella and Steve Musgrave short; they’re flawless. It’s just that Tomb Mold is a drummer’s band and you can kinda tell without being told.

An album like Planetary Clairvoyance, full of dense riffs and six-plus-minute songs, can easily become a chore to listen to. Tomb Mold manages to arrange these long, ponderous ouvres into formats that are listenable again and again. One of the themes too often forgotten among the original death metal bands was a willingness to try something weird once in a while. Those bands were aware that they were treading all-new ground and literally writing the rulebook as they went. Tomb Mold, 30 years in their wake, is also boldly blazing new trails in old traditions, incorporating elements of jazz into fleeting moments of unique respite among their otherwise punishing riffage. Features like these set Planetary Clairvoyance apart from Tomb Mold’s contemporaries; adding to the musical complexity, the depth of flavor, and showcasing the band’s creativity. As if it weren’t enough to do albums about sea aliens… or whatever’s going on here; it’s awesome.

Recommendation: Any fan of death metal should pick this up post haste; and make a point to see them live!