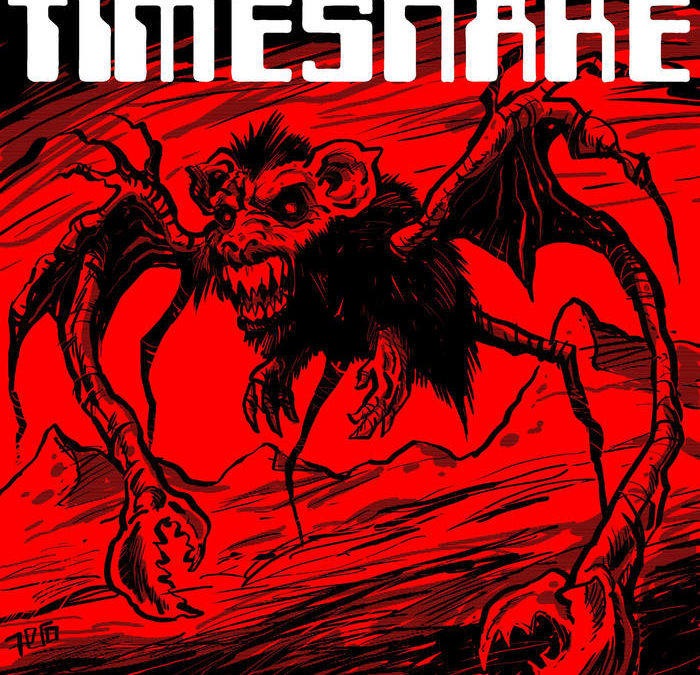 You wouldn’t know it from looking at any of the city’s major venues, but Ann Arbor has and occasionally supports an underground doom and fuzz scene. It makes sense that a place they seriously call “Tree City” would have a stoner rock community, and that said community would be close-knit and collaborative. Enter The Wizard Union collective: not one but several bands sharing common members and ideas brought together under an umbrella of cannabis sativa and stoner metal. Releasing mostly under the name Wizard Union, the group’s members have two new “side project” EPs out now exploring the Collective’s roots in different directions. Each is a short but worthwhile release, and all will be covered by this triple-header review.

Timesnake is the weird, space-western-themed side project of Aaron and Samir of The Wizard Union Collective. Less harsh in its guitar and vocal delivery, Timesnake would be right at home on the Stoned Meadow of Doom channel. Beginning with “Monolith”, a groovy spaced-out trip with ranting vocals and a sing-along chorus, the self-titled EP is full of big sounds and open space in the music. The group use the sense of vastness to inspire a retrofuturist vision of an “Angry Red Planet” and the brilliantly titled “Spaghetti Western Acid Trip”. The foundation of a tireless bassist and drummer keeps the vision focused enough that the guitars and sfx can take risks and make the formula interesting. When Timesnake pick a groove and stick with it, they do it rather well. Their debut EP represents a dirty jam band who know how to get down, although a live setting would likely benefit the whole experience; I felt the mixing was a tad clean for modern stoner rock standards.

Recommendation: When you want to have a raucous good time without taking it too far.