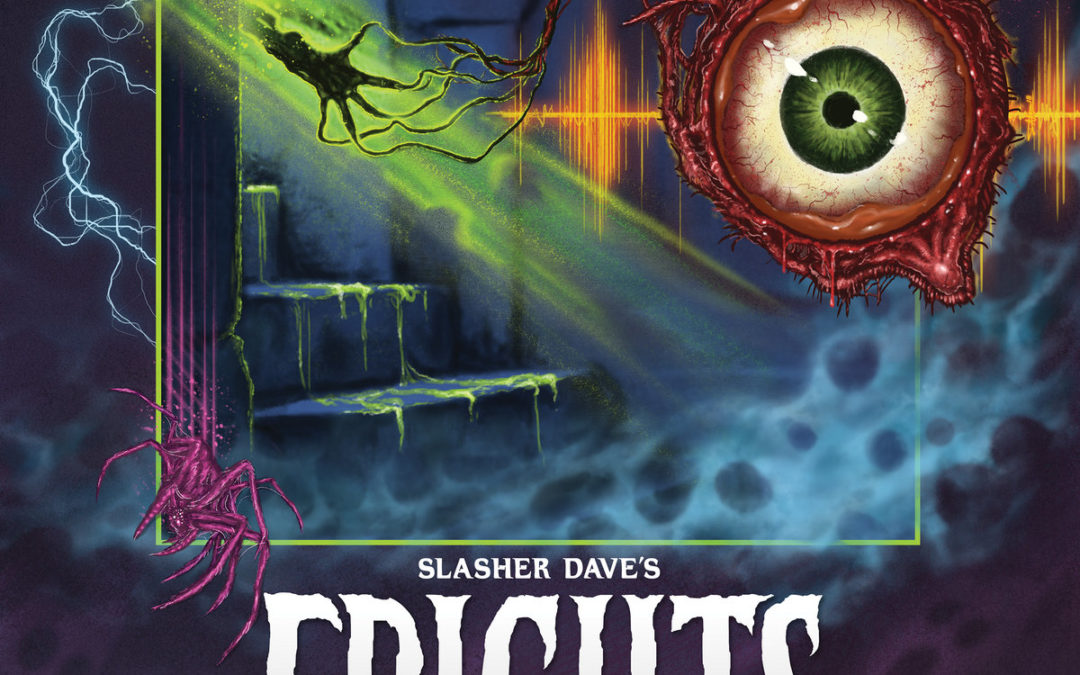 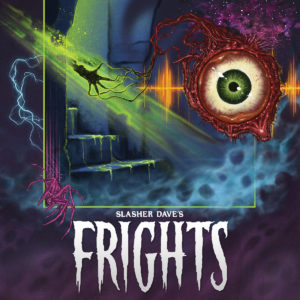 Slasher Dave is a local treasure. Outside of his work in Acid Witch, he can be found behind a tower of synthesizers and Cold War-era horror flicks on VHS, busily making spooky tunes to bring you his unique Halloween cheer all year long. Other genres of music make gimmicky Christmas songs, so why don’t more metal acts embrace our favored holiday like this? For one, it requires a certain capacity for self-parody; you can’t do this kind of stuff and take yourself seriously. It also requires a daring willingness to step outside the norms and to do something weird.

Slasher Dave’s Frights is certainly outside the norms and weird, by metal standards, anyway. A tribute of sorts to the eponymous Dave’s favorite horror movie soundtracks from the 70s and 80s, this album plays more like an atmospheric background to the most legendary bender of all time than it does like a traditional rock album. There’s a lot of John Carpenter influence here, along with some 90s-flavored industrial metal. It transitions over the run time from creepy atmospherics and analog synths to driving, gritty rawk muzik that you might expect to hear if you were gearing up for the climactic shootout in an action movie where people wear black glasses, blacker leather, and the blackest most unironic tribal tattoos. That’s not meant to take the piss out of Slasher Dave; it’s just what I envisioned during those parts of the album. Besides; in both his primary musical focus, Dave seems to delight in the self parody aspect of horror extremism, and the tryhard edgelord style of the half-decade between 1996 and 2001 was pretty goofy in retrospect and it’s ripe for some of the same jabbing adoration we afford to the liquid latex monster era before it. Highlights from the album are the excellently crafted title track, the whole middle run of songs from “Fulzzi” through “Strobe Room” and the equal parts spooky and cartoonish “Video 1 (Late Fees)” which has me imagining a panicked goblin man trying to limp his AMC Pacer loaded with obscure video tapes to the local Blockbuster before they charge him again.

I’d like to explicitly and unequivocally declare outright that Slasher Dave’s Frights is a good time; but partly because of the lack of traditional instrumentation one associates with heavier music made by white people: the minimal drum beats, no vocals except occasional samples, and other aspects which make the album stand out, the listening experience is also very much shaped by the listener’s immediate environment at that moment in time. In the vacuum chamber of my living room, it was pretty alright, but in another setting; say the pre-party for Northwest Terror Fest, where I first heard Slasher Dave’s unique blend of “horror synth” and “slasherwave”, it becomes something more: an enhanced experience brought on by the theater and excitement of a live setting. Basically what I’m saying is somebody needs to give me a bunch of money to throw year-round Halloween parties and we’ll give Slasher Dave a residency performance slot.

Recommendation: Regardless of how you feel about _______-wave and movie soundtracks, this album is an absolute necessity at any future costume party!

4/5 if you and your friends dressed up