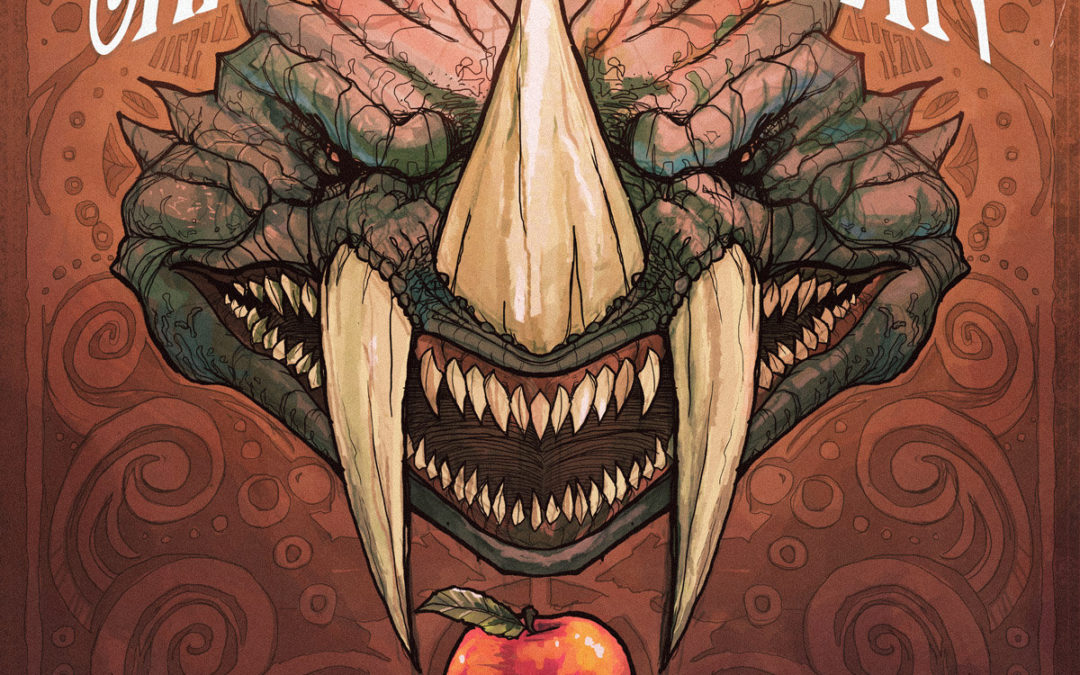 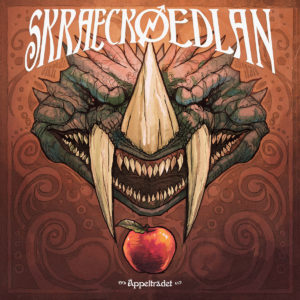 The desert can be a lonely, desolate place. Roaming aimlessly in search of musical respite, fans of Black Sabbath and Sleep too often discover mirages in the form of faceless stoner metal acts. Though invariably heavy and organic-sounding, these now ubiquitous stoner-metal bands tend to drown us in this proverbial sea of “Up In Smoke” uniformity. The ghosts of Kyuss looks on in mild disapproval.

What is in no way tepid is Äppelträdet, the 2011 debut from Sweden’s spacey stoner-metal quartet Skraeckoedlan — recently re-released on vinyl by The Sign Records. On the surface, these guys employ all the standard tricks of the trade: fuzzed-out guitar tones; deliberate, stomping grooves; and downright esoteric lyrical themes (in the decipherable English sections, at any rate). But Skraeckoedlan have set themselves apart with solid, well-constructed songs and infectious vocal melodies that breathe genuine life into the science fiction-inspired atmospheres.

Their stoned sonic stew congeals into a familiar, concrete wall of sound. Skraeckoedlan has upped the ante by incorporating a sludgy, distorted bass tone that is as viscous as the deadly muck of a WWI Flanders battlefield. The dynamic basslines of Tim Ånström — coupled with the syncopated and shuffling rhythms of drummer Martin Larsson — create a rock-solid propulsion system for the intricate interplay of stuttering guitar riffs and bluesy licks (courtesy of Henrik Grüttner and Robert Lamu).

The resulting cosmic concoction is as satisfyingly crunchy and heavy as it is catchy and melodic. Many of these songs tend to morph into each other, both musically and thematically; therefore, choosing standouts is a challenge. That said, the sinuous, deliberately shuffling “Soluppgång” is a fine choice, as is “Chronos,” with its hammer-blow main riff. The driving “Haven,” by contrast, propels the listener into space in a particularly infectious manner. On “Universe,” the sumptuous groove riff and chorus melody is juxtaposed perfectly with a spaced-out, arpeggiated interlude.

While Äppelträdet isn’t a perfect album — both the clean and shouting vocals tend to sound bland and one-dimensional — it certainly has earned its historical praise with stellar songs and a distinct sound. Bring on their new stuff!