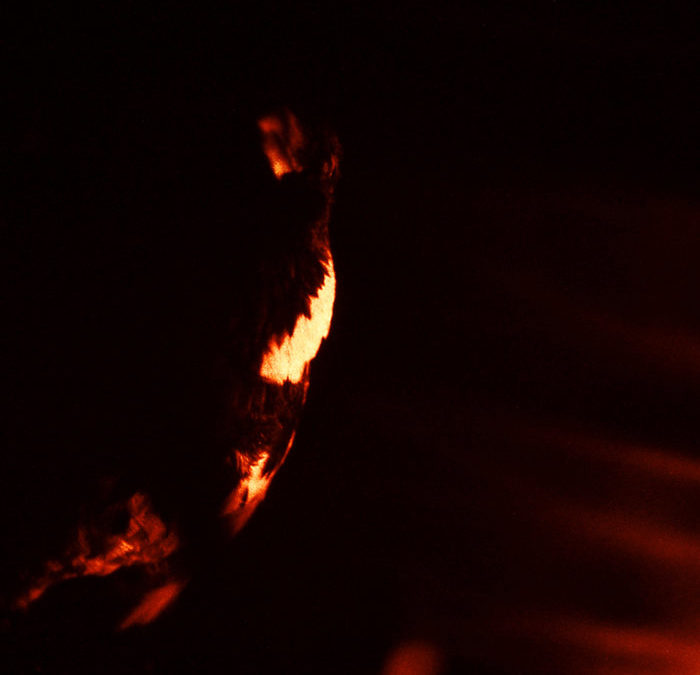 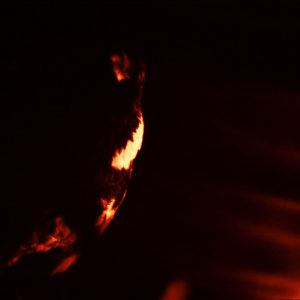 “Stormcrowfleet as an album is a force of nature; but while their Scandinavian neighbors were howling blizzards in your face, Skepticism is a distant thunderstorm.”

In this mass-media, 24-hour-entertainment-cycle world, we consumers live with a blessing and a curse. There is more music readily accessible to the Average Joe today than ever before in history. While the prospects for musical exploration may fill one with glee, they come at a price: There simply is not enough time to listen to everything out there.

I had never heard Skepticism before being asked to write this review, although I’ve known about them and the impact their legendary LP Stormcrowfleet had on countless fans over the years. Now re-released through Svart Records, the funeral doom classic is back on my radar. The reissue comes remixed and remastered from the original master tapes by prolific metal producer Anssi Kippo. Many modern remasters of classic metal albums lose something from the original vision behind the art; undertakings by record labels as a cash grab. This time, however, it’s been done properly. The band was involved directly in the remixing and remastering of their classic opus. In a recent interview with Invisible Oranges, guitarist-turned-organist Eero Pöyry stated that the band had always intended to do a re-release on vinyl.

“We had been thinking of releasing the albums on vinyl all along. We had the master tapes for Stormcrowfleet ready. I remembered earlier this year that we had bought the tapes in case we ever needed them.”

Working closely with Svart Records and Astia studio, Skepticism and producer Kippo set about the task of mixing the album to be more suitable for a vinyl release. Pöyry is very vocal about his love for the original sound of the album, but says he was curious to see what would happen if he and Kippo revisited the master tapes with the highest quality period-correct equipment that was too rare or expensive for the band back in the day. The result is an impressive reimagining of a timeless classic that will bring new energy to old listeners, and provides a perfect opportunity for someone like me to try Skepticism for the first time.

Stormcrowfleet is a flagship album for the funeral doom subgenre, and to give the remastered edition its proper shot, I thought it prudent to listen to the original album first and then the reissue. In an effort to consider the context of Stormcrowfleet, remember what else came out in 1995. Morbid Angel and Death were on top of their game, releasing Domination and Symbolic respectively that year. In Scandinavia, the sound was Slaughter of the Soul, Storm of the Light’s Bane, and Destroy Erase Improve. And Skepticism gave us… this! The album is distant and ethereal out of context; but compared to their contemporaries, Skepticism must have seemed like they came from another dimension. At the time, nothing sounded like Skepticism (expect maybe Thergothon, whose debut Stream form the Heavens had only just come out) and it’s no wonder so many have flocked to their sound over the years. To this day, the sound put forth on Stormcrowfleet is one that is often imitated, but almost never realised in the way the band and their fans want it to be.

Stormcrowfleet immediately sets itself apart from most other 90s extreme metal with its use of keyboard instruments. They are front and center in the mix on both the original and remastered recordings. Pöyry skillfully crafts his tones and melodies in ways that avoid coming off as corny; adding a depth of atmosphere and a certain softness which makes the album more listenable than much of modern doom. It’s not an album that relies on grinding distortion and pummeling riffs; the best way to describe Stormcrowfleet is a “presence” that fills the room. This album isn’t about giving the listener six songs to take one-by-one; it’s more about “setting a mood” for an hour. Pöyry describes the band’s music as “an aesthetic choice” and I agree. This is music to decorate your sound space with. And like a Hieronymus Bosch or HR Giger painting, it can be beautiful in the eye of the right beholder.

As a newcomer to Skepticism, I couldn’t help think of all the modern bands whose sound is informed by this album. In fact, on my first listen through I kept expecting Cascadian blast beats à la Wolves in the Throne Room. The -gaze fans who are into Deafheaven and Alcest might also find enjoyment in the introspective atmosphere of Stormcrowfleet. The haunting and moody keys also remind me of another Scandinavian metal debut from the same year: Dimmu Borgir’s criminally underrated For Al Tid. The keys are really the standout feature on both records because when tempos and melodies are minimised as much as these, it’s important to add elements that will engage the listener, lest your music become a chore to listen to (though for some bands, that is the point). Keys are an overlooked tool in metal for addressing precisely this sort of challenge, and on Stormcrowfleet they accomplish that task with aplomb.

The remix cleans up the muddiness in the low end of the original recording and opens a cavern of space for the vocals. The guitars sound less fuzzy and the keys more focused and pronounced. And there are drums! The drums come off as a heartbeat and metronome on the original, but they are made to be much more of an instrument in the reissue. Almost every conversation on the internet about the original album includes someone lamenting the sound quality. The original mix has been described more charitably as “recorded from inside a coffin” and less charitably as “recorded with a chopstick”. Adherents to those valid criticisms will be delighted to revisit the album with its cleaned-up sound. It’s like those allergy pill commercials where they lift the film off the camera and suddenly everything is in color.

Pouring benefits the most from the new sound. The polished-up guitar tone adds a noticeable sonic bite to the massive weight of the intro riff, and cleaning up the fuzziness in the original miz goes a long way toward changing the flavor of the experience without changing its character too much. The remixed guitar sound also erases any Sabbath vibes that may have been present on the original album, which some listeners are sure to appreciate. Where the remix truly shines is in the vocals. Partly lost in the low-end mud of the classic mix, they take a step forward in the new version to be more identifiable and less of a texture. They way they stand out on Rising of the Flames is particularly good.

There are other, less subtle differences that long time fans may notice on the reissue as well. The Gallant Crow now includes an intro section that was cut from the original edit. It adds a streak of minimalist blues that changes the feel of the song slightly and hints at another direction the band might have explored. The re-release also designates the surprise postscript on The Everdarkgreen as its own Outro track. Pöyry tells Invisible Oranges that having it be its own song gives a sense of finality to the album that he felt was much needed.

Stormcrowfleet as an album is a force of nature; but while their Scandinavian neighbors were howling blizzards in your face, Skepticism is a distant thunderstorm. It shakes the ground as it rolls out its might but you, the observer, are not really there to witness it. You take it in from afar; somehow a step removed even though your speakers are right next to you. The album is a masterful balancing act between contrasting themes: light and dark, soft and heavy, quiet and loud. The songs are exactly as long as they need to be, never sounding rushed not rambling. These elements, combined with the band’s brilliant implementation of keys in metal, make for an hour long slow jam you’ll want to spin again and again.

Recommendation: Put on this sonic mood in your home or on your commute while you stare at the grey skies and bare trees of late autumn. Longtime fans should check out the reissue on vinyl from Svart Records, new listeners should try the original first.