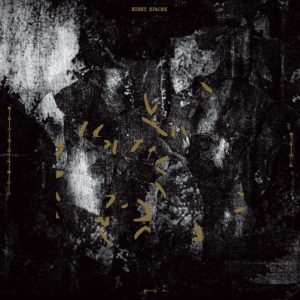 Formed in 1999, Sissy Spacek has been consistently putting out records meant to get under your skin. The latest album, Ways of Confusion, consists of Charlie Mumma brutalizing the drums and berating your ears, and John Wiese incorporating noise and beating upon his bass, as well as including agonizing wails. If an unassuming participant were to allow the grating static pops and angry vocals to grace their ears, they would certainly feel immediately unnerved and uneasy, but is that not the point? It’s this uncertainty, this fear of the unexpected, that so many of us find intriguing. It’s alarming, but we crave it. Similar to how humans intake horror movies, it’s an artificially induced fear that brings out primal instincts within us. Ways of Confusion sounds like the released recordings of an EVP session in Hell, or thirty second vignettes of a heinous, unspeakable slaughter and destruction of both humans and machines. Brief encounters with sounds that compromise your safety and violate your headspace. The shortness of the tracks add to this initial unease; the terror starts abruptly and ends just as soon. The longest track clocks in at a painstakingly long one minute and ten seconds. This album IS unpleasant, but isn’t that why so many of us listen to it? We are subjecting ourselves to this on our own accord. No one accidentally stumbles upon harsh noise and just continues to allow it to play if they find it to be an abomination. To listen to music is to feel emotions, both raw and artificial, so how is this any different?

Not for the faint of heart.

Recommendation: Put on your jogging pants and allow Sissy Spacek to lead you through guided terror. Deep breaths, it’ll be over soon.