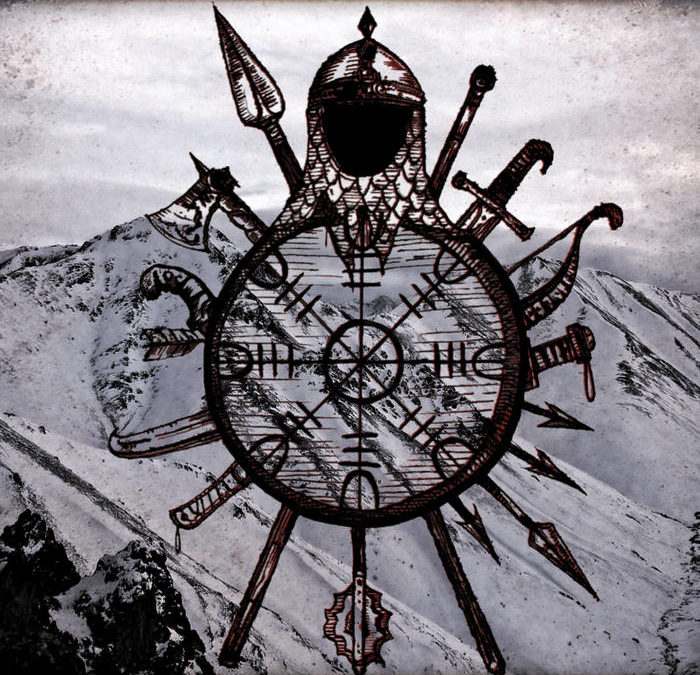 Here at MoshPitNation, we’ve been fans of this band since the Tempering of Northern Iron EP in 2019. (You can go back to read my review of that monster here) Suffice it to say, I’ve been excited to hear what comes next for this Alaskan three-headed hydra. Now Remnants of Grief & Glory gives us the answer. A more powerful war elephant arises in the North. Prepare, all ye, for the battle will soon be joined! In words shamelessly stolen from the promotional material I received from the band:

All empires were built upon the bones of slain brothers.

Remnants of Grief & Glory is about history and about war. Each battle hymn explores a separate historical episode at least tangentially connected to war. From Carthage to Ancient China, as well as much in between and beyond, the (metaphorical) trumpet cries forth calls of honor and defeat. Using black metal as a basis, with haunting tremolo riffs, the band expands into the realm of the pagan with deep bellows and creative rhythms on both drums and bass. The resulting atmosphere is one of fury and loss, ringing swords and weeping widows.

Based in the icy and rugged far north of Alaska, Rübezahl calls together three pagan warriors to honor the dead of history. With both creativity and power, Bergwächter provides the artillery from his drum stool. Like the thundering of the war elephants of Hannibal’s army, Gravmond adds power to the attack with his ominous bass lines. (Hannibal’s victory at the Battle of Canae is the subject of Accursed Victory, though the war elephants had all died by that point in the war). With waves of riffs and tremolo, Raróg calls forth the haunted dead, with his gruff bellows lend voice to the myths and truths of their demise.

Remnants of Grief & Glory is an engaging journey through the pages of history. The atmosphere rings true, lending power to the stories being told. With every note, Rübezahl sweep the listener into worlds long past, to let the glory and the misery of battle seep into every pore. Give ear to this latest triumph, and keep your eye on this project. They’re one to watch.