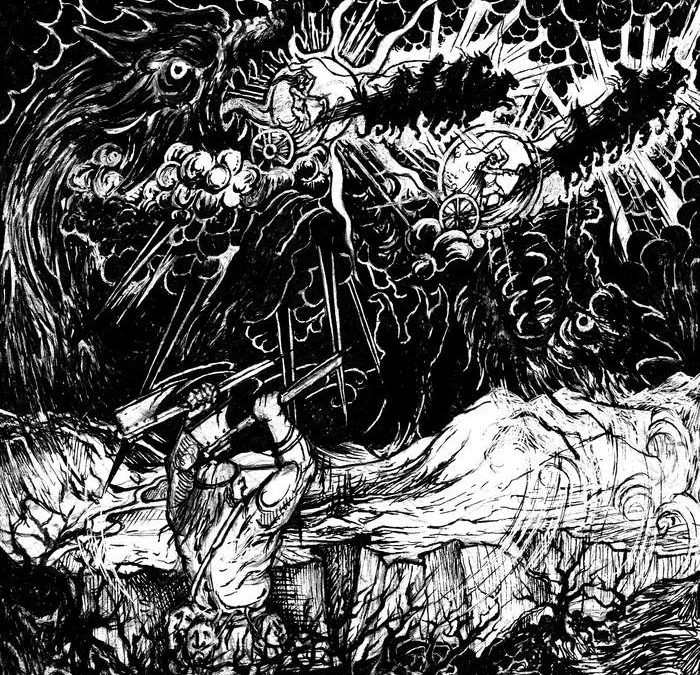 Rugged waves of intense melancholia sweep through the background of this EP, giving a visual impression of the barren windswept lands of the Alaskan wild. Tempering of Northern Iron is massive black metal with an epic pagan feel, which is fitting given the land from which it hails. Alaska is different from the rest of the US. As someone who has never actually been there, I admit my knowledge is very much surface level, but I feel that on this EP, Rübezahl has helped me to capture the essence of the region.

There’s a wildness to this EP that, to a degree, defies description or explanation. Thundering bass joins with pummeling drums to obliterate the mental landscape of the listener, leaving open space for the stark beauty the follows on it’s heels. Riffs broadside you in patient cycles, while the vocals, more a deep raspy growl than a typical black metal presentation, tear through your essence, leaving it raw, but cleansed.  Lest you think that this is a fast and furious sequel, understand that all of this happens at the steady loping pace of a wolfpack on the move.

Engage with this EP at your own risk. Life can be very dangerous in the wild. But, should you choose to do so, you will be rewarded with vast soundscapes of incredible beauty. Mighty warriors walk this land of heathen beauty, while the earth and elements hold their own battles of life, death, existence, and the void. One can only hope that more is coming soon, for these three songs barely whet the appetite.