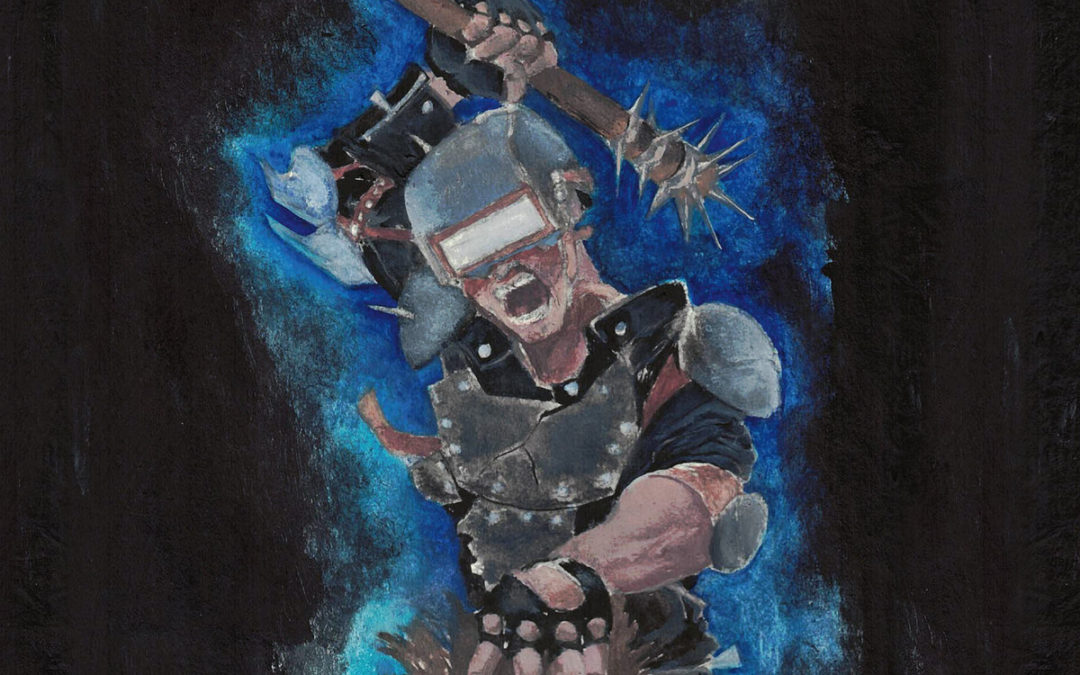 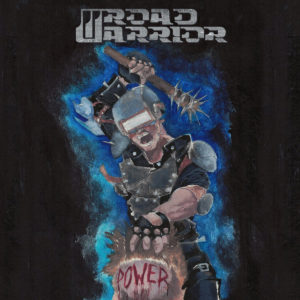 “Look. Any longer out on that road and I’m one of them, you know? A terminal crazy… only I got a bronze badge to say I’m one of the good guys.”

Mad Max, the titular movie character made famous by Mel Gibson, was forced to confront the inherent ambiguity of ethics and morality. When his wife and daughter were brutally murdered by a motorcycle gang, Max was permanently and fundamentally altered. He embraced his primitive instincts, desperately clawing for revenge against his enemies and justice for the innocent. In short, Max embodied the stereotypically masculine quest for power.

Power is (quite literally and figuratively) the name of the game for Road Warrior’s debut album. Like a seamless amalgam of Mad Max, Conan the Barbarian, and Manowar, this proud Aussie trio ooze classic heavy metal from their spiked, leather-clad sleeves. Yes, they are obnoxiously macho to the core; they boast lyrical themes that detail the exploits of war and profligate sex from the gates of Valhalla all the way to this earthly side of Spinal Tap.

Musically, Road Warrior aren’t really attempting anything new under the sun. They’re just pounding out the old-school, crusty heavy metal of their forefathers. But the funny thing is: Road Warrior are immensely competent at what they do, and Power is one of the most exciting, refreshing, and fist-pumping powerful (pun intended) records of 2018.

From the opening, bass-thumping strains of “Don’t Fight Fate,” Road Warrior’s unusual take on meat’n’spuds metal is apparent. Denimal Blake’s basslines are refreshingly crisp and prominent in the mix; the chord progression unpredictable and partially dissonant. The galloping triplet-based guitar riffs and fiery leads — courtesy of the aptly-named Overdryve — dominate the proceedings. Yet, Road Warrior are far from speed freaks; rather, their songs tread the mid-tempo, epic ‘80s path of the likes of Dio, Manowar, Accept, Armored Saint, Liege Lord, and Omen.

Those are some impressive roots, and Power delivers upon the promise of its forebears. The deliberate gallop of the chorus to “Don’t Fight Fate” hints at impending headbanging greatness, while the speedier “On Iron Wings” and “The Future is Passed” exude kinetic exuberance. But Road Warrior also demonstrate their dynamic range on “Devils in Waiting” and “I Am the Hunger,” the latter of which resembles the syncopated and technical riffing of early Rush.

Simply put: this is one of the best old-school albums of the year. Feel the Power, now.

–Highlights: “On Iron Wings,” “The Future is Passed,” “Devils in Waiting.”