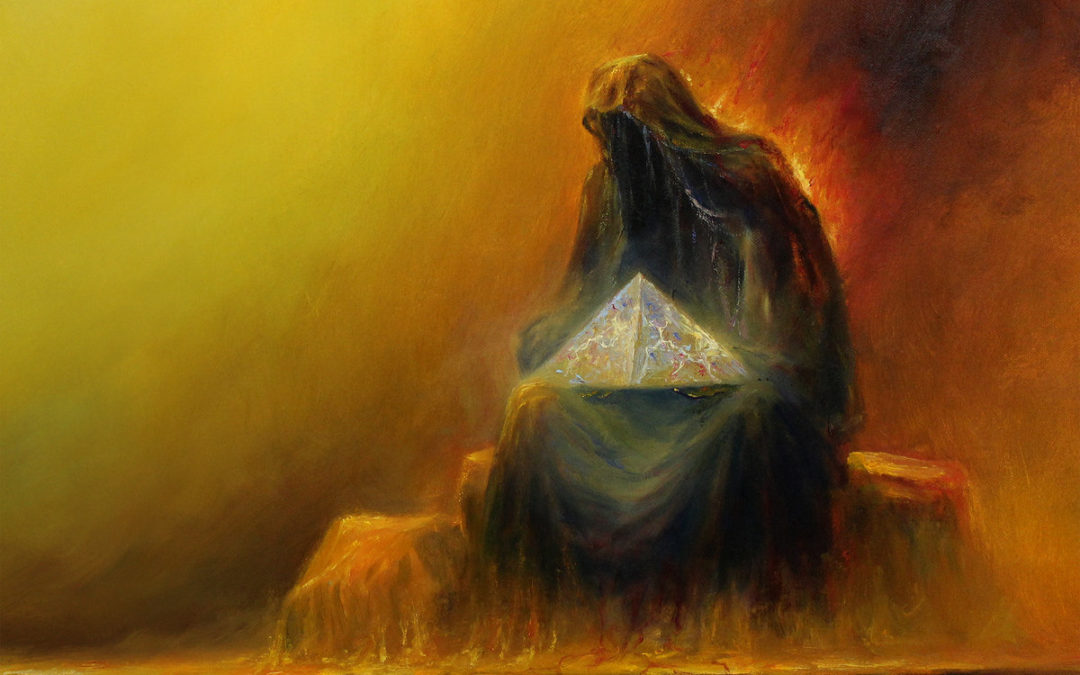 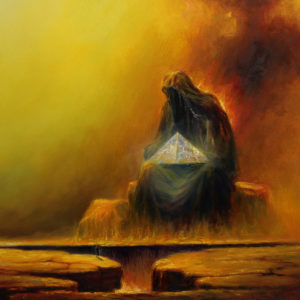 Mizmor is a one-man black metal project run by A.L.N. Early September has seen the release of his third full-length release, Cairn,  A.L.N.’s unmoving markers for mankind’s undying necessity of creating meaning in a world dealing with an omission of any. In a world so devoid of purpose, Mizmor unleashes his odes to submission to unseen hope, death brought forth by one’s own hand, and acceptance that the world just is.

Though just three minutes shy of an hour, Mizmor’s Cairn is imperishable to time with its message of moving ahead despite whatever barriers sit at your sides. This is an album to get lost in with its echoing soundscapes laden with flaring visions of traipsing through ochre-hued wastelands. Opening song, “Desert of Absurdity,” starts with the thumbing of low-hanging strings, sliding upward then radiating out into feedback, then thrust into an upsurge of pulsing sound. The pummeling of drums and slinking guitar notes collide to provide proper impact to listening ears. Without even reading the lyrics to this piece, there is a sense of coming to terms with something important thickly present in the wide-eyed snarling of A.L.N. There’s a release of a vulture-esque screech that circles out and retreats back into guttural growls. Found within A.L.N.’s own lyrics are the words, “a seething, wild force, pure and raw.” I believe that line encapsulates this song’s potency quite faultlessly. Next is “Cairn to God,” 18 minutes of deliberately measured, slow-building assertions. It begins with a leaden eruption of music – tinny crashes that move right to left and back again like metallic waves, rolling along beneath subtle voices until you’re hit with that first heavy-handed blow. A hollow shock of a shriek that sounds like it’s being sucked down under the rumbling shamble of instruments. The bashing and droning sorrow of this piece calls forth imagery of the deconstruction of a higher being. Wavering notes and throaty wails that resound deep into some unseen space, wiping your eyes free of blind confusion. After this track, you’re thrown right into “Cairn to Suicide.” This 12 minute piece starts with a shattering entrance and continues with this repeated striking until it drops off into dripping whispers that seep through layered, resonating electric hums. This song is heavily decorated with its well-placed dynamics. Halfway through, the song sheds its droning discordance for brief minimal plucking of a low-ringing guitar. The crashing is picked back up and brought to a galloping pace met with gasping screams. The next and final section with its quavering strings brings forth an image of a thin stream of slow, dirt-yellowed, trickling water creeping along until eventually ending in squares of cracked, dried-up earth. “The Narrowing Way” begins with what sounds like hushed, distant winds making their way down through some jagged corridor of rock. This unnerving howl is soon drowned out by the ringing of the guitar, and then pushed aside altogether as the lashing of drums and low-creeping bass notes join this menacing mix. There are moments in this song where the instruments sound as though they’re being swallowed up within a spiraling sandstorm. The high-pitched squeal of the guitar gets taken up into a swirling pillar of dust, leaving a revolving echo in its place, and drawn-out vocals sound as though they’ve taken on a towering form of their own, circling around where you, so small and shadowed, stand.

Mizmor sets in stone his beliefs, taking hold of the fact that there is no ultimate meaning. Four songs that flesh out attempts for concrete lucidity. A desire for forward motion to be the endmost goal.

Recommendation: The passing of time is a slow-paced drag. The hands upon the clock begrudgingly trudge along. You might be here for a while, let Mizmor’s Cairn replace the sound of the incessant ticking of time forever going by with dissonant screeches of an absence of faith and ultimate meaning in this sun-baked beige dust bowl world we share. Put this album on and find your own shining purpose.