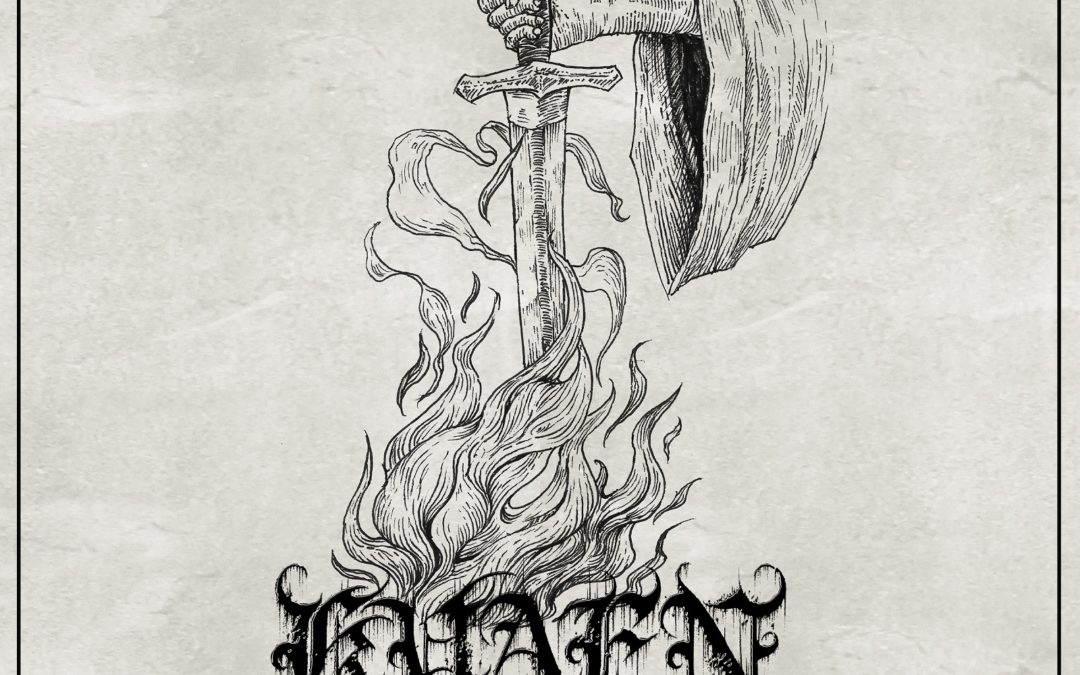 Recently, we published a review (read here, if you haven’t already) of The Funeral Pyre by Swedish one-man black metal band Kvaen. We were so intrigued by the debut album that we decided to ask a few questions. Here is the brief interview we did with the mastermind behind the fiery speed that is Kvaen.

Hayduke X:. Kvaen is a new project, with The Funeral Pyre the first release. I’d like to congratulate you on such mastery so early, but I’d also like to ask why you formed Kvaen? What does it give you that you’re not getting from Autumn Death?

Jakob Björnfot: Thank you. KVAEN is my band and my band only. All the songs are mine. The ultimate freedom.

HX: What was your writing process for the album?

JB: Very natural actually. All the music just streamed through my body and it actually turned out really well!

HX: You have, by my count, a total of seven guest musicians, with four performing drums on various tracks, two contributing guitar solos, and one providing lyrics and guest vocals on a couple of tracks. Did you do most of the writing for them to perform? How did that work?

JB: The drummers got a basic idea of what I wanted and then they put their own style into the songs. The solo by Sebastian Ramstedt was composed by himself, and Pierre wrote his own lyrics because that worked out better for him which is OK! It turned out awesome all in all!

HX: Specifically, Pierre Törnkvist wrote and performed lyrics and vocals on “Yee Naaldlooshii” and “Septem Peccata Mortalia”. What does he bring to the table in terms of writing and performing?

JB: Pierre has a good ear for vocal melodies, which is the very important. In terms of lyrics, we are very different.

HX: How did the recording process work? Were you in studio with the guest musicians or was a lot of it through sending material over the internet?

HX: What is the album about thematically?

JB: That’s for the audience to decide! I don’t like to spoil the party.

HX: The Funeral Pyre has a great duality to it. It is simultaneously a modern sounding album, but clearly rooted in early, even first-wave black metal at many points. Why did you choose such a modern sound with so much reference to the early days of the genre?

JB: Because the music demanded it. The album would be really bad if I decided to go full blown old-school.

HX: Who designed the album art? How do you think it reflects the album?

JB: Vhan Artworks & Printing. He is a mastermind and captured everything I wanted and needed!

HX: Is there any plan to put together a live line-up to tour or even play at select festivals?

JB: A live lineup is now fixed, we will play a show in Gävle the first of may together will Naglfar and then 18 of September in Stockholm with NATTAS.

HX: What is next for the project? Is this a one off or can we expect more music in the future?

HX: Do you have any final thoughts?