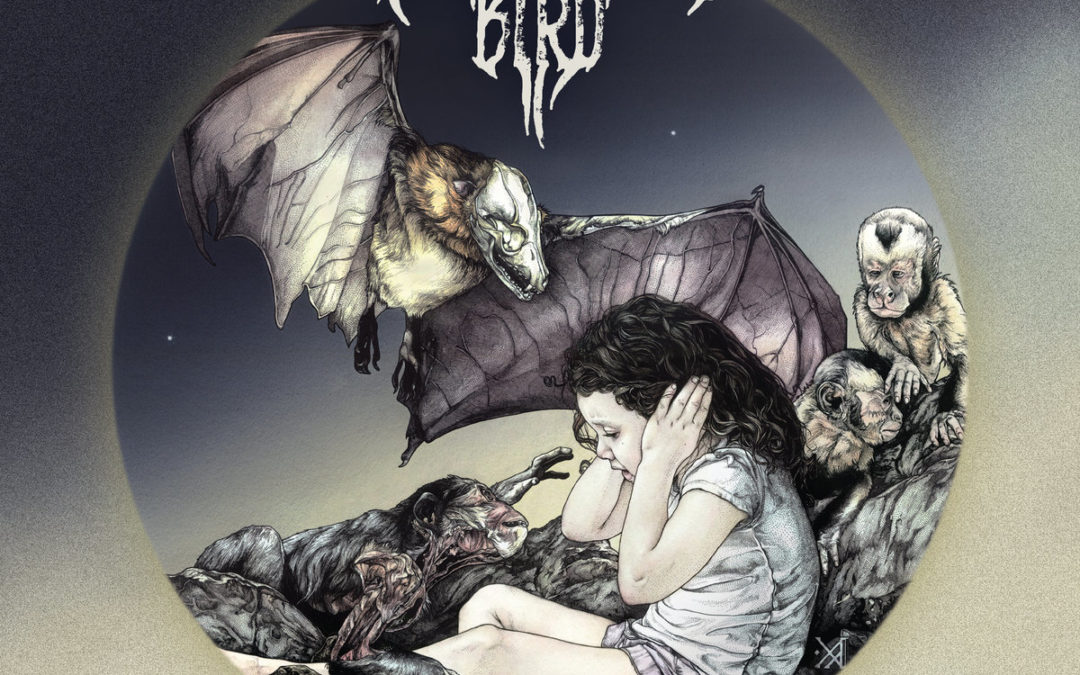 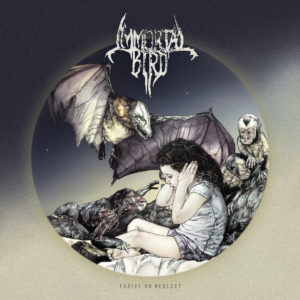 Immortal Bird are a diverse group of musicians based out of Chicago who make metal that’s as varied and inclusive as the group is. Following up their critically acclaimed debut Empress/Abscess, the band has returned to challenge the sophomore slump with a second full length that delivers on all the promise and hype they’ve built up over the intervening years. Unlike other weird, quasi-artsy post-metal albums which might take time to set an atmosphere or build slowly toward a climax, Thrive on Neglect’s opening track “Anger Breeds Contempt” goes straight for the throat.

If I told you that Immortal Bird is a blackened deathgrind-meets-hardcore band, kind of like an American Kvelertak, you’d likely be in the right neighborhood but probably on the wrong street. It’s hard to compare them to other bands simply because they mix such a massive foundation of influences with their own unique styles so fluidly that it’s hard to fit their art into any box more specific than “extreme metal”. In addition to the aforementioned scandinavians, I’d say it’s fair to draw similarities between Immortal Bird to Michigan natives and personal favorites Cloud Rat. Incidentally, those two bands recently finished a tour with another scandinavian powerhouse: Swedish grindcore masters Gadget. We caught their installment at Northwest Terror Fest, look for the enormous write-up on Moshpit Nation.

Thrive on Neglect is a frantic assault on the listener that changes gears like a Fast & Furious drag race. But while Dominic Toretto upshifts 16 times for dramatic effect, Immortal Bird only ever do so to serve the songs. Every lurch in momentum builds another part of distinct influences into a massive whole that towers over the band’s previous releases… and anything else I’ve heard this year so far. From the very beginning, I knew this album was special, but by the time it had built to the climax of standout track “Avolition”, I was certain I’d found my first 5/5 for the website. Spoiler alert: this album is shockingly good and I loved it.

One of the features that sets Thrive on Neglect apart from other examples of the band’s art is the production. Mixed and mastered by David Otero, who has worked with bands ranging from Archspire to Khemmis and beyond, the new studio touches make for a significantly more vicious sound that does a much better job of leaping out of the speakers teeth-first. Everything about Otero’s production is sharp and purposeful, just like Immortal Bird’s compositions and performances. It’s also more faithful to the sound and feeling of the band’s live shows; which are not to be missed. Look for Immortal Bird’s AOTY contender Thrive on Neglect, out now on 20 Buck Spin.

Recommendation: Support diversity and inclusion in metal by paying actual money for this stellar album. And step your game up right if you want to hang in a “top 10 albums of 2019” conversation with Immortal Bird.