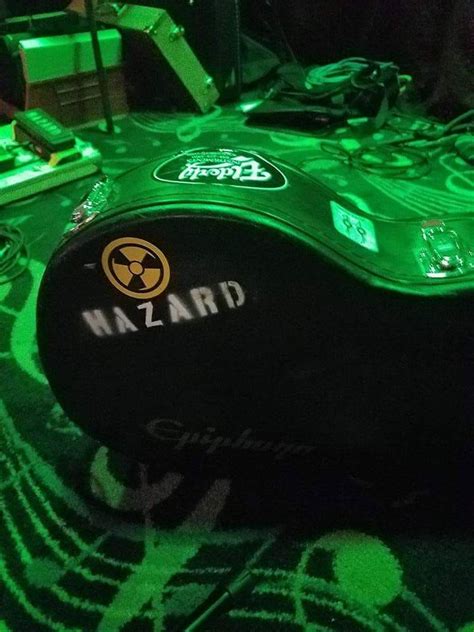 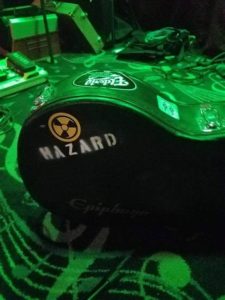 Led by frontman extraordinaire Jimmy Hazard, Hazard’s first EP sounds like a late ‘70’s rock throwback, but with the modern knowledge of all the bands that came after. More impressive than their sound is that every member of the band was under the age of 18 at the time of the recording. I know, I know. It seems that the metal and rock world is divided on whether bands fronted by teens are really worth their salt or the hype they are getting, but think back to when you were in high school and dreamed of being in a successful rock or metal band, and then stop being jealous of these bands who are achieving what you could not and just be happy for them. With guitar driven music slowly disappearing we need to encourage EVERY young band and make sure they get our support. Otherwise our favorite types of music will just die out with us. Hazard is a refreshing example of how good it can be, and how young people can still shred with the three minute rock song and make you remember that it is all supposed to be fun, a thought lost on all the over analyzing music forums.

Out on Fenton Records, which is a rebirth of a 1960’s pay to play label in the Grand Rapids, MI area, Hazard offers three songs packed with retro perfect mastering, trade off guitar solos, shout along lyrics, and catchy riffs. Solid solos abound as the guitarists play better than many twice their age. In addition, there are some serious chops being played by the bass player, especially on Medicine with this great bouncing syncopation in the chorus that shows an aptitude and ingenuity lacking in much older musicians. Truth is, that even though they are young, they are seasoned veterans by some accounts, as some members have been playing shows since the age of 12. One can only imagine what they will be capable of, especially following such a strong debut.

Recommendation – It’s so catchy that it will be on repeat in your car, where it was truly meant to be played.  Support local music, young musicians, and get in early on a band heading to greatness all with one EP.