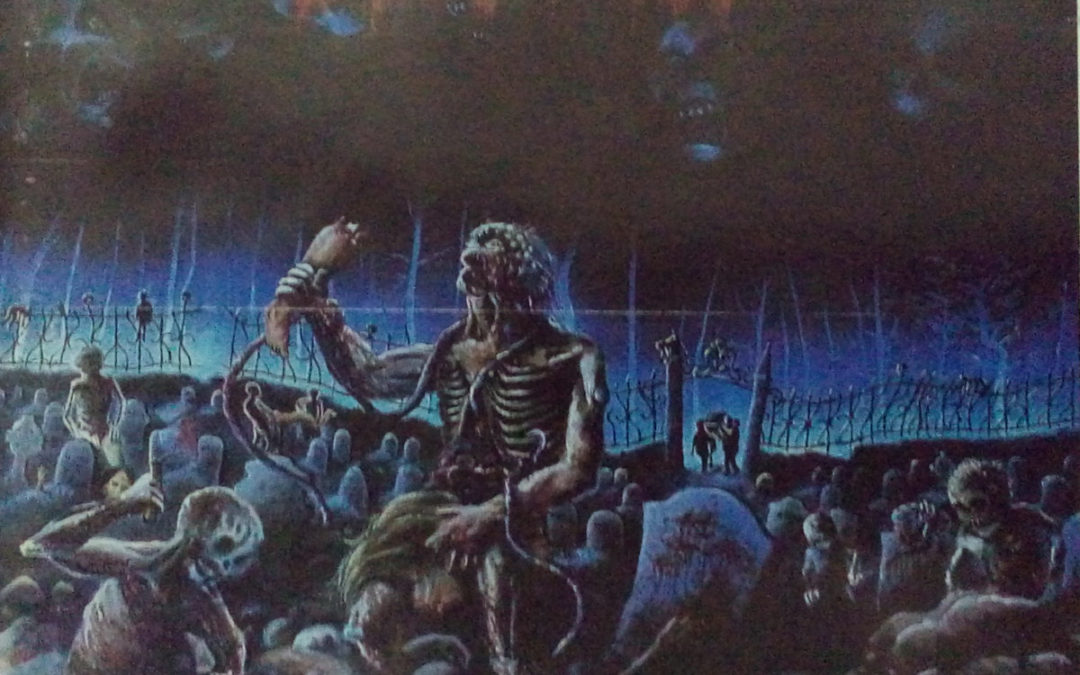 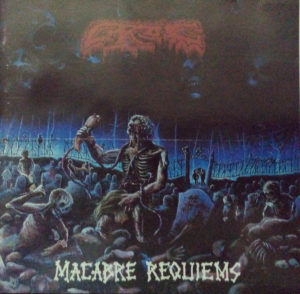 Grog, and The Great Mackintosh, go hand in hand like beer and pretzels, a beer with a good cigarette, and a beer with a sunny day. Yes, I like beer, and also any form of alcohol that you may choose to insert here. Grog is just fucking awesome, and possibly helps contribute to half of my ramblings, if not all of them. But anyway, imagine both my surprise, and my feelings of utter shame, when I discovered that there was a band called Grog, and I had not yet had a drink of them. Did I hang my head in shame? You better believe it.

Funnily though, unlike another band that has a name that relates to a drinking vessel, these guys had very little to do with actually drinking, well, at least not on this release anyway. Before we go any further I must mention that this is a re-release, and the original came out in 1996, and was their first full length. They are still around, and I will be having a good look at the newer stuff without a doubt. 1996, as I remember it, was not the greatest time to be alive in terms of the greatness of the Metal scene. Please correct me if I’m wrong, but I don’t remember that year grabbing me by the proverbials so to speak. Not too many great death metal releases. And yet, I’m gonna say, why did we not hear more of this one?

Maybe you did, but we down under didn’t, and that’s a damn travesty. Again – one must speak the truth – this is by no means a massive feat of originality, something I find myself saying way too often these days. But another thing I get to say a lot is, this is fucking good shit. If massive riffs, guttural growls and gut churning insanity are your cup of tea or beverage of choice, then you will undoubtedly enjoy every little moment of this one. The intro “Embrace My Cold Body” is solid, nothing highly original in this day and age, as everyone is doing the same sort of thing with cuts from horror movies etc, but still great, before they decide to launch at you with the precise velocity of a bunch of hungry flesh eating bastards on the aptly named “Tribal Flesh Ceremony”. Point two, now you get to compare and say “Gee, I’ve heard this type of stuff before”, to which I say “Well, Duh..”. Let us remember, this is a re-release. It has 20 odd years on it, and I can guarantee half of you reading this weren’t even self aware back then.

The madness continues with such tracks as “Excreted And Vomited Abortions”, an absolute chunker of a tune that just can’t help but make one tap ones toes, nod one’s head, and smile about the good old days. Just for shits and giggles, put that on your Facebook page and see how many social justice warriors get on board from the title alone. Fuck them, they are boring gits, and yes, Cannibal Corpse etc. have had far worse titles over the years so there. “Rotten Grave” is as groovy as that dude from the Evil Dead movies – you know, old Bruce. Cool as all fuck, it just sort of sidles up alongside you with some killer riffs, and then drags you down into the kingdom of the dead in a nice kind of way. With an invite as good as this, I’d go (as long as they had some grog.), Sure, it picks up pace every now and then, but as with a lot of their music, Grog have a superb sense of pacing a song about them. Take the next track “Sado-Masoquist Butchery” as a prime example. Flat out like a lizard drinking for the most part, but towards the end, the highest order of riffery, before a last flogging at the end of their almighty lash.

Highlight for me would be the end track, “Drowned In The Pleasure Of Tortured Flesh”. The whole album is pure murder, but for me this one sits just right. The perfect combination of flat out aggression and laid back crushing heaviness. The kind of shit I adore. All guns firing as they say, and an absolute cracker in no uncertain terms. Kind of like the ‘Reign in Blood’ of this whole piece. It ends on finest note possible. You will see what i mean.

Don’t have this? Get it. It is to me now an essential in any fine Death Metal collection. Do have it? Then fucking buy it again. Not having heard of bands like this back in the day drives me to drink, and this is a fine shout indeed. Kudos Grog, great stuff, and still worthy of giving the newer stuff a damn fine wake up call. Let’s drink to that.

Recommendation – like a finely aged Scotch, this will wreck you. Have a sip, go on.