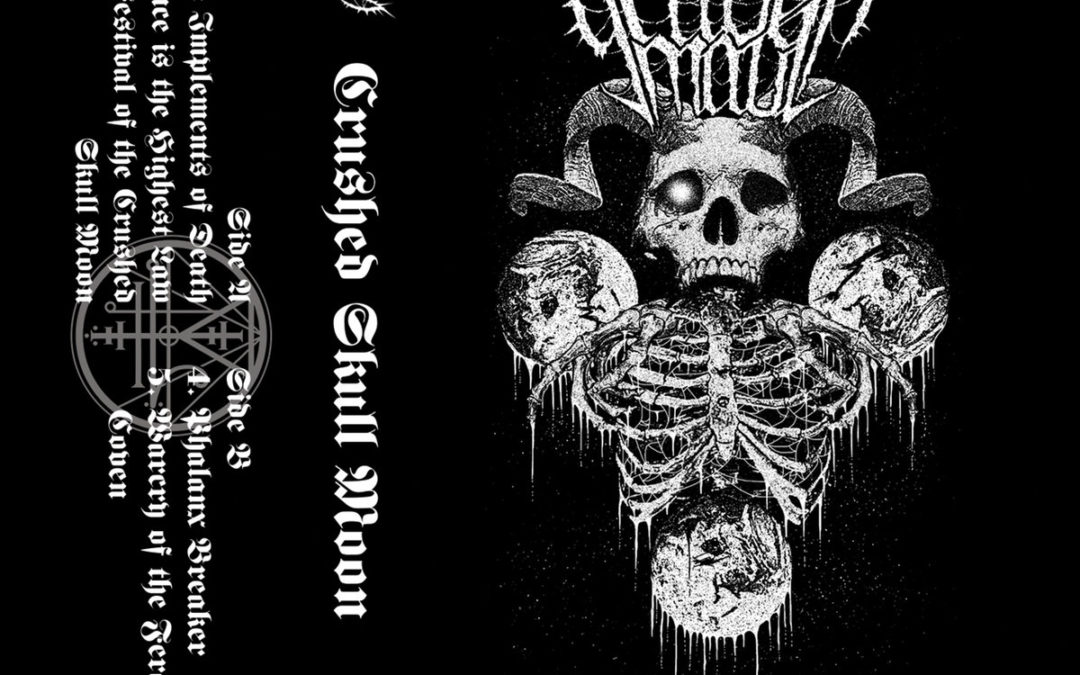 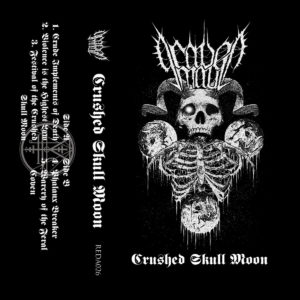 New on the death metal scene, Graven Maul has released the five track EP Crushed Skull Moon. This EP was previously self-released in January and has recently been re-released by Redefining Darkness Records. It seems to me that someone from the label stumbled across a death metal gem.

Founded in 2017, this band of veterans features Thor (see Goreshack, Thracia, and Ecryptic) on the vocals, Michael Ramirez on guitars, Jacob Lee (see Skull Incision, and Keeper) on bass and Peter Ruacho (see Amenthes) providing the rhythmic beats expected of a death metal release. These guys put together a grinding, gritty masterpiece of brutality.

Let me take you on a journey. You are at your local metal venue awaiting an opening act. While you generally don’t pay much attention to the local talent, Graven Maul hits the stage. Beginning with the first track, Crude Implements of Death, they pummel the crowd with about 20 minutes of a growling onslaught of all five tracks, basically without stopping to breathe. War Cry of the Feral Coven completes the set and you ask yourself, “Did that just happen?” Yeah, it did! I think my neck hurts a little bit and I might need to find a seat for a minute.

My favorite track, Festival of Crushed Skull Moon, is a lovely tale about ritual combat, sacrifice, virgins, and dark infernal strength. Oh, and my favorite lyric comes from Violence is the Highest Law;

“Violence is our highest law

Way of fang, horn and claw

When your skull is caved in.”

I recommend checking out Graven Maul. It is an easy listen and hits all the necessary death metal needs. If you’re lucky, you can catch them at a local show.

Recommendation:  Support metal and pick up a copy of Crushed Skull Moon.