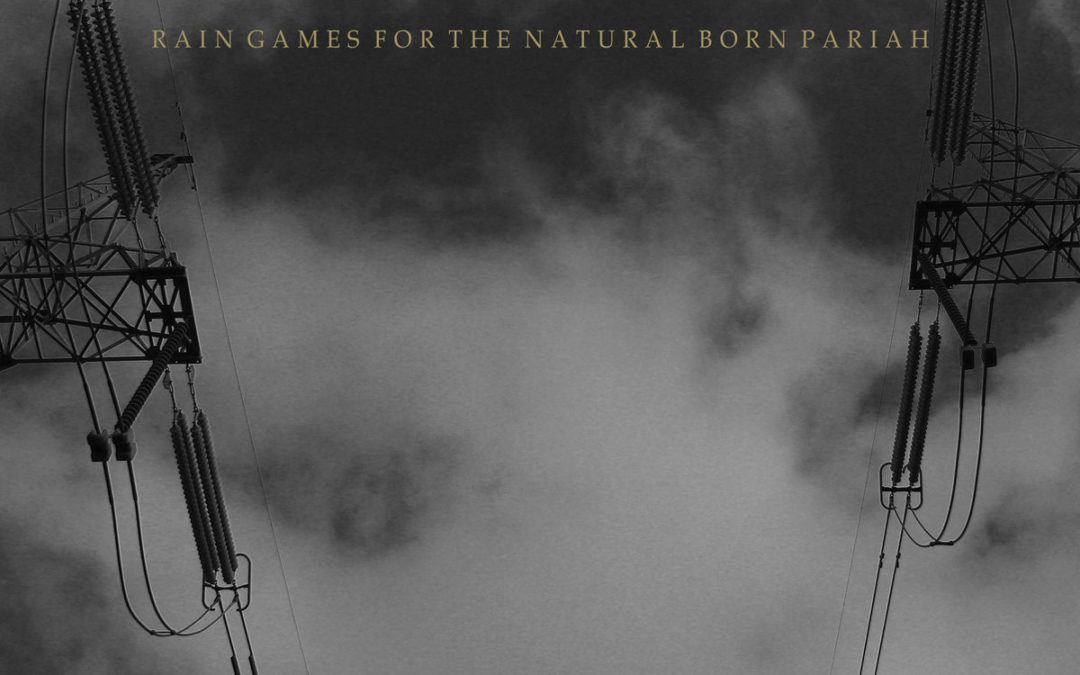 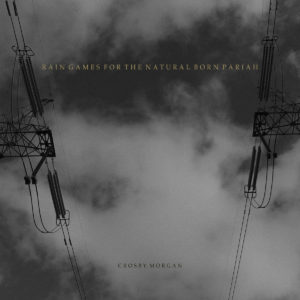 There’s a peculiar kind of sadness that lingers among the decrepit walls of places left long abandoned. California based Crosby Morgan’s Rain Games for the Natural Born Pariah, for me, evokes a similar kind of melancholy. It’s a feeling that just creeps in without a definite reason for doing so. It didn’t knock, and I didn’t allow it to enter, yet here it is. If memories could escape from our minds and enter the living world, they would sound like the evocative and wistful songs Morgan has created. These songs are dreamy architecture; they are misty, moving pictures in my head. Intangible, but seeking power.

Growing up in a slowly-expanding town has lead me to enjoy pastimes that involve respectfully exploring places I should not be found in. I find a certain calmness when entering the abandoned buildings that can be found deep within the neighboring towns around me. Listening to this album reminded me of a handful of these derelict buildings I’ve allowed myself within.

“No Pain” begins with a quick, staggered pulsing, similar to the sound of a quickened heartbeat pounding inside your ears. An eerie chorus of echoed whispers then trails into the prettiest of vocals and a finger-picked lament ensues. Every aspect of this short tune is absorbed in heavy-hearted thought. Similar to how clouds of dust puff up and become suspended in the air after fresh footfalls enter into a once closed-off room, this song stirred up dusty imagery of a nighttime visit I had to one particular house found at the end of a long and winding unlit road. Slipping through an ajar door and finding myself in a darkened room. Flashlight gleaming upon the dull shine of yellowed paperback books and light bouncing against windows appearing completely black because of night. Tufts of hair remaining on the bones of a small unrecognizable animal interweave with the disquieting trails of colored yarn strands that lead through each and every room, tied to seemingly unrelated objects. Despite the name, “No Pain” makes my heart ache. Morgan is posing questions to an unseen listener, begging for answers. This is the song that seems to breathe and moan like the worn-out floorboards of an unhappy house.

“Rain” begins with whispery, indistinct vocals, gingerly joined by a voice that floats in and bounces through undetectable empty space. The sounds of the guitar feel like flipping through a book, finger and thumb tugging at the corners. This song calls to mind a memory of a neglected barn put together with splitting, towering planks, spaced just far enough apart to allow one squinting eye a brief glimpse at what lies inside. The backside, hidden to the road it sits beside, is left wide open and beckons for a cautious explorer to enter. An old television nestled along rusted cans, a lifeless sparrow hidden between the hay, and browning hole-punched papers decay within. This is the song that splinters from these deteriorating walls. The underlying echoed voices are quick glimpses of the life that once filled the now silent space.

The third song is the house hidden in plain sight. Among the overgrown dandelions and prickly bushes, it sits deserted. Floorboards whimper when stepped upon, and everything is tinged in gray. A few aged coffee mugs sit inside the cupboard. Though abandoned, it’s not completely bare.

“Teacher” is a moderately simple, yet powerfully demanding song. Much of the power lies within the multiple layers of sounds – a lethargic, heavy dragging of the hand across the guitar and the deeply pained wails atop low, scattered murmurs. It’s a song of anguish and an untold story.

“Systematic Sadness” starts off sounding like a music box that has managed to tumble down the stairs. This song aches with a discomfort that gnaws at the core, but it is too painfully pretty to turn away from. The ringing of her voice emphasizes how far away and out of grasp this song sounds and feels, and the broken guitar picking adds a feeling of being unsettled. This is the song that brought forth the feelings I had when visiting a small house set back in the woods. A short walk up a cement driveway littered with crunchy fallen leaves leads to the front of the building. Its interior of feeble white walls covered with graffiti, and cement floor blanketed with twinkling crystal-like shards of glass and crumbling pieces of drywall brought an intense feeling of grief to the pit of my stomach. It’s an unexpected kind of sadness both the song and the house inspire, but from where it stems and why, I am not sure. The song ends with a small chorus of voices, and the memory is gone.

This album is undeniably beautiful and it has the capability to stir up such a wide range of emotions, both good and bad.

Recommendation: All of these songs sound as if they were recorded in a large, empty room. The sounds fill the space and echo around the four corners. They inspire a curious fear and demand a thoughtful ear to listen. If you want to sit alone and try to figure out where the sorrow you feel is coming from, then this is the best album for you. Good for the pensive and musing.