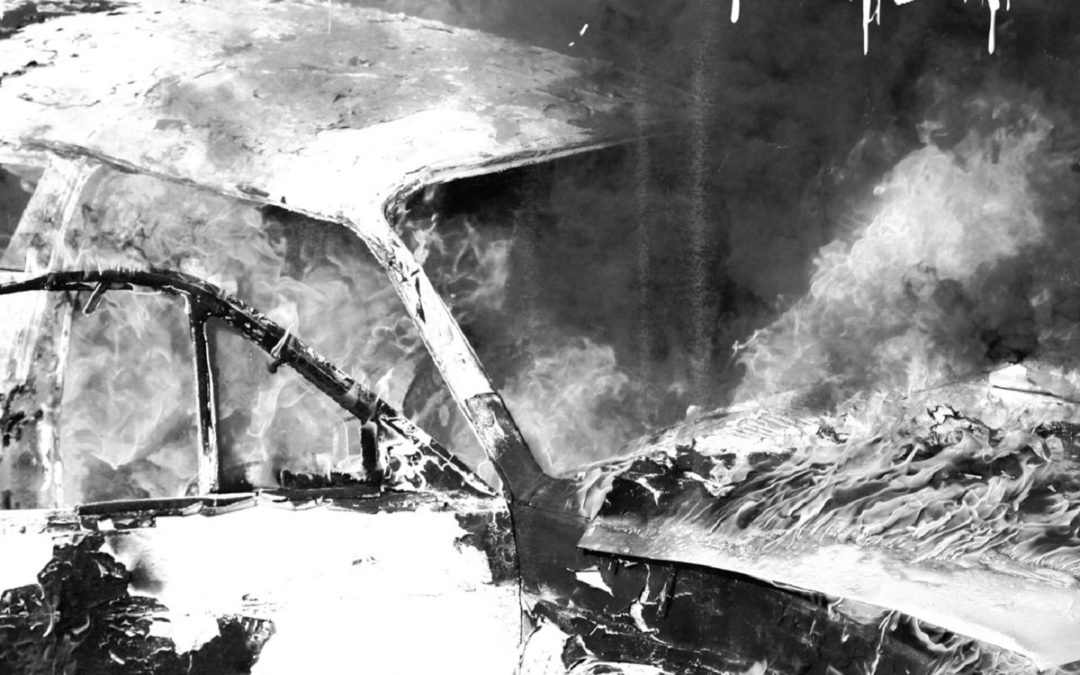 “A vicious album which seamlessly blurs the lines of metal and hardcore. We should really come up with a word for this sort of music…”

Call it a kind of egocentrism; the culmination of my various prejudices building up a distorted image in my head. When I think of metallic hardcore, I think of urban America, and I think north of the Mason-Dixon Line. I think of New York and Massachusetts. I do not immediately think of Yogyakarta, Indonesia; but I ought to. Cloudburst is here to say that you should, too. Out now from Samstrong Records, Cloudburst’s second full-length raises the bar for themselves and their contemporaries.

Cloudburst waste no time going straight for the throat on album opener “Strange Acrobat”. Its vaguely uncomfortable lyrical content shrieked through dissonant guitar chords and tumultuous drums. The digitally altered ranting verses alternate with throat-shredding howls as the drums sound in the best way like they’ve been thrown down a fire escape. The melodic coda sounds spacious and showcases the brilliant mixing that contains the band’s unhinged sound throughout the album. It builds to a wall of sound crescendo reminiscent of  early emocore for just a moment before the chaos resumes. The album’s opener might be the best single-song summary of Cloudburst, but proceeding track “Crimson Mask” unfolds with some of the band’s more audible influences; invoking a mix of Blood Mountain-era Mastodon and Axe to Fall-era Converge. The album continues it’s plodding and spazzy assault through “Tornado” and “Eternal Gunfight”, the former having elements of Botch to it and the latter a sample-heavy commentary on class inequality and the futility of existence for the non-wealthy. The glue that holds Cloudburst’s storm together is the fantastic drumwork of J. Yudha. I’ve often believed that a tight rhythm section and loose vocalist and lead guitarist is a winning combination in any rock-based music and Cloudburst deliver on this model with aplomb. Even when switching the amps to “clean” channels for instrumental interlude “Oral Staircase”, the band maintain a gritty atmosphere that conjures filthy and miserable imagery in the mind of the listener. Follow-up “Personal Golgotha” begins with heavy doom influences before blooming into a d-beat rager. This is Cloudburst at some of their most “metallic”, and will surely make for a mosher’s favorite in concert. Ensuing track “Human Origami” sees the vocals clean up into a croaking drone punctuated by howling spasms and flailing guitars. The song drags out a gloomy, fuming tirade that has similarities to Sepultura’s cover of “War” in certain respects. Though the vocals and guitars dial back the throttle on parts of this track, the crushing drums never cease their rolling momentum through the restless and lilting piece. The album closes with “First  Cry” and “Final Cry”, a two part microcosm of the band’s aesthetic. “First Cry” sounds all the parts of a modern crossover thrash song, while “Final” is a dissonant hardcore romp. In the final moments, the strings take a backseat and let their amps feedback while Cloudburst’s secret weapon takes a mesmerizing drum solo that sounds all the best parts of Dave Lombardo, Ben Koller, and Brann Dailor.

Describing the sound of the band’s new self-titled album invites a discussion about genre labels. Over the past few years, there seems to be an emerging trend of artists combining elements of metal and hardcore with modern perspectives on sound, songwriting, and audience appeal. To me, this represents a New Wave of Metalcore, but the bands pushing this new sound have managed to duck being labeled as such by avoiding all of the more memorable and negative associations with that name. As opposed to the early 00’s, when second-wave metalcore seemingly grew out of In Flames imitators adding screamo style vocals and hardcore breakdowns; this new sound seems to grow out of traditions laid by Converge combined with metal influences. Without the mainstream popularity boost of MySpace, the new wave of metalcore benefits from a more “punk”-rooted ideology and aesthetic. It’s metalcore through the looking glass, and it’s cooler than its swoopy-haired older brother was.