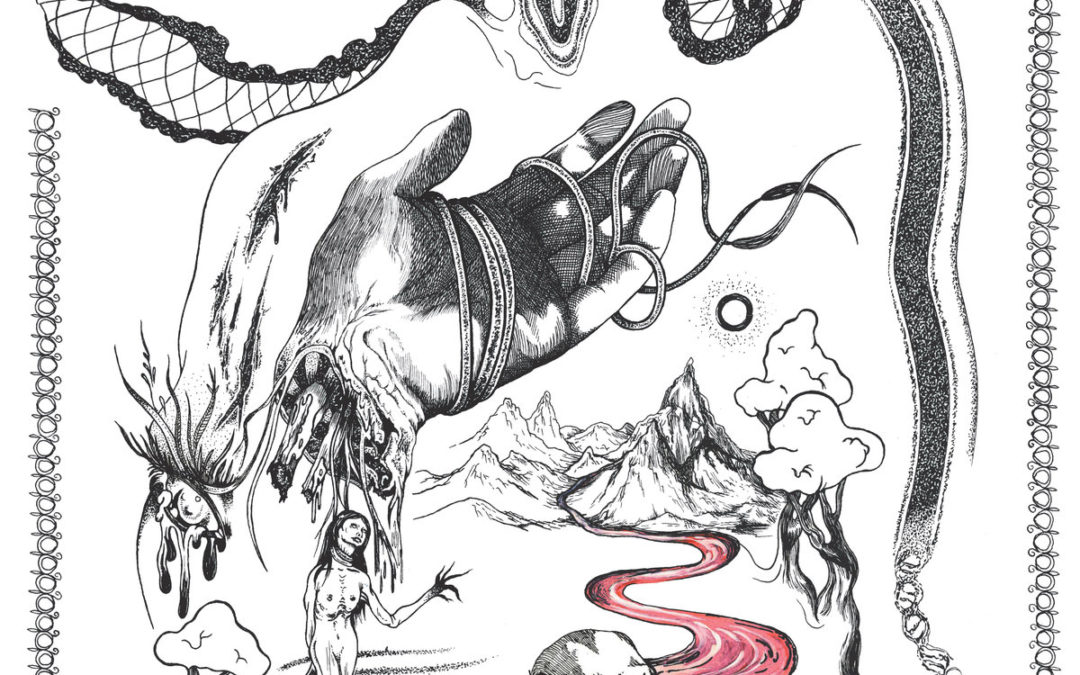 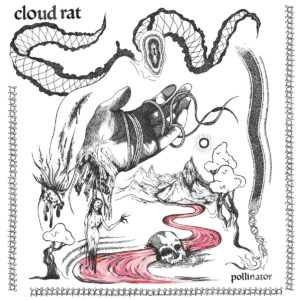 I wrote last year in my review of Clipped Beaks/Silk Panic that my favorite band in the State was working on a full length album to release in 2019. Well here we are, welcome to Pollinator. Out now in partnership with Artoffact Records, Cloud Rat’s first LP in four years is worth every bit of the wait. The band has not been idle in the time since 2015’s Qliphoth, having toured extensively, released numerous splits and compilations, and won fans and accolades the world over. You can read my writeup of Cloud Rat’s “concussive” performance at Northwest Terrorfest 2019 here on Moshpit Nation.

Pollinator is a masterclass in emotional textures. Here, Cloud Rat have displayed of all the things that make them stand out in a scene saturated with distortion and sound-alike bands. Cloud Rat’s music has always been a vessel for artistic expression and its members use sonic mediums to make stunning sub-3-minute ouvres as other disciplines might use oils and pastels. There is a complexity to the soundscapes here that is rare to find in extreme music. In addition to musical complexity, Cloud Rat are known for their abstract yet provocative lyrics and Pollinator delivers again on this front. Reading along as you listen to Pollinator feels strangely familiar yet wrong, like reading a friend’s diary. The experience is replicated perfectly in their live performance, which is an absolute “must-see”.

The opening track “Losing Weight” comes out swinging for the god damn fences. Listeners unprepared for Cloud Rat’s particular affinity for ferocity might have their head taken off by a wall of sonic assault so intense it’s hard to believe these songs are only about a minute or two long. The pace is unrelenting into Delayed Grief//Farmhouse Red. Brandon Hill flails on the drums and Madison Marshall shrieks into the microphone with so much force and overwhelming emotion that she sounds like she’s about to puke. What does vomit forth is a swirl of noise and #FEELS from the speakers as “Seven Heads” stomps into the first bit of open space on the album so far. Rorik Brooks’ guitars take a cleaned-up, somber moment which may lull one into believing that the band is about to change directions. “Night Song” begins with a wailing vocal that haunts with its absolute despondency and then the wave of noise breaks across the listener’s face. The lyrics are uncomfortably intimate and horrifyingly bleak; reflective of that unique Femme rage that tough harcore d00ds can only make impotent mockeries of but never replecate. “Coral lipstick, the first I ever received. A way to look at myself presenting in a cage. Lock and key. So it is. So it will be.”

The album moves along at a breakneck pace, an experience enriched by the combination of flying tempos and brief song lengths. On Pollinator, Cloud Rat can make two minutes sound like an epic. Unlike a lot of noisy grind bands, Cloud Rat manage to make songs that actually sound like songs. Well, kinda; there’s no refrains or choruses anywhere on the album, no sing-along parts, but there’s a certain tonality to the chaos and between the arrangements and compositions, and the band manage to make it sound like music more often than not. By keeping one foot in the world of “recognizable music”, the band are better able to carry the enormous weight of the emotion woven into their songs and to transfer that weight onto the listener. Brooks and Hill strike an ever shifting sense or lack of “space” in the sounds they create, almost as if the songs themselves are breathing in a panicked series of heaves.

The cathartic sigh of “Luminescent Cellar” is put into sharper contrast for the density of the songs before it. Brooks enlists the baritone guitars for a low n slow groove that features some of the most memorable riffs on the album. Although the mood has shifted to the bitterness after the freakout, Cloud Rat’s bad trip isn’t over yet. “I remember waking up in a sweat, pearlesque, gleaming; Being pulled like teeth”. In its final moments, the album displays some of its greatest treasures. “Perla” is a long step toward traditional songwriting and has strong Leviathan-era Mastodon vibes and ends swaying in a trance to smooth waves of distortion. Here the cleverness of Pollinator is made clear. The tracks themselves seem to lack structure, a pile of jumbled up riff salad; but the ALBUM has a distinct “beginning”, which levels off to a perceptible “middle” section, and finally the “end” truly does feel like closure on the whole emotional incident that Cloud Rat has put on wax and called Pollinator. Out now on Artoffact Records.

Recommendation: This album offers a wide variety of appeal:anyone who likes it fast, gritty, and raw will be hooked by the first track, while more thoughtful, artistic types will enjoy the gradual buildup to Pollinator’s rewarding conclusion.