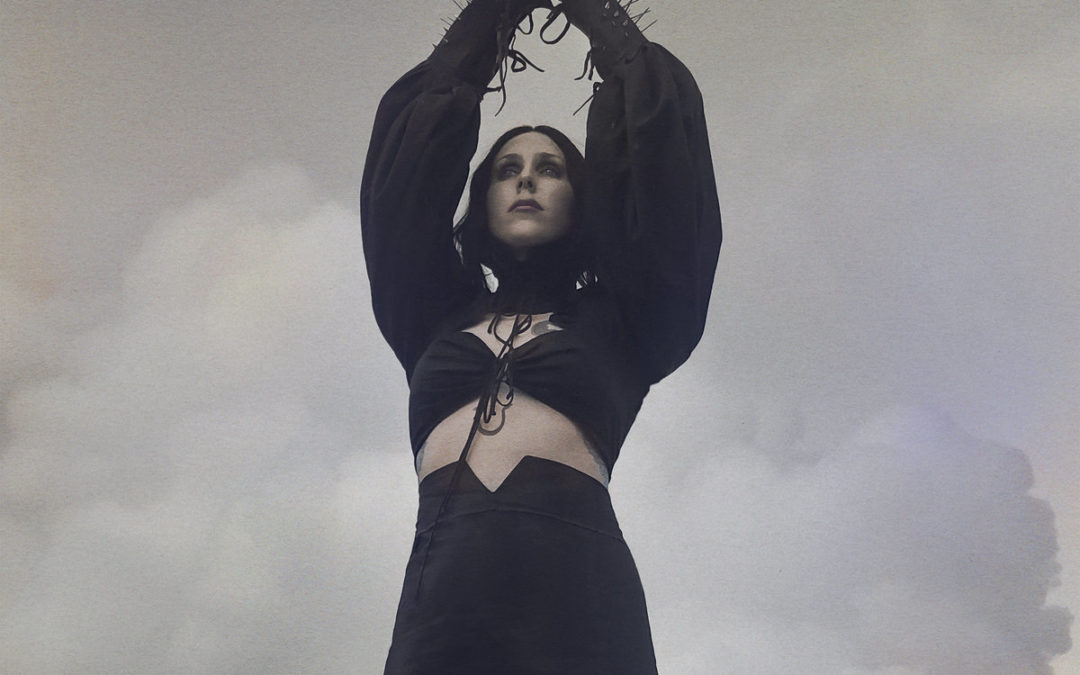 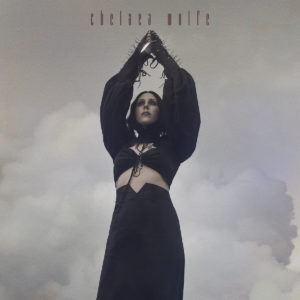 “We are filled with a longing for the wild. There are few culturally sanctioned antidotes for this yearning. We were taught to feel shame for such a desire. We grew our hair long and used it to hide our feelings. But the shadow of Wild Woman still lurks behind us during our days and in our nights. No matter where we are, the shadow that trots behind us is definitely four-footed.” – Clarissa Pinkola Estés, Ph.D.

I believe this quote fits so naturally with what it is Wolfe is trying to convey with her latest musical addition. She touches upon the feminine side and how there’s such an intrinsic yearning within women to be as free as the natural world and as wild as the creatures found there. Early September’s harvest has been quite handsome. This tender reaping has yielded our aching world with the gift of Chelsea Wolfe’s ripe seventh release Birth of Violence. The songs found etched into the grooves are as sweet as the grasses sticky with dew and as beautifully structured as the trees anticipating the toss of their crisping leaves.

Birth of Violence holds 12 tracks that urge you to let your hair hang down in wind-tangled curtains, sink your bare feet deep into the dirt of the Earth, and dance your way around what’s left of this fading summer. This album contains simple guitar melodies embellished with driving percussion, sweeping orchestral additions, and the layered howls of Wolfe’s distinct voice. The introduction into the album is “The Mother Road.” The song breathes out like a drowsy violin, and the drums ride forth like a throbbing headache or thundering hooves. Wolfe shamelessly announces,

“I do not have a child

But I’m old enough to know some pain

And I’m hell bent on loving you

Women know what it is to endure.”

The swooping declivity and skyward reaching inclusion of shimmering violins behind Wolfe’s words of transformation are a beautiful way to initiate listeners into the album. The next track, “American Darkness” is a somber tune with a sad swing to it. The guitar is subtle, but rings out with notes that hit like pangs of heavy-heartedness. Ghostly outlines of quivering vocals seep through as if they were recorded on worn tape. This song was made for melancholic twirling around empty kitchens and midnight drives with undetermined destinations, windows rolled down to allow biting air to rush in. Title track, “Birth of Violence,” begins with what sounds like a palpitating electronic heartbeat and a knocking like a massive wooden train upon wooden track. The guitar enters with a fluttering softness and creates a path for Wolfe’s sweet voice to glide upon. Both her lyrics and vocals in this song creep in with a bitter coolness, almost as if they’re a wintry wind leaking under a door to prick your skin so unready for the cold, leaving patches of tiny goosebumps all along your arms. “Deranged for Rock & Roll” is a bit grimier, a tad more unruly, and a whole lot noisier than the rest of the songs placed upon this album, but it still fits well among its softly picked acoustic partners. She sings with a bright trembling in her voice that, with the screeching fuzz and industrial churning of the drums, really adds to the unhinged tone of the piece. “Be All Things” consists of a glittering guitar plucking that trickles through the song, sighing violins that heave in and out, and a wanting Wolfe explaining,

I want to be all things

I’ve got to let go

I want to be all things.”

This song plays out like a misshapen lullaby with its subdued vocals and dark imagery of the blackened feathers of ravens and a road that leads toward death. Next up is “Erde.” This song really stands out to me. It begins with the purr of overlapped vocals. The guitar hangs low like a dim hum. Wolfe’s voice tosses back and forth as if it were a shadowed figure standing waist-deep in an endless body of water throwing “waves of devastation,” dancing and thrashing among the “swelling tide.” Plucked orchestral strings and a deep pulsing heartbeat sends the song prowling like a stalking animal. It’s dirty. It’s dark. It’s haunting. “When Anger Turns to Honey” immediately begins with Wolfe uttering a doleful cry that cuts and melts into a puddle of warmly struck strings. The vocal line tumbles along like a bee weaving through a blush-colored flowering bush, floating through the suspended strings in a dream-like daze. The drums tap like branches against a window on a breezy day. This song is so delicately dreamy and rolls along like spilled-over glass of amber sap – slow and sweet. “Dirt Universe” places you into a swirling low-end atmosphere of drums that sound like soft drippings of rain on tin and a thrumming tone swelling out from beneath. This song is so nicely manicured and polished, but definitely not devoid of dirt and grit. “Little Grave” consists of whispers of blue dreams and the repetition of the sun finding its place among the horizon each day. This song undulates gently like a tender hand to a cradle, and Wolfe’s voice bounces atop each word like a stone skipping across a glassy lake. “Preface to a Dream Play” begins with a bobbing piano. Though starting off with bright ivory keys, the tone of this song gets progressively darker with each “you were right” sung. A beat skids along beneath the chorus and sinister sounds pierce through the gloom, finally met by a spiteful “Hell is on Earth.” “Highway” greets you with the rolling of Wolfe’s impeccable crooning. With simplistic guitar strumming and the timeless words of being lost to the road, I feel as though this song could have easily been one found on an old folk album from the late 60s. “The Storm” closes out this album like a thundering applause to a show well received.

Recommendation: Birth of Violence is a soft, dreamy indulgence in wool-gathering. With flickering images of “buildings long left-behind” and the longing sedation of oneself, this album is ripe with misty reflections of past lives and the revival of old habits coming back to haunt a broken frame of mind. This album is meant to be listened to by those that wander the world with bare feet and feral eyes searching for their wild nature, wild truth.