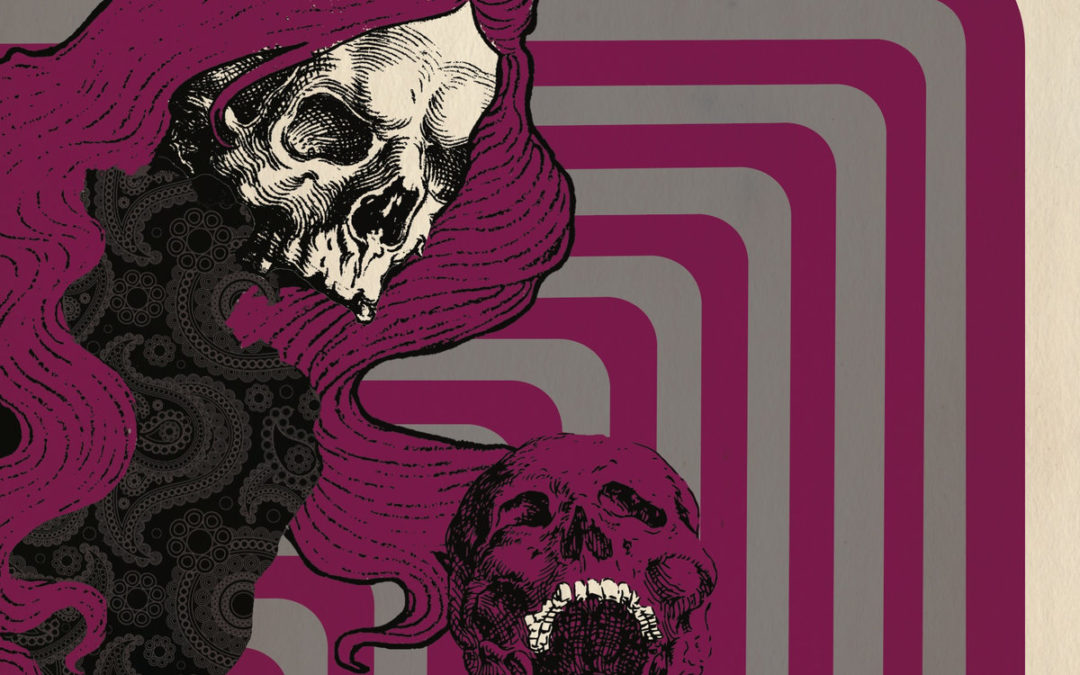 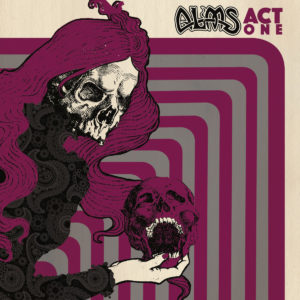 Act One by Alms brings us that classic feeling of doom metal that we all love.  The slow dirge, and the feelings of your inevitable end. But they also bring us some refreshing sounds that are more up tempo and make for a good cohesive album.  The varied elements in the songs create a great experience while you are listening to it.

Alms begins their album with some of your classic doom metal.  A driving bass drum beat, and guitars that emulate the organ music that they will play at your funeral when your friend is giving your eulogy.  There is despair, sorrow, and all of the feelings you would expect. As the album progresses, we start to get a little heavier and gain some tempo without losing that driving, marching beat.  There are more solos that emulate something a little more epic. I really enjoy the ability of the guitarists to shift from the slow solos of the doom feelings to the more epic feelings that are presented later.  I also enjoy the bass and the low tone that it brings to the music, keeping it with a doom like atmosphere. When Alms shifts in tempo, it is like the soundtrack of life. We see the sadness of our death, but then see the epic things we have done in our lives and who we were as people and maybe all of the good we have done.  It is a good way to progress the album. Their sound becomes very heavy at the end in the song Hallowed.  I would say that this song is my favorite off of the album.  There are many elements in the song that just seem to mesh really well.  The drums are guiding the music, the bass and guitars play in almost a blues style, and there are great solos.

The album would not be as good as it is, though, without the dual vocals that are present in the songs.  I am usually very weary when a band tries to use dual vocals on their tracks, but Alms pulls it off very well.  Their clean vocal style sounds like a chant that is presenting the eulogy of a person. The lyrics of the songs make you think about your life.  I know that in their song The Offering, you can clearly hear them say “Is this the life you meant to lead?” This lyric, accompanied by the music, really made me reflect.  I really enjoyed the ideas of their songs and their meanings behind it.

Overall, the album is good.  They did a great job with their sound and their vocals.  It is well worth a listen when it comes out. Pick it up and let me know what you think.