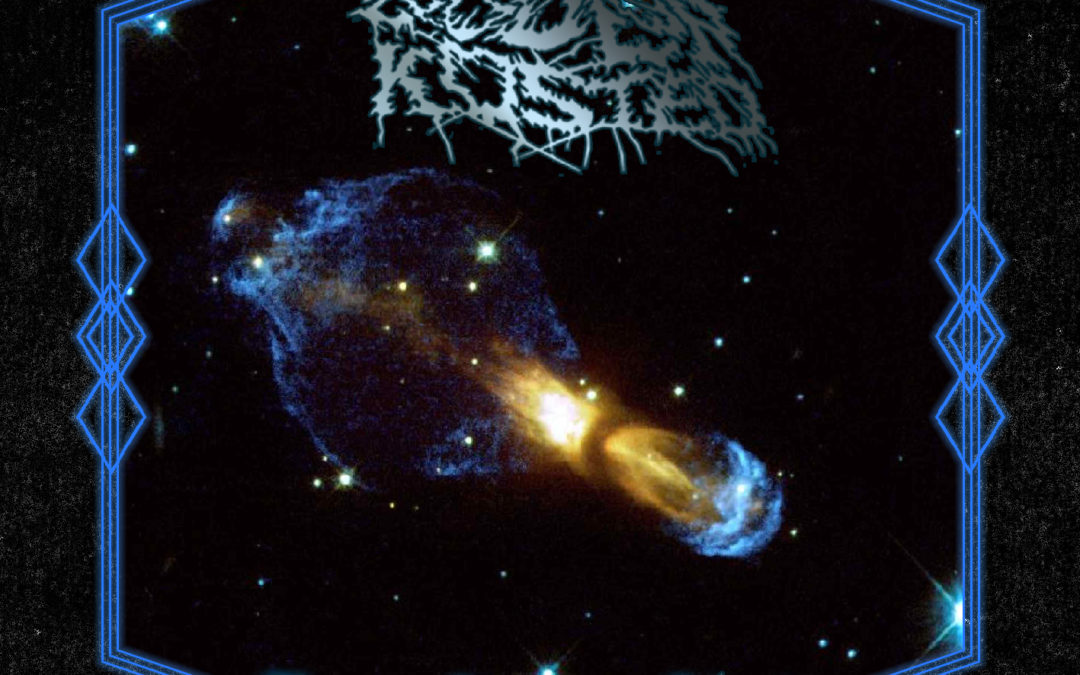 Massive and sprawling, yet somehow tightly connected through the kinetics of the music, Never Return Again is journey through the cosmos that is equally a journey through the psyche of the listener. Generally slow to mid-paced, the album takes it’s time to work through various builds and releases of tension, never rushing the moment for a quick payoff, but instead letting the organic needs of the moment direct the path. This then requires that the listener devote the necessary time to the album to fully capture and comprehend what is going on.

Little Ralphie held his mother’s hand on the shoreline of Titusville as they looked out across the Indian River. He could both hear and feel the rumble build as the Spacecraft began to launch. A new era was starting in Space Exploration and at 4 years old, Ralphie couldn’t be more excited. Anyone who had had the opportunity to speak to the precocious child knew that space was his obsession. Perhaps living so close to Cape Canaveral was the seed that started his fascination. Today, mankind was finally going back to the moon, with the eventual goals both the potentials of space colonization and determining how to go farther on a manned mission. Ralphie could and would explain all of this to anyone that would listen in the simplified manner of a young child. “I’m going to be the first man on Mars,” is how he would always end the explanation.

Never Return Again is a re-imagining and re-working of To Leave And Never Return from the same artist. To Leave and Never Return features ten tracks labeled I-X in roman numerals. It would appear that Never Return Again pairs those tracks in its reworking in a slightly odd cyclical manner, with I paired with X, then II and III and the rest in similar numerical order, giving five longer tracks versus the ten shorter from the initial 2018 release. I’m afraid that someone with more time and patience than I will have to explain how they compare. I do find it interesting background information, but my listening and writing focus is on the newer Never Return Again.

Ralph Syrus, now a grown man, could hardly believe it was finally happening, even as he sat in the chair at the front of the spacecraft. Today, he would begin a journey that no man had ever attempted before. He and the rest of the crew were going to Mars! So many years of study and training. So much sacrifice on the part of his family. So many early morning runs and late nights study sessions. The road had been hard…sometimes it had felt impossible…but here he was, in the final moments before countdown and launch.

Musically, Never Return Again has many different things happening. Though still black metal at it’s core, I would suggest the pacing is closer to doom. There are sections of blasts and tremolo picking, but also synth only stretches. I would suggest that perhaps the vocals are the most consistently and traditionally blackened, but even there we find some variation with some spoken word parts, along with the more traditional howls and wails. Jazzy parts, meandering parts, intense parts, the album is really all over the place, but it’s not scattershot. The transitioning (and there is a lot of it, by design) is excellent, which makes the album a cohesive whole, regardless of how many side streets it wanders down.

Ralph stared out the tiny window, still in shock from the events that had transpired some three hours before. That he was even alive was a miracle…or perhaps the worst nightmare. He was sealed in instrument room about a third of the way down the spacecraft, and feeling alternately thankful and horrified that he had thought to close the sealed door upon entry. The piece of space debris hadn’t been very big, but it had been large enough and going quickly enough to puncture the hull of the craft. What had followed was a chaotic and quick death for the rest of the team, and a new, unknown and unchangeable course for the ship. Yes, the more he thought about it, the more he realized that the rest were the lucky ones. He would die slow, unless… He turned and stared at the latch on the door leading to the rest of the now compromised ship. Could he do it? He turned back to the small window to stare at the cosmos and pondered…

In the final analysis, Never Return Again is not an easy listen, but in a different sense than I often think of that phrase. This is an album that requires the time and space to really listen, to really let it move you and take you in various directions, to let the album and your psyche have a conversation with each other. Multiple listens in, I feel I still haven’t absorbed the fullness of it, but I am convinced that the payoff is in process, partly here, and growing. I’d love to hear what you think.