Yaldabaoth – That Which Whets the Saccharine Palate 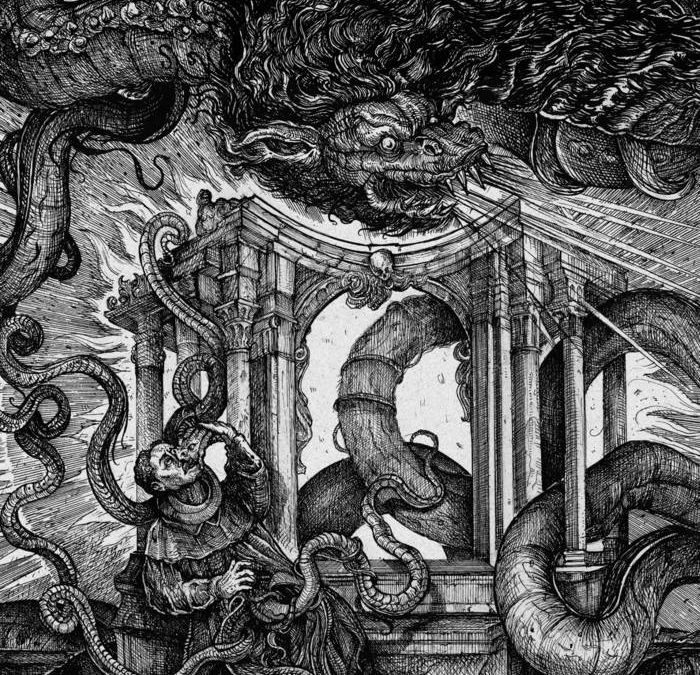 Album – That Which Whets The Saccharine Palate

Forty-five minutes of blistering chaos, punctuated by segments of crawling, evil horror. That Which Whets The Saccharine Palate ramps up the tension of existence by carefully weaving strands of dissonant mysticism into murky fog of blackened horror. Take heed. This is not a light listen, nor is it for the incautious. Saccharine Palate is a visceral voyage into dark places, and exploration of the eternal battle, a tormented discovery which may well shatter all the illusions which you hold so dear. Once Yaldaboath have their hooks in you, they will not let go easily. Passages from this offering may haunt your dreams. Progressions may stalk you, lurching forth into the corner of your vision at odd times, then disappearing just as completely.

In only their second offering to the world (as we know it), and their first full length, have achieved a remarkable feat. It would be easy to say that this will appeal to fans of mid-period Deathspell Omega, a notable master of this swirling, dissonant style, but really they have outdone them. Thick with fury, blistering with chaos, abundantly brutal, and yet atmospheric in a way that is all encompassing, Saccharine Palate takes everything I love about the style and turns it up to eleven.