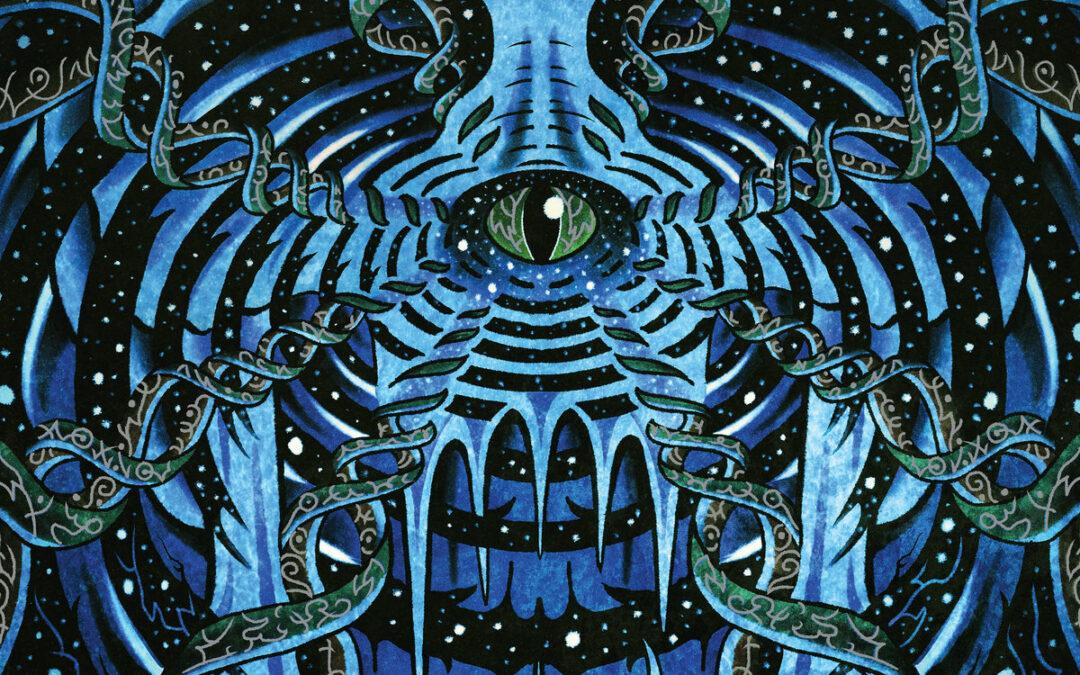 I’ve been following Xenoglyph since its debut, Mytharc. It actually made my top 25 for 2020, so when I got the email about a new Xenoglyph album/promo, I instantly became ecstatic. Xenogylph has gotten a little more attention with this new release, Spiritfraud. Which I’m delighted to hear and witness because this band really deserves the recognition.

Anyways, Spiritfraud carries you through portals and dimensions that really stick out as stand-alone pieces of music. It’s cohesive all together, but each track stands on its own two feet, or does it levitate sternly? Whatever it does, the presence is felt, and with such clean production, it really adds to the depth of the atmosphere. Deadspace creates an enormous atmosphere by giving us a gigantic wall of sound. Xenoglyph gives us its solar opposite with a vast atmosphere created by how clear the music is. With every tremolo picked, you hear the string being brought to life through each burst of vibration that is given to the guitar strings. It’s wild, but it really works, giving the music a cosmic, futuristic, alien technology-like sound.

I can’t wait for my vinyl to come in so I can spin the beautiful design and get lost in the album art, which is one of my favorites of the year. The shades of blue used are ever so inviting.

This is a perfect summer black metal album that doesn’t drain the light, nor does it run towards the sun. Enjoy, my fellow homo sapiens!

Spiritfraud was released on July 15th, 2022, through Translation Loss Records, and as mentioned above, this record can be bought on vinyl and/or digitally. Choose between two stunning variants. You can’t go wrong with either, honestly.

Biography: Michael Litteral is just your friendly neighborhood metalhead who can’t seem to find his way out of the black, and he’s just fine with that.