When I Die, I Will Get Better? – Svalbard 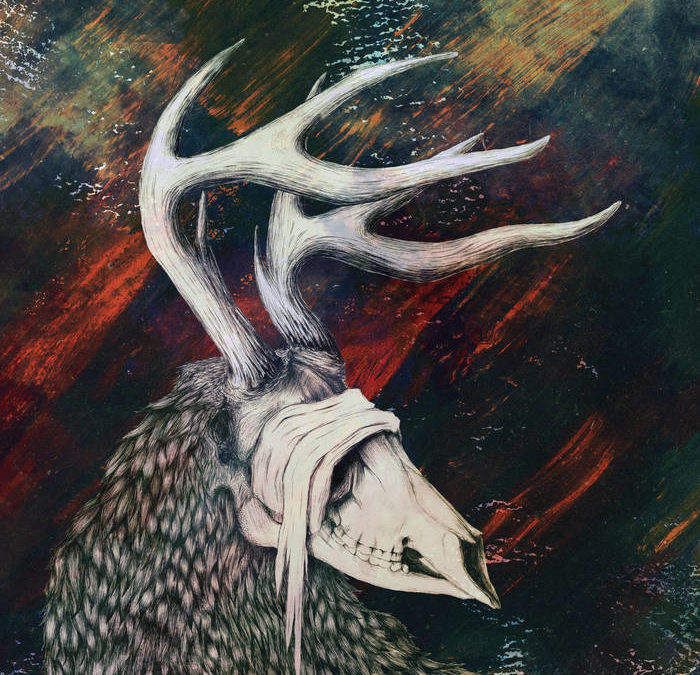 Album – When I Die, I Will Get Better?

Svalbard is a triplet from Bristol, UK, consisting of Serena Cherry (guitar, vocals), Mark Lilley (drums), and Liam Phelan (guitar, vocals). Their third studio album, set to release on September 25th, is exactly what is needed in such a turbulent time of confusion and gloom. Svalbard states their points without hesitation, and their messages come across crystal clear. Cherry’s lyrics are raw, forthright, and real. When I Die, Will I Get Better? consists of eight songs that refuse to hold back. The music blends together shoegaze elements with that of post-rock and hardcore.

When I Die, Will I Get Better? bursts immediately open with the outpouring of emotion that is “Open Wound.” Cherry’s airy vocals lightly drift atop a crashing outburst of drums and the guitars flicker out into the dark. A scream emerges from the shimmering textures,

With your beating wings

The lyrics come from a place of great darkness, but the song itself seems to strive toward hope. There’s over five minutes of sheer, powerful emotion. As it nears its close, it sounds as if it is floating upward toward lighter things. The second track, “Click Bait,” begins suspended in a beam of light; the trembling guitars are drenched in reverb, and Cherry’s voice floats out softly as she sings,

How am I represented

When I have no control?

How is this a platform

when you manipulate my words?

There’s the clicking of drumsticks and the song suddenly tumbles into a faster paced intensity.

To be a divisive

From the rest of the desperate click-bait article

We are used as fodder

Because the presence of a woman

The lyrics deal with the topic of women being used as bait to create animosity among people on the internet purely as a way for websites to gain clicks. “Click Bait” is deservedly pissed off and positively irate; bringing to light a topic that is not so commonly talked about. The final line of the song,

One day, when I’m represented

I will have control.

Third track, “Throw Your Heart Away,” is explosive. The opening lines demand the removal of something that is so vital, but will ultimately only cause pain:

Throw your heart away

It’s going to get broken anyway

Every instrument on this song is impassioned and overwhelmingly fierce. The beating on the drums comes down in torrents like violent rain, and the guitar riffs are distinct through the high-energy noise. The lyrics deal with hopelessly futile love and the vast emptiness it creates inside:

I am perched on the end of your knife

I am lost on the outskirts of your life.

“Listen to Someone” tells a story about how important it is to be the one to reach out to those living with mental illness. The twinkling guitar notes remind me of stars peeking out through a darkened night sky. The opening lyrics paint a simple, but bleak picture of repetitive sadness:

The song takes a (musically) heavier turn and the intensity of the instruments is turned up.

If I could fix it like a broken limb, I would.

If I could stop these thoughts and start again, I would.

I would leap at the chance,

But the chance: it does not exist.

Some illnesses – they just have no fix.

“Silent Restraint” explains what it feels like to be a burden to those around you; what it’s like to desperately want to explain yourself freely and completely without fear:

Wish I could write from the heart

and tell you what’s wrong

and put this gnawing into words

But the path is blocked

by a wall of glass

I scream: and it just bounces back.

“What Was She Wearing?” explores sexual assault and the Madonna-whore complex. There are people in the world who fail to observe women as complex, multi-faceted beings. They believe that women can only be good and pure Madonnas or that they can only be promiscuous whores. To them, there is no in between. Cherry sings,

If I don’t cover up,

Does that make it my fault?

You have painted me

So the clothes I am wearing

Than the things I am saying.

And the only thing I can be

Is a prude or a whore

The song begins in a beautifully soft manner with darkly atmospheric guitars and slowly-swaying drums, but it builds up into a full-hearted questioning of society:

Why are we still being punished just for having a body?

Why are we still being judged solely on our clothing?

Showing flesh does not deserve shaming

Showing flesh does not warrant blaming

Why the hell must you ask what the victim was wearing?

This song’s lyrics are wildly important and they emphasize a topic that is still being silently swept beneath the rug. To be fair, all of the lyrics found on When I Die, Will I Get Better? focus on incredibly important topics – the music that goes along with it is just an added bonus.

Recommendation: If you are looking for songs that are a middle-finger to misogyny and apathy, then this album will strike all the right chords within your warm, but battered heart.