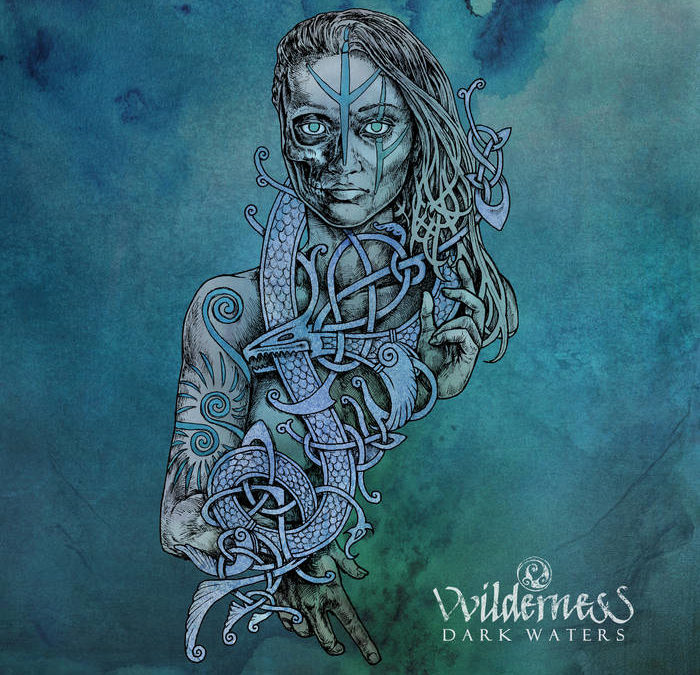 Despite already presenting a considerable discography, only now I’ve been exposed to VVilderness’ take on Black Metal, in its atmospheric, sometimes post, mostly folksy and somehow neo-classic lingering musicality.

While it may be regarded within the same approach of Saor, Moonsorrow and other bands that present a strong folk and acoustic presence in their take on Black Metal, I do largely prefer the sound of VVilderness to the aforementioned, even if that upsets the legion of Saor fans out there.

In “Dark Waters”, VVilderness smoothly introduces soothing female vocals that, not only help on the more atmospheric and calmer passages, as they do actually enrich the overall aesthetic of the music.

You can call it post-whatever, but honestly speaking, this is an absolute masterclass of Atmospheric Black Metal, where the calmer interludes always add to the music and do not serve as fillers. In fact, even if the general riffage of the heavier parts is consistent, ear-catching and great all around, it is the accomplished balance between the rough and the calm that takes this project to a high standard level of achievement. And “Dark Waters”, having been released in January (almost always a big turn down to be remembered at the end of the year, when that sickness called AOTY appears), it will surely deserve a high place in many listeners’ charts.

Texturing the music in just the absolute perfect doses of calmer passages, and the capacity to achieve evenness between those and the perfectly harmonized Black Metal parts, is in fact what makes this album such a solid proposition. Also, there isn’t a single moment in the album that presents slight clues of being dislocated. The whole thing is fluid and harmonically achieved.

In a more personal tone, this album has been probably my best find, at the right moment, in a long time. It has been helping me at a personal level dealing with my own issues, my inner turmoil, and it has so, because it is exactly what I needed right now. Sometimes music (and life) seem to conjure in order to help you, and this has been the case.

Summing the parts, and self-demise apart, this album is a real treat of Atmospheric Black Metal with Folk approaches. It is incredibly well constructed and it oozes contemplative, focused musicality, enriched by a mammoth sense of melody, a prodigiously achieved architecture and an accurate sensory perception of delivery.

For me, this simply attains choate.

Biography:  Nuno Lourenço is a hard metal fan since the mid 80’s that has never lost his track and still lives for his daily fix of extreme metal. He is so passionate about music in general and extreme metal in particular that he actually started playing and recording his stuff at age 43. Contrary to many of his contemporaries, he believes that metal is better now than it has ever been, and he simply awes with the quality and freshness of the new metal releases that come out everyday. Nuno’s passion for Death and Black Metal, especially on the most experimental/avantgarde and atmospheric subgenres is legendary (at least in his house).