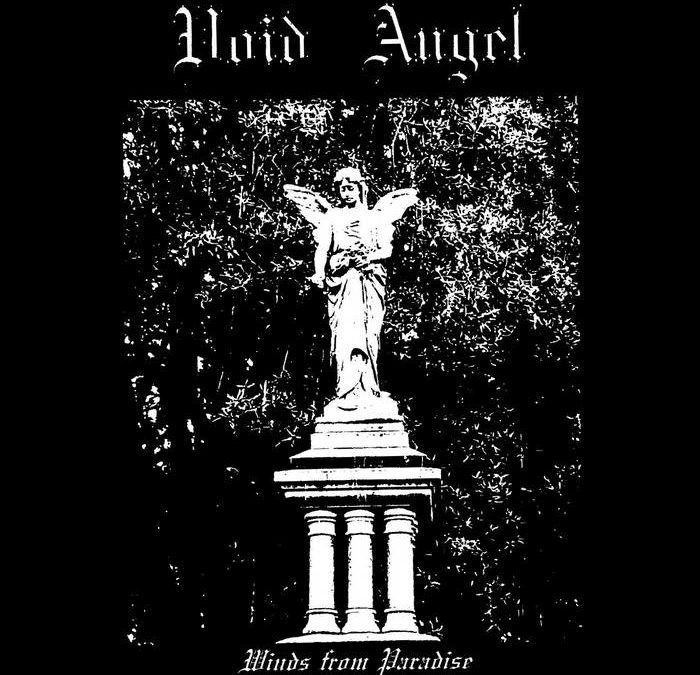 Hailing from the UK, Void Angel is an explicitly antifascist (solidarity!) raw blackthrash project with some real teeth. Winds of Paradise, a brief fifteen minute EP, marks their second offering. As many of you know, I’m super picky about blackthrash. Too much of it sounds like recycled riffs played like garbage, in order to capture that raw feel. Void Angel most certainly DOES NOT fall into this trap. This release has real riffs, played well, and yet retains that rugged feeling through production choices. That’s not to say the production is bad. Everything can be heard clearly. It’s not polished though, and it ends up working really well.

Equally important to the music, is the message. Dragged Backwards say:

You speak of progress? The birth of a nation?

And hell awaits when you run out of past

Ask yourself what progress really means and if the cost is worth it. Further than that, Void Angel puts their money where their mouth is, donating proceeds to the revolutionary social struggle. At the time of this writing, all proceeds from sales will go to the Bent Bars Project.  https://www.bentbarsproject.org/

Though this release is brief, it’s a good taste of what will hopefully be coming. Quality composition presented in a raw manner that really grabs the listener viscerally. Full support for Void Angel and what they stand for!