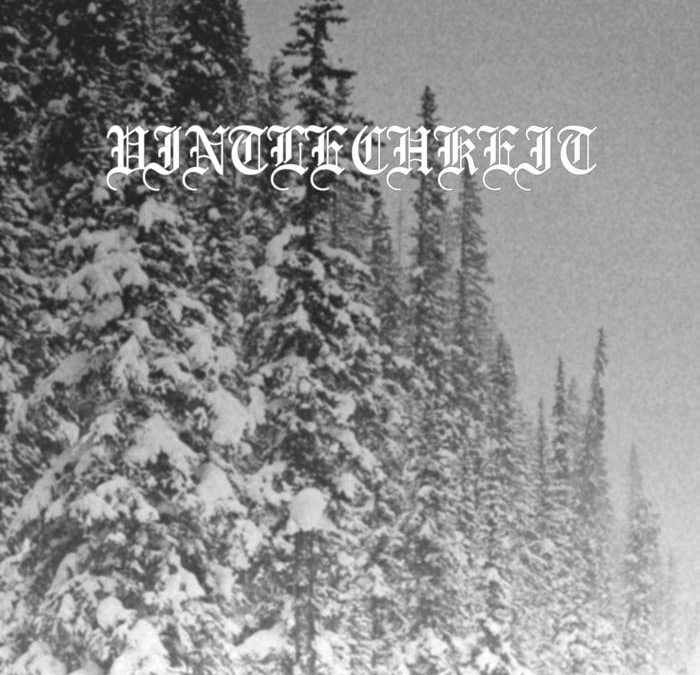 Everyone who’s ever taken the time to learn about black metal knows that Norway is the quintessential breeding ground for the genre. The 90’s and early 2000’s saw some of the most recognizable and memorable black metal ever released, but some have said that in more recent years Norway has kind of fallen off of the radar in regards to quality black metal.

Bands like Vintlechkeit intend on making this as false an accusation as possible. Releasing their first demo on August 14, 2017 titled “Evig og Mork Vinter”, a sixteen minute and twenty-nine second track that’s full of chilling atmosphere, icy guitars, shrieking vocals and acoustic interludes. It was very clear that the band had something to prove, and they had a damn good start proving it. The next three years would see a total of fifteen releases ranging from a plethora of demos to several splits and compilations. It would seem that Vintlechkeit were beginning to make a name for themselves with their icy Paysage d’Hiver-esque sound. Copies were selling out faster than they could get them made, and some of these became rather sought after among certain circles.

Two of these demos bring me here today. On March 16, 2020 the US label Eternal Death would take the two demos “Svartskogen, Svartvinter…” and “Dodssted…” and release them together on a 12” vinyl format. Though limited to one hundred copies, this was something the fan-base was truly excited for. But let’s talk for a moment about the music itself.

First up, we have the Svartskogen, Svartvinter tracks, which feature the icy melodic torrent of repetitive guitar rhythms that are so prominent in the black metal world, but when it’s done right, it’s damn good. The second track to this side is a dreamy ambient track which sets you right on the mountainside, giving you a solid six minutes to contemplate the music you just heard. It’s a fabulous way to end this half of the compilation.

Side B starts off with the ambient track, but this one feels slightly more sinister, as if it were to forecast what is to come. Slightly shorter in length, so you’ll not grow bored of it if you’re just wanting to get to the meat and potatoes of the demo, and we all know you’re here for the black metal. Taking cue from the first track of this side, the second track titled simply “Dødssted…” absolutely bears a more sinister emotion to it. Not much has changed in the formula, but the delivery itself is much darker, very melancholic if you would. I must admit this half of the compilation I enjoy very much. It absolutely connects with me from the buzzsaw tone of the guitar, the desolate screams, the soul tearing hopeless feeling the acoustic guitar brings towards the end of the track. It’s all very bitter, very gloomy and I absolutely love it.

8/10, and I most definitely suggest you check out the “Dødssted…” half, which i’m sure you will.

Biography:  Just a father and husband who loves Black Metal.