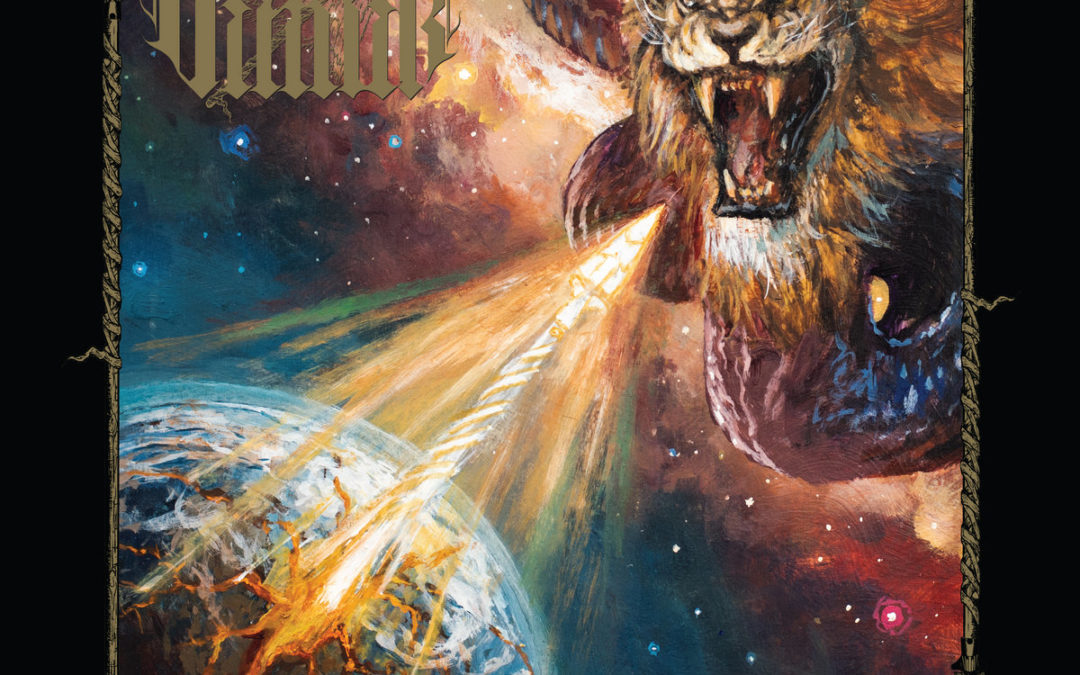 I’m an Atlanta boy; I was raised and currently reside on the south side of town. It’s something that I’ve known for most of my life. Atlanta’s metal scene isn’t as big as other areas, but we have some sick artists that I am damn proud of – Cloak, Hellgoat, Sadistic Ritual, and Internment are only a few that come to mind quickly. Vimur is undoubtedly amongst the Atlanta Elite, and I am damn proud to review their latest release, Transcendental Violence.

Vimur is no stranger to the scene. With their 2019 release, Triumphant Master of Fates, the world had a black flame shed light on their brutality and delivery of audial terror. Vimur’s sound has always been riffy and like a wall of sound. When I say that, I don’t mean Darkspace wall of sound where the static presence helps morph everything into one colossal product (I love Darkspace, no shade thrown their way). Vimur comes at you with excellent sound production, but there’s so much going on to where it’ll knock you down like a wall of bricks every time.

The album starts with “Aeonic Upheaval,” which really shows us a glimpse of the Vimur we all know and love. Riffs, a groovy drum pattern to keep us dialed in, every instrument clear, and then the blasts and relentlessness charge to devour anything in its path. Also, I must add that Kiehül uses a 7-string bass that brings the rumble and keeps up with the fast riffing of the music. (I was in awe watching the band play this album live at a high intensity and so seamlessly.)

The ferociousness isn’t overdone to the point where the music sounds like noise. With plenty of melody within the dueling guitars, this album flows through the turbulence of space without losing coherency. We have something with harmonic chaos (as contradictory as that sounds) that can be found in a dominant fashion for a great deal of this record.

I’m glad to know within The Order that this has gained some traction. I hope this will be the album to make Vimur more of a household name within USBM and show that Atlanta has quite a few stellar projects within the city.

Transcendental Violence was released on April 2nd, 2022, through Boris Records. You can be picked up digitally or physically on vinyl. But come on, let’s be honest, the album art is badass enough to buy, even if you don’t spin the wax.