Vile Ritual – Tongues of the Exanimate 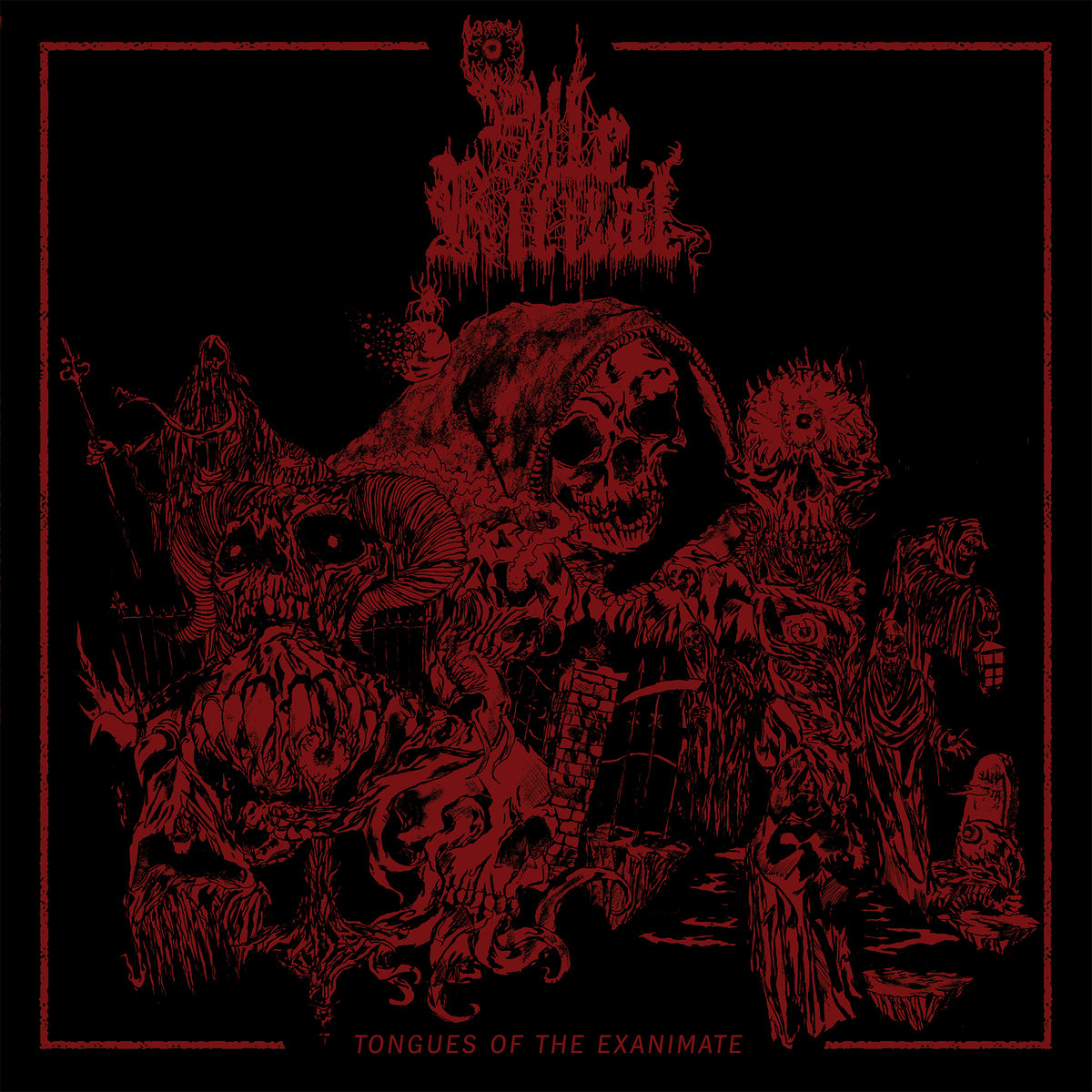 Album: Tongues of the Exanimate

Blackened death metal filth has become a delicacy in recent years. As black metal and death metal, generally speaking, rise in popularity, and show no signs of slowing down any time soon, we can still find black/death metal hidden away underneath all the grime of the underground. That might not sound appealing to some, but for those who seek it, live for it. And rightfully so, I love this specific subgenre and its forever dedication to the depths where no light travels to.

Tongues of the Exanimate clobbers itself through 6 tracks. 1-3 being new material, and 4-6 being tracks from their prior, self-titled demo. One difference that is found right away is the new tracks lack the echo on the vocals. I actually like this direction, and I think it was the right move. Production was kicked up a bit to give the music the extra crunch. It’s as if all of the components were turned up a bit to give the presence of being right in front of the massive speakers that are blaring the music. The musical compositions show more angles on the newer tracks showing growth. Track 2, Spectral Fold, shows nice, dissonant black metal roots which really open up the possibilities for what might come in the future. It kind of reminded me of Aosoth, whom I’ve been obsessed with in recent months. So, hearing that connection made this album an automatic winner. I also enjoy presenting the older sounds and ideas with the newer tracks. It adds another dimension to the overall sound. For example, I think ending the record on ‘Dirge of Inevitable Fate’ was brilliant. It’s a fantastic track, and it helps the album end on a high note. It’s probably my favorite track on the record. The hypnotic guitar ringing in and out in the background mixed with echoed whispers. Damn! This is a good one! Sentient Ruin is wasting no time with releasing banger after banger first thing in 2022, but are we really surprised? Sentient Ruins knows great talent when they hear it, and this band/album helps support that case.

Tongues of the Exanimate was released on January 27th, 2022 through Sentient Ruin Laboratories digitally and physically. It’s available on cassette and vinyl. The red one looks really nice comparing it to the album cover, just saying. Sentient Ruin is only warming up, keep an eye out on what they have planned for the coming future. I don’t know about you, but I’m excited as Hell for it.