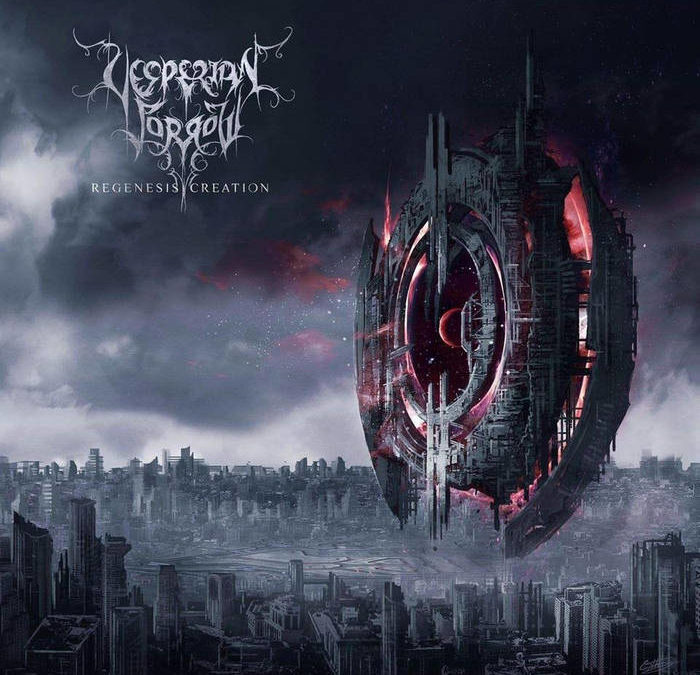 Regenesis Creation was originally released in 2006 by the Texas black metal quintet. In 2019, they made the unconventional decision to release this new version. While it’s not that uncommon for a band or label to re-release an older album, this is actually a re-recording, which of course means new mastering and mixing. Three fifths of the band remains the same, including Donnie on vocals, Will on guitars, and Kristoph on drums, keys, and synth. For this version, Jerry replaces James on the other guitar and Justin replaces Tony on bass. Note: Since the label was kind enough to send me a physical CD, I went with the name spellings used in the liner notes on the packaging for this album., which is beautiful, high quality, thick card stock, by the way. The presentation is very nice.

Musically, the eight tracks plus intro do not sound dated. They sound very at home in 2019 (and 2020, while I write this review). This type of larger, more epic black metal sound is usually a little bit out of my wheelhouse, but Vesperian Sorrow manage the style very well. There are epic elements, symphonic elements, but nothing is too over-the-top big and bombastic. The band retains some real teeth through the album, unlike others who try to go too big and lose that dangerous feel. That said, Regenesis Creation MMXIX is certainly a well produced, accessible sound compared to, say, Second Wave Scandinavian black metal or the current raw scene. Done well, all of these styles have merit, but I think it’s worth pointing out what you’re in for.

Layers of guitars ride over top of the steady rhythm section, creating a soaring audio landscape that sounds very visual to me, if that makes sense. The vocalist has a strong growl, with some rasp to it, high enough to fit the black metal tag, but also has a couple of other tricks up his sleeve. The album cover is suggestive of both a post-apocalyptic future and sci fi, and I think the sound fits both themes well, in fact, tying them together. A glance at the lyrics puts us into the realms of fantasy, another good fit for the musical style.

This album is dark imagination writ large. Regenesis Creation MMXIX would make a great soundtrack for your next Dungeons and Dragons campaign, even if it’s not quite thematically there. My best suggestion though is to put it on in good quality headphones, zone out, and let your imagination run wild. The music will reward you with your own unique journey.