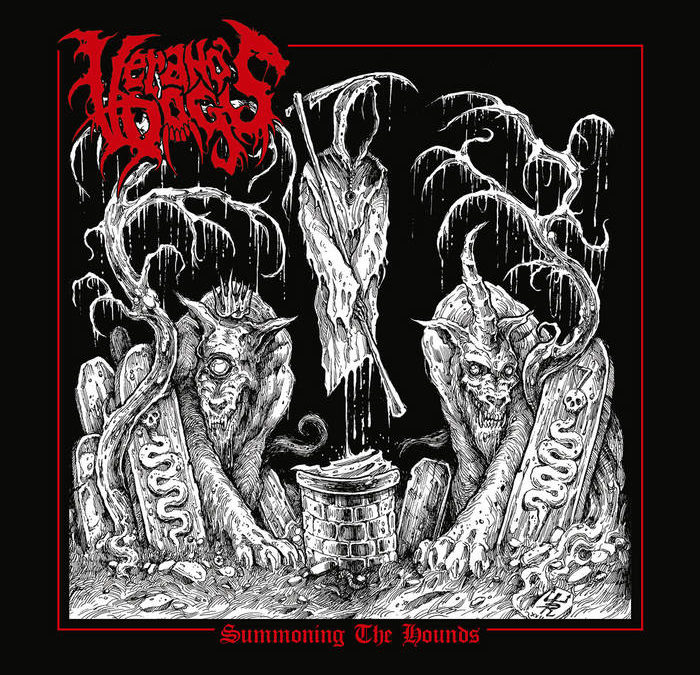 Abrasiveness and belligerence are basically the name of the game in grindcore, and Verano’s Dogs certainly has both in spades. The Italian project, currently a duo (according to Metal Archives), formed in 2015 and so far has only this release to their name. It is my hope that more will be coming, as they do grindcore well.

On Summoning the Hounds, varied but invariably obliterating drumming provides a lynchpin to the chaotic and hm-2 tinged riffs that fly past fast and furious. Thrumming bass helps direct the frenetic pacing, while dual vocals – a scream and a growl, of course – burst forth staccato style from the whirlwind of destruction.

At about twenty-three minutes long, Summoning the Hounds is a full length in grindcore terms only, but there is a wealth of passion, pain, and riffs packed into that relatively brief timeline. The band does not reinvent the wheel, but firmly implants themselves as a worthy entry into the annals of grindcore done well, done in an interesting manner, and done with fury and passion.

All you grind lovers out there, just…press…play!