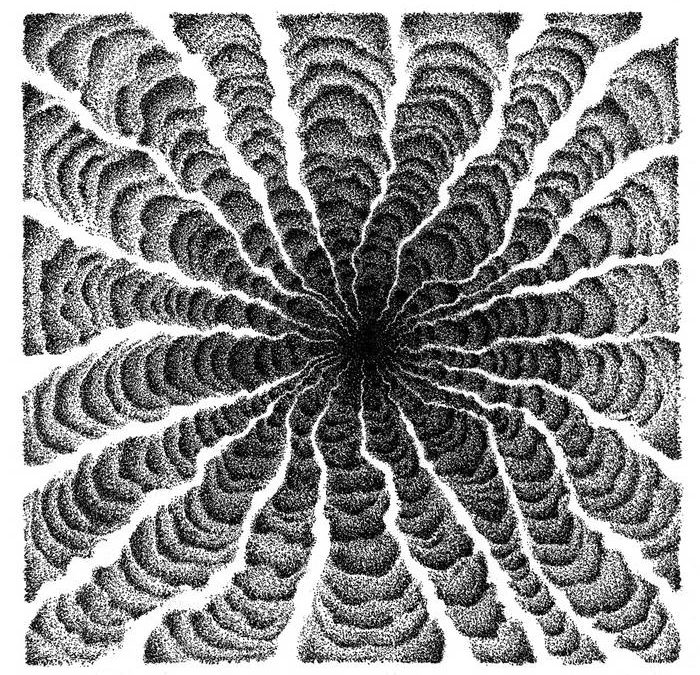 Venomous Skeleton is a three-piece extreme Death Metal band from Tel Aviv. Now, I don’t know much about Israeli underground Metal, but these guys are sure as hell intent on taking us down there with them. And I say amen to that!

“Dawn of the Beholders” serves as an opening to the pit of despair. It spirals down, down, down into the “Divine Realm of Existence”. There the dead gather at the center of the underworld, where Venomous Skeleton performs as the house band.

The “Tomb of the Restless Soul” lies buried under the stage. A group of Kandarian Demons mosh nearby, as ND’s blood and reverb soaked vocal/guitar delivery opens a hole behind TD’s drum riser. CD, drawn to the low end of everything, plays on. His bass amp explodes through to another dimension; a hell within a hell.

If the first three tracks represent a party in the old dimension, “Alevas San Tatiana Aleli” is the beginning of a new order. There is a battle brewing in the underworld. This party is getting out of hand. Limbs fly; Blood spews (everlasting). ND’s vocalic grimace, now joyous, calls upon the new order to “Rise!” And as they obey, the dead kill the dead.

The ghouls are marching, head-on and hell-bent, interchangeably drinking from the “Chalice to the Other World”. They carry their victims to the altar for sacrifice to the mighty Venomous Skeleton. “Taste the Celestial Blood”, you insidious cretins! That’s right! Taste it! Like breakfast in a glass! But drink slowly, now. Let’s keep from choking on the bones, shall we? Otherwise, they’re all gonna laugh at you!

Those who still wish to dance do so by the “Curse of the Moon”, slowly and for long enough for CD’s slithering bass to begin an “Hallucinogenic Sulfuric Mantra”.

“Drowning in Circles” and tired of fighting, both old and new worlds establish a conclave.  A scattered circle pit begins in the middle of a blood ocean. Culminating into a slow sludge through shallow water. You can see it opening up, as ND screams “MOSHHHHH!!”

At this point, would YOU argue with the man?

Biography:  VUK is here for the music. He will stay for the tacos, if you’ve got any.