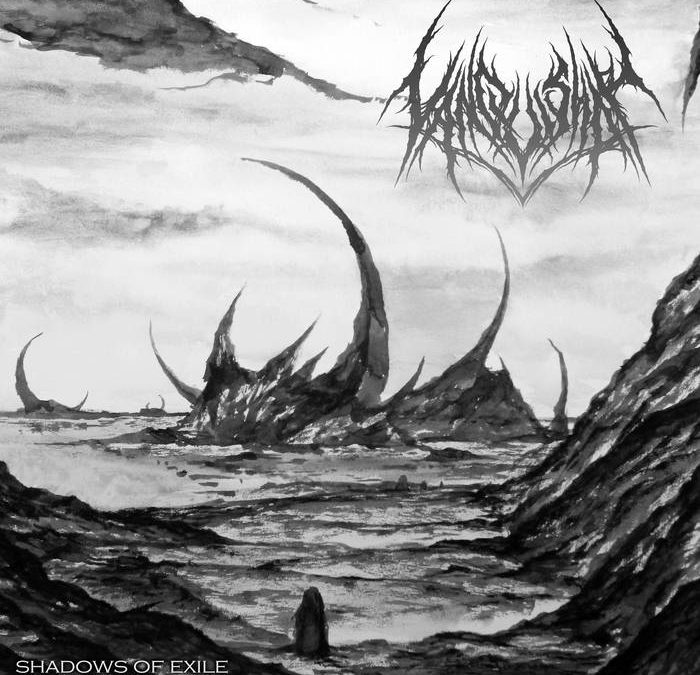 I became aware of this initial offering by the Kentucky quintet through guitarist Jon Glenn, who is a friend and fellow metal journalist. We connected at some point within the last year under that context. I was happily surprised to learn that the homie also brings the riffs! Vanquishor is a relatively newly formed project looking to make it’s name in death metal and they appear to be off to a solid start. In addition to Jon, Vanquishor also features Clinton Oglesby (guitar), Cody Conde (bass), Dan Alvey (drums), and Chad Davis (vocals).

Though the EP starts with a beautifully rendered acoustic introduction, it becomes quickly clear that Vanquishor are about old school meat and potatoes death metal…the kind with a hearty side dish of thrash influence to boot. The drums and bass provide a rock solid underpinning for the riffs…and the near half an hour they give us is definitely riff-driven…while the vocals cover the whole serving with an intelligible, but guttural gravy. From rhythm to leads, hammering bass to ballistic drums, growls and beyond, the entire serving is delicious!

Now here’s the unfortunate part. I’m still hungry! Shadows of Exile feels like a mere appetizer. Every time I put it on, I just really start grooving (and there is certainly some groove here) and the EP wraps up. Come on guys, give us some more! Here’s hoping that happens soon.