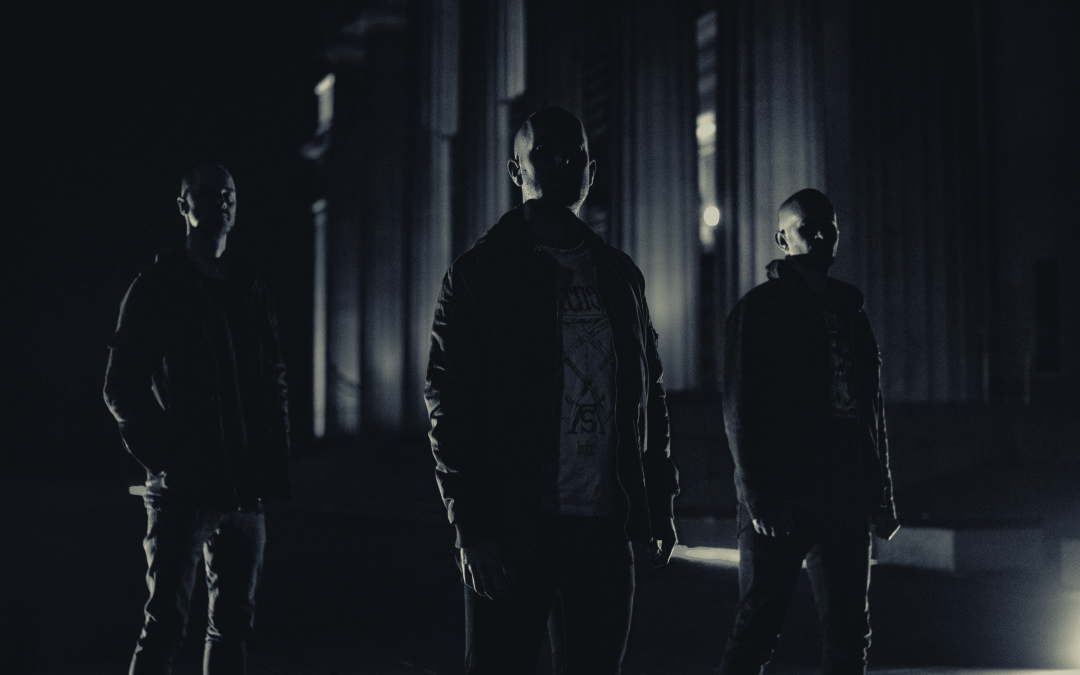 The decision to move to Debemur Morti came about when we were first making inroads with the writing of this new album. We had a few directions we could take – one of which was to renew the Relapse contract. Relapse has always treated us 100% professionally and transparently, and the guys we worked with there are friends – but at this point in the band’s life I feel that we need to be collaborating with partners who share the same conceptual and artistic alignment. DMP had reached out prior, and they are a label who has always been in my peripheral view, so it’s a very natural pathway for us going forward. Label owner Phil and I see extremely eye-to-eye on the vision of this style of music, so it’s an effortless partnership. 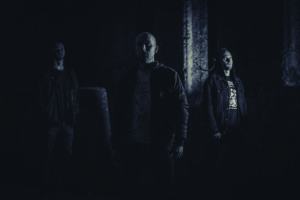 2) Jamie [Saint Merat], you record and produce Ulcerate’s music: Each Ulcerate album sounds different than the last, but after Vermis you said you were trying to explore a less dissonant sound. The new album is much cleaner and more spacious in the mix and sounds more “produced”; how much of that is your deliberate vision for the band versus your growth as a producer?

First of all I’ve never classed myself as a ‘producer’ – audio work is not my career, just a passion I have that enables us to be as self-sufficient as possible. Every album has been very deliberate from the outset in terms of how we’re positioning it sonically, ‘Stare…’ is no exception. We had been pre-producing the album since the end of 2018, which included a plethora of test mixes trying to find the absolutely right balance between filth and clarity. So by the time we came to track, the path to completion was extremely clear with very little left to chance outside of the performances themselves.

3) In an interview promoting Shrines of Paralysis, you expressed that the band had said all you could with the full dissonant approach and you were trying to explore more ideas and sounds. Can you comment on how that exploration process has been and how it influenced the new sounds on Stare into Death and Be Still?

With ‘Shrines…’ we weaved melody into the waves of obfuscation, with ‘Stare…’ we’ve more or less dropped the dissonance entirely. Obviously our sense of melody is unconventional, and the way we orchestrate the instrumentation absolutely positions itself in a malevolent, vitriolic space – but this is a very bold departure for us. We had to rewire our gut instincts a little – so we tuned higher than ever before, let the bass come to the fore and drive the guitars more so than before. There’s a lot of single string melodies which is almost unheard of in our prior work. We decided to opt for more developed melody lines in the down-tempo / cleaner sections, and I’m consciously steering the drumming further into more impactful territory – not being afraid of back beats, for example, for almost the first time in the band’s career. We also arranged the vocals in a more song-like fashion – we have a couple of choruses on this album, which again is just not something we’ve ever felt comfortable with in the past. Ultimately the goal is to create deeper, more memorable albums – less an exercise in completely overwhelming / over-running the listener.

4) Usually new album releases are accompanied by a tour or some other public promotion of the record. In light of the global health crisis, what are you planning to do to promote your new release?

We had to cancel fully booked North American and Australasian dates. We’ve re-booked Australasia, and are now looking to Europe early 2021. No idea when we’ll revisit the States and Canada just yet. There’s a few other interesting ideas floating around as well.

5) When I first got the record from your team, I was sheltering at home, sitting at my computer, looking at the global case reports for the viral pandemic; so when I saw the title “Stare into Death and Be Still” I thought “that’s exactly what I’m doing right now”. I know you have the entire album written before you go to the studio to record, but do you feel differently about any of it now in the context of the COVID-19 outbreak?

No, not at all – the album’s themes aren’t exploring this kind of situation They’re coming from a much more introspective standpoint. 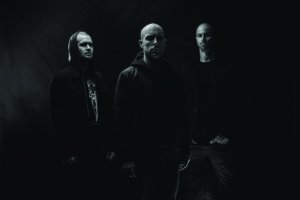 6) Also Jamie: You’ve talked before about your appreciation for minimalist design; what are some of your favorite uses or examples of minimalism in the art you do for Ulcerate? Either in the composition of the music, the executive decisions in the recording and mixing, the art design, etc?

I think there’s a lot of moments in the new album that I’m fond of in these terms – there’s a lot of minimal ideas throughout a track like ‘There Is No Horizon’, a lot of the bass lines on this new album are for the most part extremely simple, and are much more powerful because of it. I think that maxim pervades the whole album – reducing things as much as possible until what remains is as strong as it can possibly be, with no distractions and interferences. In terms of the visual work – it’s definitely something I struggle with, but I also feel that my end product now gets somewhat closer to what I’m envisioning. I’m still quite fond of the inner panel work I created for the ‘Shrines…’ physical releases for example. And obviously I’m still feeling ‘attached’ to the ‘Stare…’ work.

7) You’ve said in the past that “Isolation breeds creativity” in regards to your geographical location in New Zealand, away from the major physical world markets for extreme metal music; have you been isolated under any quarantine orders and what has that done for you creatively?

That’s a different kind of isolation though. I truly believe for bands to be great, not just good, there needs to be a meeting of minds. So being in lockdown for the past seven weeks is absolutely not the same as being in the same room and playing off of each other. We haven’t actually touched anything Ulcerate related, aside from personal practice. A couple of us have side projects we’ve been working on, which has been fine, but absolutely not the preferred way of working. I think we’re now becoming the ‘older’ generation that prefers to write music away from computers via jamming, so the atmosphere just isn’t there when you’re not hammering at 100db.

8) One of my favorite things about Ulcerate is that each of your records sounds like a “complete” story; there’s a fully formed idea that has a beginning, middle and an end, and all the parts go with one another. After six full length albums, how do you pick which songs to play live or during rehearsal? Any favorites? Has there been a song that worked better in the studio than the live stage or vice versa?

It’s a fairly convoluted process, as there’s a few factors to consider – we have to actually enjoy playing the tracks for starters (which is not always the case with some songs for various reasons), some songs obviously have stronger audience reactions than others, and song length for us is a huge dictator of what we can and can’t include in sets – for that reason any song that’s up around the eight min-plus mark needs some serious thought for inclusion. But ultimately it’s about building, like you said, some sort of story, or ebb and flow of energy – and making sure to have a good blend of the albums. And the more albums you make, the harder that becomes obviously. We’re also hyper-aware that there’s nothing worse than seeing a band only play the new stuff they want to play when they have strong back catalogues.

I think it’s the overall shift in direction – it’s actually the first time that I can actually sit and listen to the album after we’ve finished with it. I’ve never really had that before, it’s always previously been like taking a shit. Something is different this time around, I really feel that this material is very strong, there’s no fat that needs trimming and it feels more satisfying to listen to than a lot of our other material. Or at least in a very different kind of way.

10) Do you feel you have “more to say” with your evolved sound? Any idea where it goes from here?

Of course, this is only the beginning. The only thing I can say is there’s an aura or a feeling of where we can take this sound – it won’t be until we start experimenting that things will start to manifest.

Sincere thanks and best wishes from the team at MoshPitNation! J 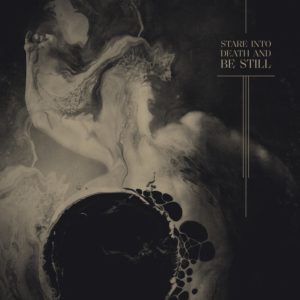