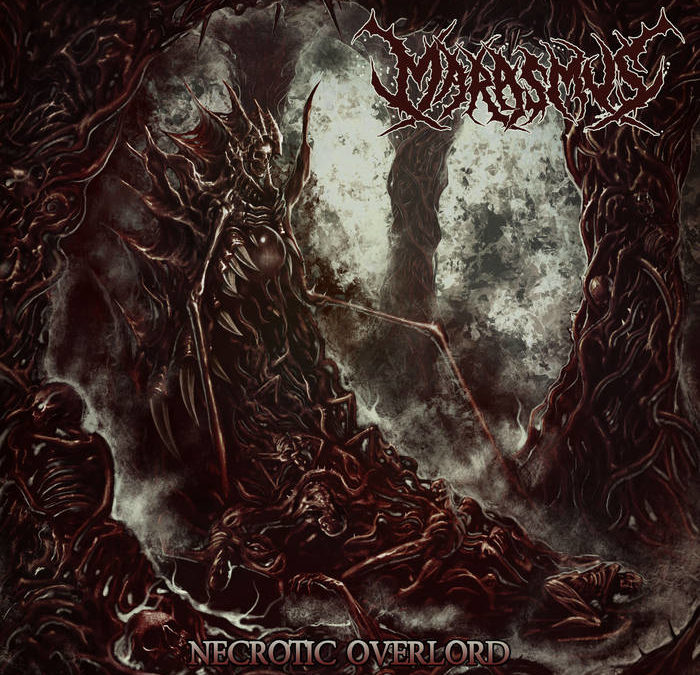 It is our pleasure today to unveil the title track from the upcoming Marasmus release. The track is a three minute and thirteen second tutorial on brutality. I don’t want to spoil all the fun before you listen, so press play. Once you recover consciousness and get over the concussion, drop below the video to read my full review.

Marasmus are coming in hot with their third full length release and their first since 2015. The new Transcending Obscurity signees can be forgiven for taking so long between albums for a couple of reasons. One, they’re pretty busy, sharing members with Unmerciful and Gourmand, to name a couple. Two, when an album is this good, it really ceases to matter how long it took to arrive. Cannibal Corpse may have smashed faces with a hammer, but Marasmus go to work on the entire physical form with a variety of blunt objects.

There are riffs that are bad ugly, there are riffs that are good ugly, and then there are Brandon Culligan/Andrew Nagorski Marasmus riffs. Definitely ugly, but the kind of ugly that grabs you by the spine and piledrives you to the ground. If you think those riffs are tough though (and you should), check out the bass work of Ben Axel Harvey. Let’s just say I wouldn’t want to meet it in a dark alley. Trynt Kelly shatters bones with the soundwaves coming off of his drums. Justin Bird (programming) is probably responsible for the quiet, subtle moments that break up the raw brutality of the album. Be warned. They are a lie. The album will still gut you. Finally, the vocals of Devon Ferrara hit with the intensity of an avalanche.

Necrotic Overlord is an album not to be trifled with. The attack is unrelenting and overwhelming at times. There are moments of beauty, as mentioned above, and those do add to the depth and variety of sound. However, the nearly forty minutes found here are a destructive force. You’ve been warned. Preorder from their Bandcamp.