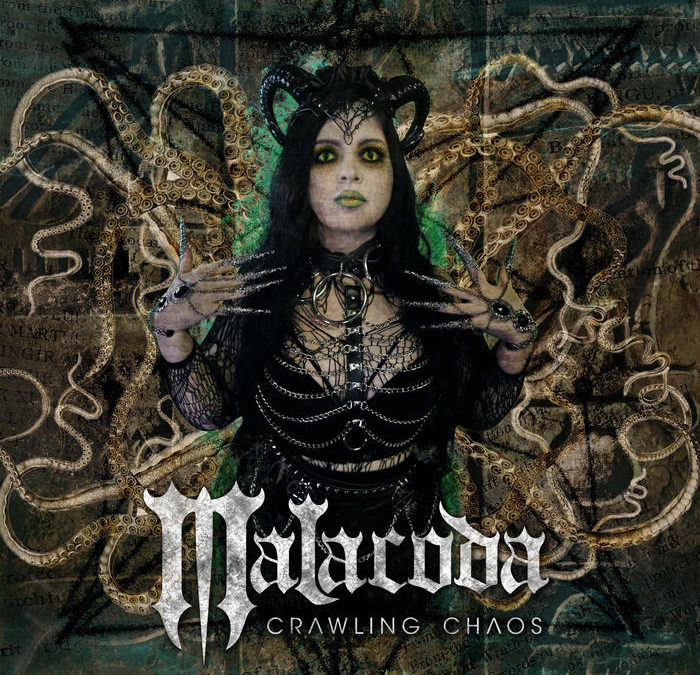 Ladies and germs, it is time for the track premiere of Deadlights by Malacoda. The fact that this song is based on IT by Stephen King struck a nice chord with me, because as a Mainer and a horror fan, his works are a mandatory part of my life whether I like it or not (I mostly like). From the band:

“Deadlights” is a song inspired by Stephen King’s It. Wes and I are huge horror movie fans, so we had to write a song about Pennywise. This was one of the first songs Wes wrote when he joined the band, and we really go back into our symphonic metal sound from Ritualis Aeterna for this one.” – Lucas Di Mascio (Vocals & Keys)

The music is a unique blend of gothic heavy metal, symphonic power metal, and melodic death metal that is hard to describe. It’s both atmospheric and energetic, harsh and sweet, dark and light, it’s balanced while remaining unique. Or as Powerplay Mag UK puts it:

…dark, foreboding and with lyrics to enjoy as well as unsettle.

Check out the song, then jump below for my full review.

Malacoda formed in Ontario, Canada in 2014 and have released two albums (Ritualis Aeterna and Malacoda) before releasing this EP. I haven’t listened to the rest of their discography but I’ll remedy that soon.

The Crawling Chaos EP isn’t quite like anything I’ve heard before, although I’ll admit gothic music isn’t something I seek out and visit that regularly. The lyrics include reinterpreted tales by Stephen King and H.P. Lovecraft that compliment beautifully twisted landscape images that the music brings to mind.

I have to admit I wasn’t a fan of the vocals at first, but once I wrapped my head around Lucas Di Mascio’s, shall we say, gruff opera style of vocal delivery it clicked on repeated listens.

Track 1, Crawling Chaos starts the EP off with a darkly gentle riff, keyboard strings, shortly followed by angelic vocalizations by guest vocalist Beth Wilson. The song dives quickly into symphonic gothic heavy metal that introduces us to the first story of the EP, a tale of a shadowy ancient god of chaos spreading insanity in the minds it infects, like a demonic pied piper. The melodic and almost melancholy guitar solo by Wes MacDonald really sells the fact that the people in this story are powerless against this evil. Dark as this tale is, the song is surprisingly catchy and I found myself humming along often.

Track 2, Deadlights, is more energetic compared to the prior, but a song about Pennywise the clown from Stephan King’s IT would sound so strange without energy. Lucas adds some light death metal growls to the chorus that represents Pennywise’s hidden monster within. I love that the music can add just as much depth to the story as the lyrics themselves.

Track 3, From The Depths, gives me some H.P. Lovecraft vibes but truth be told I haven’t quite discerned the full story from the lyrics yet. I could be wrong, but I think it has to do with that classic town of fish people story by Lovecraft. The bass is heard clearest in this song and Zak Stulla gets his moments to strut his stuff.

The final track, The Harsh Law, while only being 3:19 long, has progressive tempo changes that can take you a little off guard on your first listen. I get the feeling there is a little Devin Townsend influence at work here and Lucas even pushes his screamed vocals to sound damn near Devy’s tone, in some moments. I don’t think there is a story in the lyrics of this one, more of a moment of reflection on the law of nature “survival of the fittest”.

Crawling Chaos has many layers that I keep discovering with every listen, much like the horror stories the songs are based on have many layers themselves. The EP (especially Crawling Chaos and Deadlights) manages to somehow be dark and catchy. You’d think those would be opposites but Malacoda makes it work somehow. Overall, I’m very impressed with the EP and it leaves me hungry for more. Highly recommended.

For further Malacoda news, check out their website here.

Biography:  Hi, I’m a music enthusiast from Maine USA with ties to the metal and punk communities. When I’m not reviewing music I’m spending my free time with my wife and kids or gaming with my friends and family. I have a Twitch channel dedicated to gaming and just started a YouTube channel dedicated to music (under construction).

Or watch my 30-second album review shorts and music industry ponderings as The Scratched Record: https://www.youtube.com/channel/UCt79OV0EELspfkKjB7EbjfA