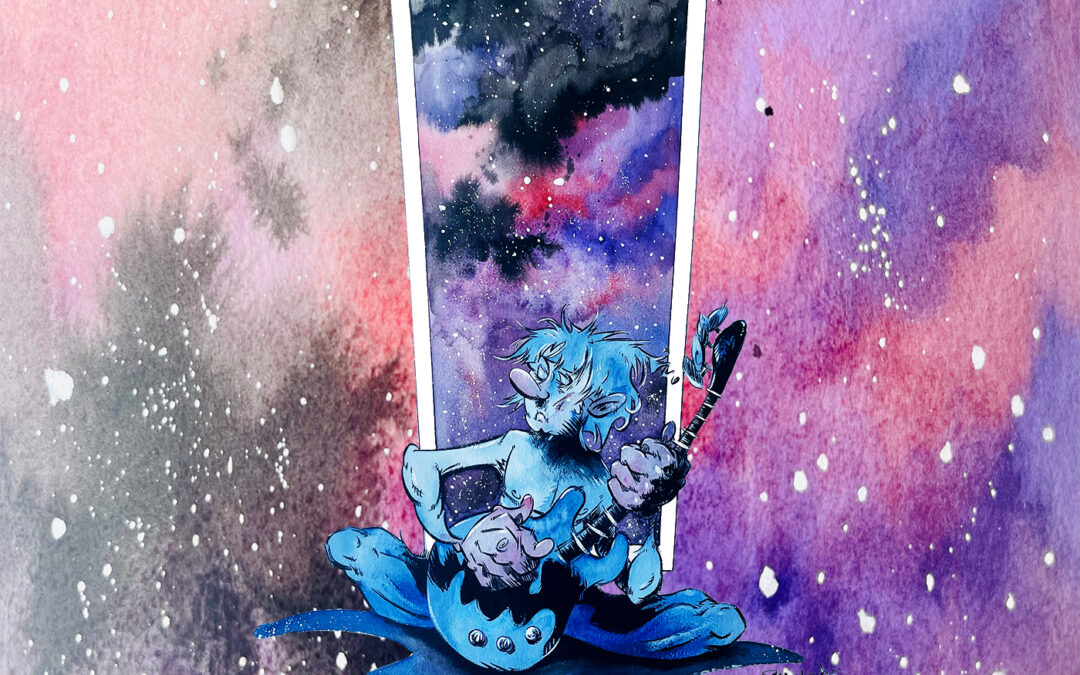 I was first introduced to the music of the prolific Josh Hines through the album 18° Below the Horizon from his solo atmospheric/symphonic black metal project Starer. That led to an online friendship with the Kentuckian and then an exploration of his many projects. While Starer probably remains my favorite, the biggest surprise has been Chest Rockwell. It’s fair to say that this former full band, now solo project doesn’t fall easily into my typical listening habits. It’s also fair to say that it is so exceptionally well done that it doesn’t matter.

Officially premiered on the radio on 98.3 The Edge radio station out of Bowling Green, Kentucky, it is my great honor today to present the worldwide online premiere of The Cartesian Theater from the new album. I’ve had a couple of months to process this incredible album, so it’s not a snap judgment when I say this is my favorite track of the five. I’ll also state categorically that all five tracks are excellent. Even the final, twenty-two and a half minute beast of a track doesn’t wear out its welcome.

The Cartesian Theater takes its time building by establishing a slow groove, perfect for making you subconsciously nod your head to the rhythm. The groove entrances you, even as instruments are added, key changes happen, and the vocals embed themselves into your brainstem. As with much of the album, the lyrical themes a mythological take on the gods from the perspective of humanity, which has had to endure them. It reads as a metaphorical take on the plight of the world today, while also calling out religion to me.

The rest of the album is musically and thematically in line with the mesmeric beauty of The Cartesian Theater. The first half is made up of four tracks which build to the one featured here today. There are elements of several styles here today, but prog and post-rock seem like the key elements to me. The massive The Old Man and the Mountain comprises the second half on its own.

Had I just looked at descriptions of Hines’ projects, I may never have tried Chest Rockwell. These styles are not typically my preferred listen. I’m glad I did. In a strong discography, the 2020 release Ghost of a Man Still Alive stands out as the best of the bunch…until now. Repeat listens have allowed Mentis Oculi to push it out of the top spot in the discography. My strongest recommendation would be to listen to them all, but for today, you should start with The Cartesian Theater. Go ahead. Press play. You know you want to…