Throne – Altar of the Dying 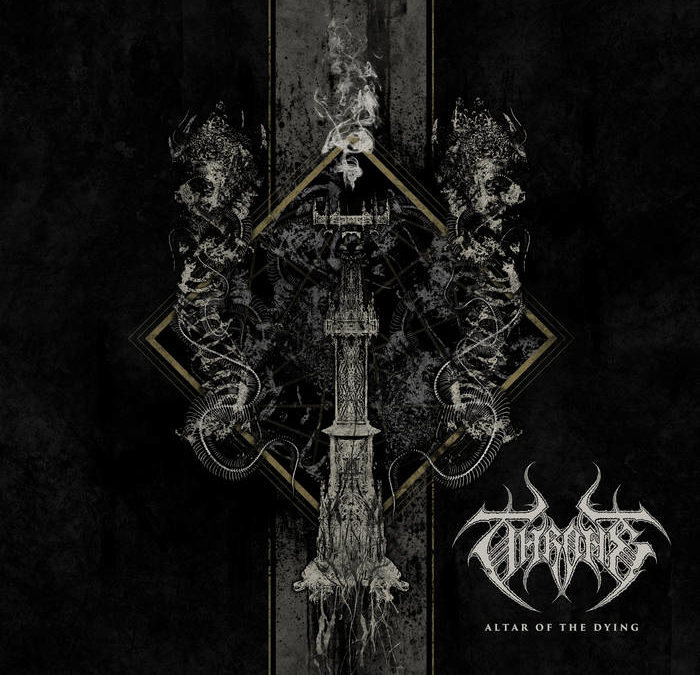 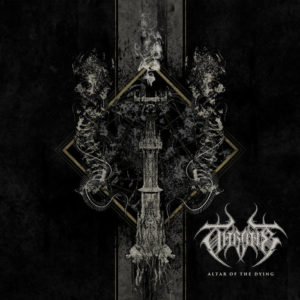 Album – Altar of the Dying

Remember the glory days of your youth (a long time ago for me) when everything you heard was fresh and new. Nobody had done it before, so it all caught your attention. Those days, for me, are long gone. I receive so many promos and have heard so much that sounds like everything else, that I become unimpressed with new albums very quickly most times. Once in awhile though, something jumps up and grabs me by the throat.

Arms flailed, connecting with hardened flesh. A knee came up, a near miss to the groin, but his thigh would certainly hold the bruise for awhile. Just one more trophy of his time here. Back before the collapse, a moshpit was a good time at a concert. Now it was blood sport. Champions were chosen for their strength and endurance, tossed into the literal pit, and then left to battle for survival. Sometimes hours, days even, went by before one emerged victorious, always barely holding onto life and strength themselves. He had conquered three pits, fallen, but survived in two more. There was nothing else to do but keep swinging.

Let me take you back to a few weeks ago. I received an email from Nathan Barnes, who I knew from his excellent work with Sunlight’s Bane and Jesus Wept. He had a new project called Throne, you see, and I was cautiously optimistic about it given his history with these other projects. The email contained Altar of the Dying, of course. I had a few minutes to download it onto my phone, then ran out the door to see The Sword with Credible downtown. I threw the new album on in the car and Wham!, I was hit like a brick with the intensity. Altar of the Dying is truly relentless. Expect to be brutalized by the full 23 or so minutes.

The warrior sidestepped quickly as the bloodied form flailed towards him. A cut on the near corpses forehead foretold it’s near future fate. Sure enough, with him moving aside, the figure lost it’s balance and hit the floor. A moment later, he heard the sound of bone cracking as boots reigned down the final blows. This half death was all he knew anymore. Keep swinging.

Formed in 2015, Throne hasn’t released anything until now. Barnes handles guitar and vocals, the latter of which featured a variety of styles, all caustic and nasty. Joining him on guitar to combine in some of the most vicious, chaotic riffs I’ve heard in awhile is Joe Kesselring. Pummeling bass duties are handled by Leslie Drake and the drum kit mercilessly abused by Kollin Perpignani. Mixing a little grinding black into their death metal, the quartet attack the material as if it had murdered their mother. Altar of Dying, a relatively brief EP from a relatively new project is markedly better than much of the current crop of death metal and will figure on my list at the end of the year.

Recommendation – Get in on the ground floor with a project that has a ton of potential.