THEY LEAPT FROM BURNING WINDOWS – Demo 2020 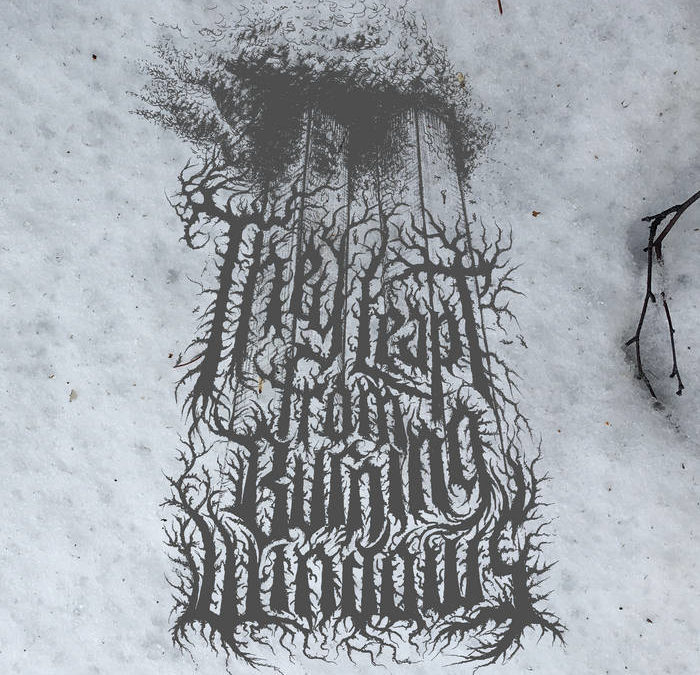 Band – THEY LEAPT FROM BURNING WINDOWS

From the coldest, most wilderness infested area in America, we can find THEY LEAPT FROM BURNING WINDOWS, who offers us a taste of the harsh, cold winters that plague the residents of Alaska. THEY LEAPT FROM BURNING WINDOWS is a melodic/raw black metal duo from Anchorage, and I believe their setting is extremely important to how their music seems so effortless, when talking about how coldness and organic nature of their sound. Demo 2020 is their newest release and perfectly showcases what this project is all about.

Demo 2020 starts off with a frostbitten intro, an ice cold guitar production sound, and the whirling winds of winter. Even though this release is titled a demo, don’t let that fool you into believing that this release didn’t take time and dedication to manifest. Over the course of four winters, we are given Demo 2020. The overall music is melodic and catchy, but also has an unforgiving, cold rawness that spits all the way to Outro. The album is a great example of an overall sound that is freezing, yet ice shattering. The guitars and fast paced drumming come in with a fury and make the music’s chaotic presence triumphant. And just like a blizzard, you can find beauty and melody within it’s unforgiving nature. This in turn, creates the catchy sections that will stand out and become memorable. In the midst of all of the organized chaos, you find ambiance added to help lift the music to a more constant chill feeling. The product of all these components playing as one is something that should stick to anyone who likes ice cold madness. Outro, as mentioned in the interview (below), has left us with nothing but whistling winds, a walk through a cold winter’s night, and a few eerie piano passages. I’m not too sure why, but at the last second the wind starts to pick up and then shuts off abruptly, and it left a mysterious impression on me. All in all, this is everything you need to cool down with during these days of summer. Job well done, and I can’t wait for the next storm to start.

Michael Litteral:  Which came first, THEY LEAPT FROM BURNING WINDOWS or Lycaean Triune? And what caused the latter to show up?

Lycaean Triune:  They Leapt From Burning Windows came first. As more projects developed, and a need for a way of releasing our material, Lycaean Triune was born. Lycaean Triune operates as both a label and unifying banner for all our bands. We had the romantic notion of forming a larger collective in the beginning, but our work ethic hasn’t meshed well with many others. That said, there are a few of us holding this ugly beast together.

ML: From what I’ve read online it says that THEY LEAPT FROM BURNING WINDOWS is a duo. You don’t have to give names, but is one person in charge of instrumentals and one in charge of lyrics and vocals like a lot of duos? Or is it a little bit of both from both members? Or how does that work? Because whatever system you got going is definitely working for the project.

LT: Both of us contribute to everything pretty equally, but it will differ from song to song and release to release. For Demo 2020, it was all over the place as far as our roles. Some songs were mostly composed by me and some mostly by J. Guitars, vocals, bass duties were all split between us. We can both play the standard instruments, so it is more a matter of who wants to do what on any given song. Sometimes its a matter of who has the stronger vision or inspiration during the writing.

ML: Do you enjoy being a musician or running the label more? Which one truly makes you more happy, as I’m sure you really enjoy both aspects.

LT: Writing music is the best part, since the act of composition as a mode of expression is raw and cathartic. Practicing can also scratch that same itch, or be a chore depending on the mood. Recording is almost always a chore outside of vocals, though hearing the final product is usually reward enough. Aside from friendships made, running the label just feels like an obligation. Seeing people all over the world want to listen to our music is great of course, but going to the post office is never all that thrilling.

ML: If you’re allowed to say, what are the plans for THEY LEAPT FROM BURNING WINDOWS and Lycaean Triune in the future?

LT: We’ll check with our supervisors before disclosing any pertinent information haha. They Leapt From Burning Windows have a few more releases in the works, one being more of an odd, unwanted death metal bastard. For They Leapt, we approach it without any rules or grand vision beyond the album or demo itself. There is no rigid style or songwriting that defines this project. It just so happens that raw melodic black metal is what we’ve released thus far.

LT is working on a release from a new project named Ego. It’s going to be a 20 minute EP of nasty drunken black metal. All we are waiting on is to finish up the tape layout. Arria Paetus also has another split in the works. All that material needs is vocals to be recorded, then it is ready to be mixed and mastered.

ML: What draws you specifically to the underground? With THEY LEAPT FROM BURNING WINDOWS and The Lycaean Triune being more unknown than most, is this a intentional move to be more, (for lack of better words) “trve kvlt”? And again, I hate saying those words but you get what I’m trying to say lol.

LT: Any obscurity is definitely unintentional. We aren’t trying to be unsuccessful, we just are haha! We don’t include our names or individual credits as it doesn’t do anything to serve the art. The music speaks for itself.

ML: Being from Anchorage, Alaska, does this help influence your music and inspiration?

LT: I’d say it absolutely influences us. The massively beautiful landscapes, long depressing winters, summers where the sun never goes away, local culture, and the overall mental fatigue of everyday living here are all major contributors.

ML: As I read on your Bandcamp, it states that Demo 2020 was recorded in during four winters (2016-2019). I’m sure the winters are harsh and brutal and there is a reason why the recording/writing process is during those times.

LT: We write all the time, but the season definitely affects what we compose. There is a unifying theme and mood throughout songs we write during those winter months, hence why we gathered them together for this demo. It was not necessarily a conscious effort to only write or record during winter.

ML: On the outro track for your newest demo it cuts off abruptly, was that planned or a studio hiccup? To be honest, it might not seem like much but it really helped the experience of the demo with that. It had me curious enough to ask. lol

LT: That is when the song is over.

ML: Tell us a little bit about yourself and bands you really enjoy, and what bands influence you as a musician.

LT: It runs the gamut as far as influences go, but as we do this interview we’ve been listening to the latest Mare Cognitum / Spectral Lore split. There wouldn’t be any real surprises if we listed off bands we enjoy.

ML: Anything you’d like to add for the world to know or hear about?

LT: No, anything we needed to share is in this interview or in our music.

ML: Lastly, give a shout out to projects/labels that you think people need to know about, what are some hard working people that need the exposure for what they bring to the table?