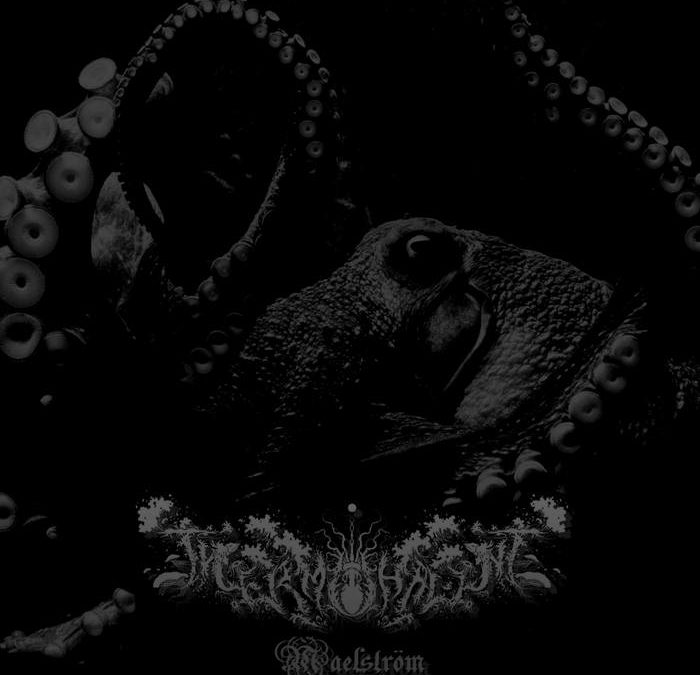 From deep in the depths of the ocean, three otherworldly individuals met to capture the very essence of this unknowable darkness. After meeting in the Order Ov The Black Arts Facebook group, the potent trio of Ignacio Elias Rosner (IER), Lennart Janssen (Druon Antigon), and Nuno Lourenço (0-NUN, Salqiu). According to what I’ve been told, the breakdown of roles is fairly unique, in that all three of them contribute to all parts of the album. They all add some guitar, all contribute to vocals, each adds drums and various other elements. Perhaps that is part of why this album is so mind bending.

Regardless of causes, Maelström is just that: Mind bending! Starting from a basis of black metal, the triumphant triumvirate add unique rhythms, destructive riffing, strange time signatures, bizarre instrumentation (accordion anyone?), and much more. And you know what? It works! Every single note of this masterpiece works. In the metaphor above, I suggested that the three had captured some dark, mystical essence of the deep. They may have literally done just that.

Maelström is one of those albums that is difficult to write about, because it is so complex, so exceptional. It is better by far to immerse yourself in its icy depths, give yourself over to the deep waters, surrender to the pull of the current. Perhaps in doing so, you will unlock some door in your own depths. Perhaps you too will feel the call of the Leviathan.