The Wolf Garden – The Yawning Abyss 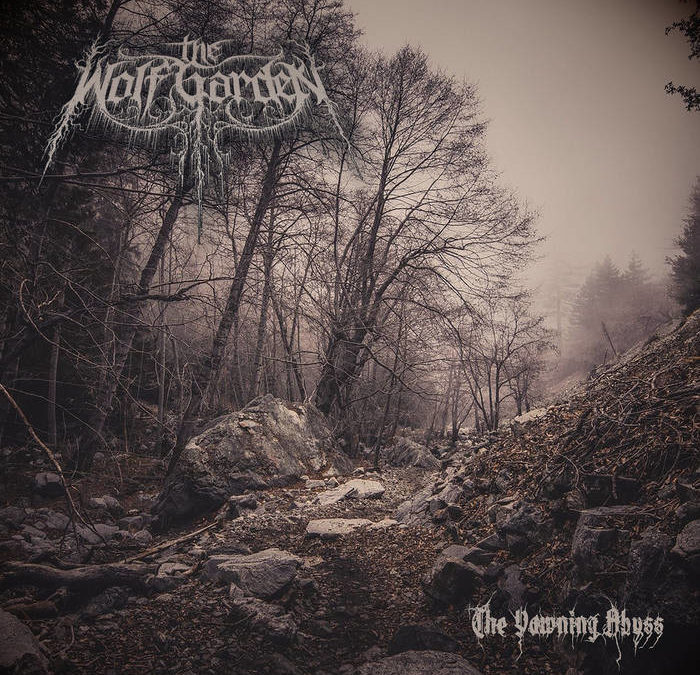 The Wolf Garden brings us their first EP, The Yawning Abyss. What an awesome name for a band and a debut release, by the way. With such names, you’d hope for something awesome and something that is worthy of the awesome titles. Let me skip ahead and say that this band/EP name has earned its spots. PB and TH come together to create this unique project, we know as The Wolf Garden. The Wolf Garden is an atmospheric black metal projects that weaves it’s witchcraft with nature and mysticism, and will make their name known in the coming years.

The Yawning Abyss starts you out in the middle of an active forest with nature buzzing, and yes, a pack of wolves in the distance can be heard as mother Earth is about to be awoken with the sounds of The Wolf Garden. Many influences can be drawn from the final product, which is always welcomed to see bands incorporate their own doses of sounds to make their own. Cascadian to DSBM to straight forward black metal can be found in this overall atmospheric black release.TH does a fantastic job of sounding human, but extremely distressed with a growling touch spotted here and there with his vocals. TH was also in charge of everything that is not percussion. Which really showcases how the music is a gateway on how he truly feels deep within himself. PB was in charge of stringing all of these entities together with a nice rhythmic support and keeps the smooth flow together within the music. Without PB’s sowing, we wouldn’t have the finished product that is The Yawning Abyss. One thing that keeps a release relevant and long lasting in people’s playlists is the passion that can be felt through the music. The Yawning Abyss capitalizes on this attribute with flying colors. Ever since the beginning of this EP, you can feel the hearts and emotions of TH and PB. There’s one specific reason why the band got picked up by Naturmacht Productions almost two months after it’s release, and Analög Ragnarök a year and a half after it’s premier to the world. It’s solely because of the music that has been conducted between these two, plain and simple. We all hope this gives the band the push they need to continue with their beautiful art.

The Yawning Abyss was originally released on December 1st, 2018. This release also caught the eye of Analög Ragnarök and Naturmacht Productions and was released on cassette on June 22nd, 2020 through Analög Ragnarök, and  a CD release can also be bought through Naturmacht Productions. Trust me people, there’s a reason why this release has caught attention from two different labels.