The Neal Morse Band – The Great Adventour – Live in BRNO 2019 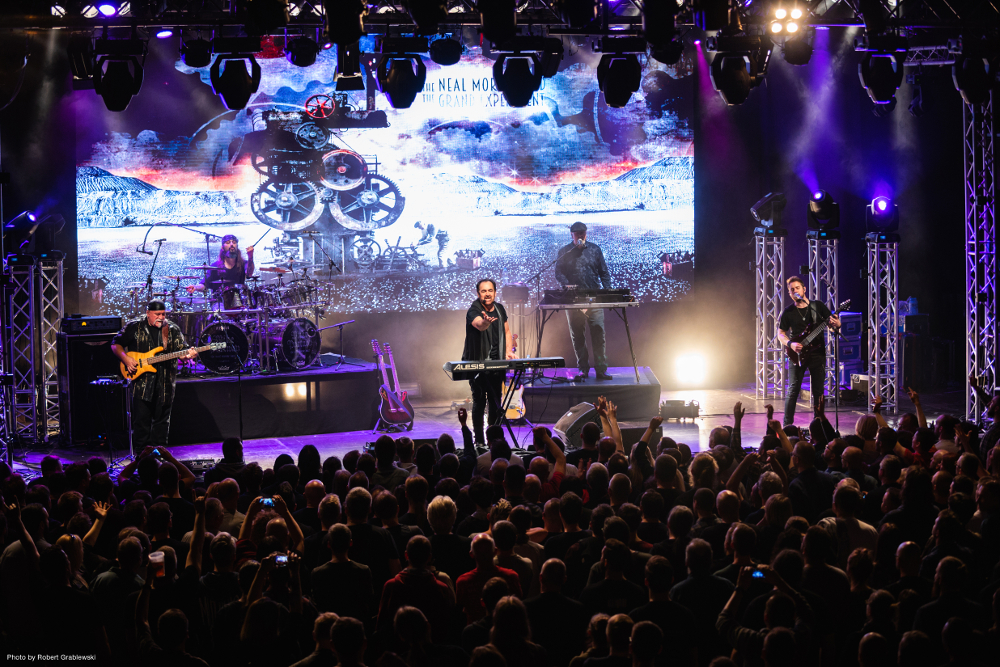 So, a bit of history is needed for this one. I was a fan of Spock’s Beard in the late nineties, through when Neal Morse left. I kind of stayed in tune through Neal’s first couple of solo projects, and then I kind of fell off. It was more my personal life and journey than the quality of music that caused me to drift away, but drift away I did. Fast forward to this past spring when this promo crosses my path, and I couldn’t wait to check it out. The lateness of this review, as with my original drift away from Morse’s music, is completely born out of my personal life and was not caused by a lack of enthusiasm for this record. That all said, now let’s dive into the nuts and bolts of this two CD, two Blu-ray mega-package of a live album.

In 2019, The Neal Morse Band released The Great Adventure, a companion piece to the 2016 album The Similitude Of A Dream, a musical recreation of the John Bunyan epic The Pilgrim’s Progress. The Great Adventure takes a twist on the story as it follows it from the point of view of the Pilgrim’s son Joseph. The release kicks off a forty-seven date, thirteen country tour, which culminates with this live performance in Brno, Czech Republic. Playing The Great Adventure in its entirety every night, this performance is the official record of what the band was able to pull off in a live setting.

What are the final results, you say? Fantastic, is what I say. It is not for everyone, as with most prog, but for fans of old school Spock’s Beard or Neal Morse, it surely delivers, and then some. It is fun, light, easy on the palette, and virtuosic. In other words, everything that is Neal Morse. Now take those elements and add it to a Broadway rock musical, and that is this album. Not sure why there aren’t plans for this to move to the acting stage in the next five years, but it should. It is straightforward, simplistic, and yet over the top as the excellent musicianship delivers well past expectations. And the band’s interactions with the crowd is pure fun. What’s to dislike? Nothing.

Recommendation – Next time you and your prog fan friends go on a guys only road trip, put this on. It won’t disappoint.