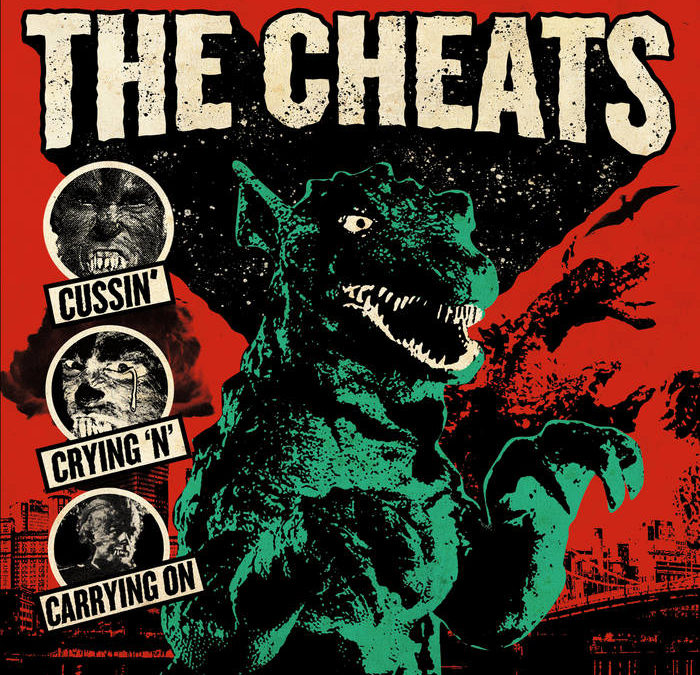 An atomic quality assault that is equivalent amounts of surf and punk force, snappy and compromising at the same time is what The Cheats bring to the table. All things considered, it’s a solid source of sound and for a certain something. Todd Cheat extends his performing voice more here than previously, including a greater amount of the reverb that helped flesh out melodies like “Rock and Roll Life.” The outcomes are destructive like the creepily distrustful “Stabbed In The Heart” and the similarly insane rave-up “I’m The One She Loves To Hate.” His solid semi-spoken declamations, despite everything, wear the pants when all is said in done, yet tweaking the essential style a tad pays off here with this latest release.

Musically, the band nails things as usual and afterward raises the stakes only that slight bit more, as with the rakish, new-wave-without-seeming like-it lyrics on  “Take No Prisoners.”  Philty Phil clears himself pleasantly on bass, Kyle Cheat pounds the skins similarly and Devin Holiday and Rob Senomar as usual, play as if they were a misjudged guitar god, consolidating force, exactness and sound just so.

To tune in to The Cheats is to encounter more than essentially a blast of flammable gen X rage, but to observe the codification of another type of melodic craftsmanship. They are the epitome of post-punk, pre-option, awesome no-nonsense magnum opus. A sizzling, sonic, disobedient, ardent, furious, creative, clamorous, wonderful, disappointed, lovelorn, skeptical chaos of the most secure, quickest tunes.