Temple of Void – The World that Was 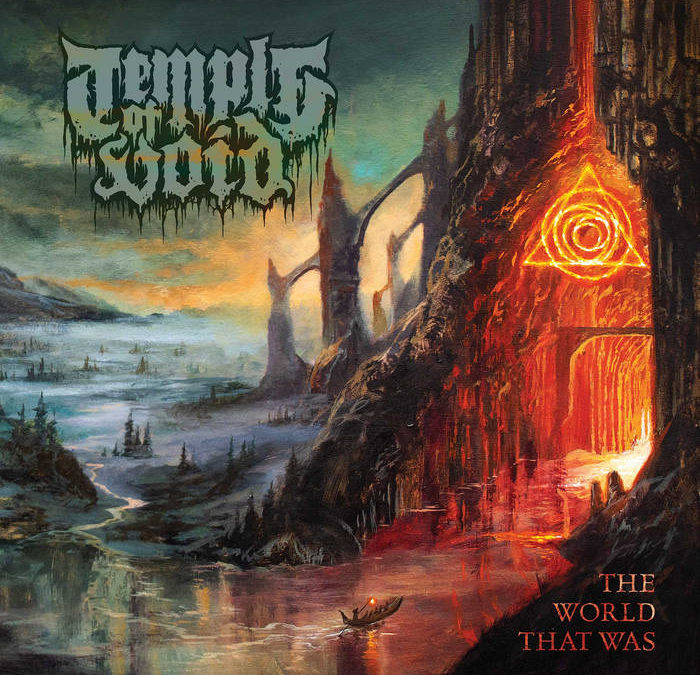 Album – The World that Was

Death metal is a term that can mean lots of different things. You never know what you’re going to hear when you start a new death metal album in your choice of device. This was true when I started listening to Temple of Void’s latest album, The World That Was. I was pleasantly surprised by the clean-ish sounding vocals accompanying the gritty, melancholic harmonies in the first track, A Beast Among Us. Some may say my ear isn’t properly tuned to understand the vocals, but I really prefer to hear and understand versus reading along while listening. Continuing on to the second track, Self-Schism is over six minutes of brutality. There is only one way to escape, and that is self-schism. Think tearing yourself apart while still conscious, blood dripping, brain exposed, yeah, the death metal works.

Track three is a nice little acoustic instrumental piece. I liken it to cleansing your palate to continue with the second half of the album, starting with Leave the Light Behind. It’s title is pretty spot on with the lyrics, detailing the journey from life to the underworld, passing lost souls who couldn’t pay their way beyond purgatory. Casket of Shame is filled with devastating lyrics. The only chance to survive is to climb out of the grave. Don’t sleep through life and miss opportunities to learn. The final line of Casket is, “Choose your path ever-wisely.” What a fitting end to the track, warning of ending up in a casket of shame.

The last song is the title track, The World That Was. Many questions are asked throughout the song, and it seems the only answer is death. Life fades away into the void, leaving only memories. Did we spend too much time fighting, warring against each other? Are we able to escape the vortex swallowing all light? A very timely piece considering the current climate in the world today. A fitting end to this chapter, leaving you ready for their fourth album.

This super group from Detroit dropped a masterpiece on the music world. The World That Was is a fantastic death doom metal release, hitting all the marks necessary to be one of the top death doom albums of the year. Listen to the production, the lyrics and think about what was and what could be.

Recommendation:  Remember the The World That Was by Temple of Void