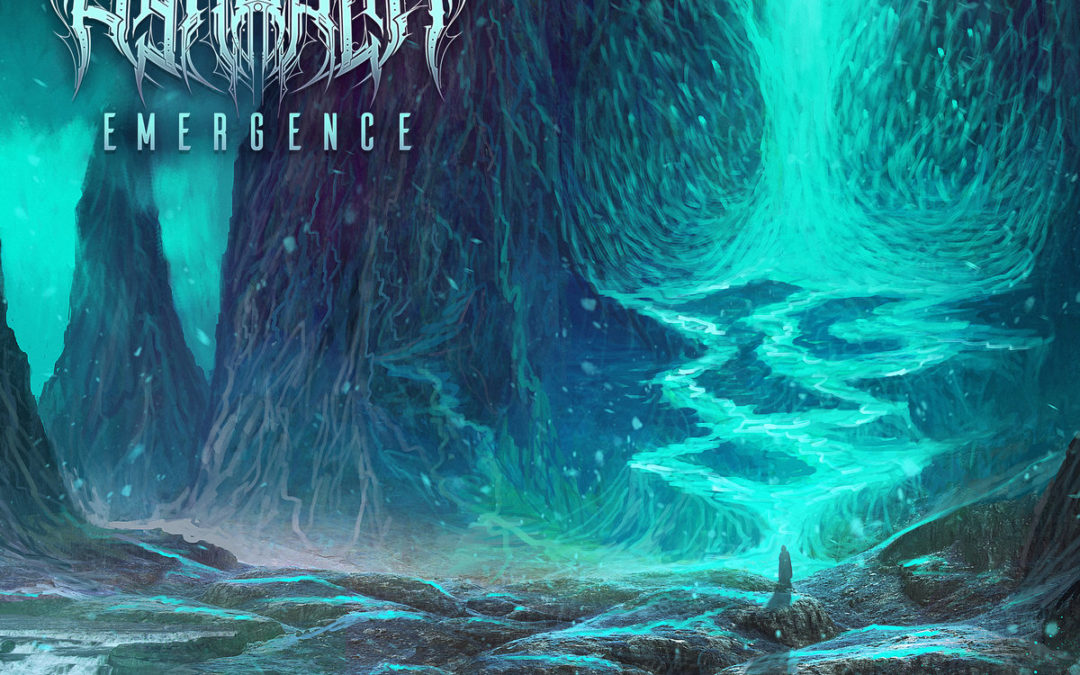 So what does a noob like me look like resorting to the thesaurus to try to scale the big mountain that is The Artisan Era rooster? Ah yes, there comes the time in one’s life where we must strive to be up there with the big boys in the game…

Being an invited writer for MoshPitNation, and a rookie at that to top, having the chance to put my ears on a new signing for one of my absolute favorite labels out there could actually be a bit intimidating, but that just magically disappears when confronted with albums like the one I am about to embrace in my encomiastic verbiage.

I confess I was not impressed, back in the day, when I heard Symbolik’s debut. It had nothing to do with the technical savvy that they were already demonstrating, but more to do with the sound of the mix and the somehow absence of a tight purpose. It felt like a band experimenting with their potential without yet having found the right way to put them to practice. I was, therefore, quite confident that the eight year hiatus must have solved “my” problem, when I learned Symbolik’s comeback would be through The Artisan Era. It’s a clear sign, right?

Well, I sit back, in the comfort of my cozy listening sofa, and hit play…

…now, do you know that feeling when you are in a plane that accelerates on the airway in order to get the necessary boost for lift off? Yes, that one, when the G-forces bury you into the chair. Get where I’m going, right?! That was exactly what I felt as soon as “Augury of Ancients” roared out of the speakers directly into my primary auditory cortex and punched my Heschl’s gyri.

The first few seconds clearly demonstrate the neo-classic accession of the band, placing them right in the apperceived roster of the label, but is immediately followed by the crushing dual vocal attack that curves things into much blacker prospects. So I go “Ok, I like the idea that The Artisan Era is expanding boundaries and slowly embracing bands that cross into blacker ground”. It is something I was looking for for quite a long time, to be honest.

Yes, Symbolik, I confidently believe, perfectly represents that crossover, because while clearly rooted in the Tech Death deck courtesy of their guitar approach, the vocals evoke some of the infamous takes of Symphonic Black Metal. There are hints of Carach Angren (listen to “Corridors of the Consumed”) and even Dany Filth (in what concerns the style of singing when Dany uses his most demonic voice, which Chris Blackburn so greatly educe in “Invoking Oblivion”). Other possible comparisons in this department would be the vocals from Deeds of Flesh.

The dual vocals work to perfection in this album, constructing a cocoon that slowly reveals the ugly larvae lodging within the highly technical guitar work. Don’t get what I am trying to say here? Just have a quaff of “A Tyranny in Decay” and you’ll get it.

With arpeggios aplenty, progressions and complex structures, the guitars elaborate a web of technicality that is close to the more neo-classic exertions of early Inferi and even Equipoise, but in a distinctive, particular way. Yeah, loads of carefully constructed progressions, tons of arpeggios that especially abound in the long soloing exercises that seem to run the full scale, up and down, with perfect ease…sounding more naturally played than me trying to play a simple two chords riff in my BM project.

The slight symphonic depictions sound somewhat reminiscent of Singularity or even Enthean, even if here they are presented in curtailed fashion, and with a particular haul.

So it is with a big smile on my face that I voyage between the environs of the album, swirling along within the classically reminiscent melodies, punctuated by state of the art vocalizations, in this spellbinding musical world that echoes symphonic blackened tendencies cloaked by the Technical discerning. “Coalescing the Void” f*cking rules in this department of taking things into BM painted soundscapes.

All is perfectly balanced, all is perfectly played and…this time around, there is a clear sense of purpose, a crystal clear production and the perception that the eight year plan has blossomed Symbolik in crowning composure.

All is good, I am at peace now that the album has ended. Exhilarated, gladded, vitalized.

I just need to press that play button again…

Biography:  Nuno Lourenço has been a hard metal fan since the mid 80’s that has never lost his track and still lives for his daily fix of extreme metal. He is so passionate about music in general and extreme metal in particular that he actually started playing and recording his stuff at age 43. Contrary to many of his contemporaries, he believes that metal is better now than it has ever been, and he simply awes with the quality and freshness of the new metal releases that come out everyday. Nuno’s passion for Death and Black Metal, especially on the most experimental/avant garde and atmospheric subgenres is legendary (at least in his house).