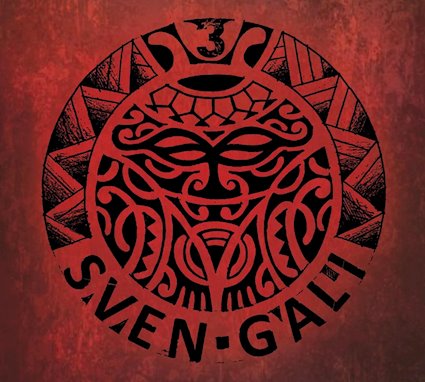 I had the absolute pleasure of seeing Sven Gali perform live at Foundations Forum in September of 1995, at the Hilton in Burbank, California. I was thrilled when I was asked to review their new release which meant hearing the new tracks before anyone. All I can say is this…

Anticipating that Sven Gali would change from craftsmanship muck psych beasts into adorable cuddle bunnies from album to album obviously exhibits lost explanation. Wanless himself doesn’t have to stress over losing his explanation specifically, given how insanely engaging his band as of now is, and 3 is about as far separated from their self titled release as the first clones were to one another. As the first track starts up into another frenzy of unreasonably flanged guitar, raging lead riff, and consistent drum step, all reactions get left behind alongside any kind of mental soundness. Wanless’s singing is a touch crisper in the blend, while the guitar playing is significantly more direct, powerful and epic in the midst of all the space-out whirl and rockets to the moon. It’s the unmistakable advantage of the release overall, transforming Sven Gali’s present for the huge scope into something that is nearly elevating, regularly associating with an audience as opposed to commanding one. Songs like “Kill the Lies” and “Now” have such a  corrosive quease of past releases and it just bodes well and makes sense. “You Won’t Break Me” and “Hurt” show unadulterated psych euphoria from beginning to end. Get this release and afterward get the past releases. Astonishing twirling sounds and gusts of psych commotion envelope the splendid and absolutely shaking tracks on each through and through.