Summoning the Lich – United in Chaos 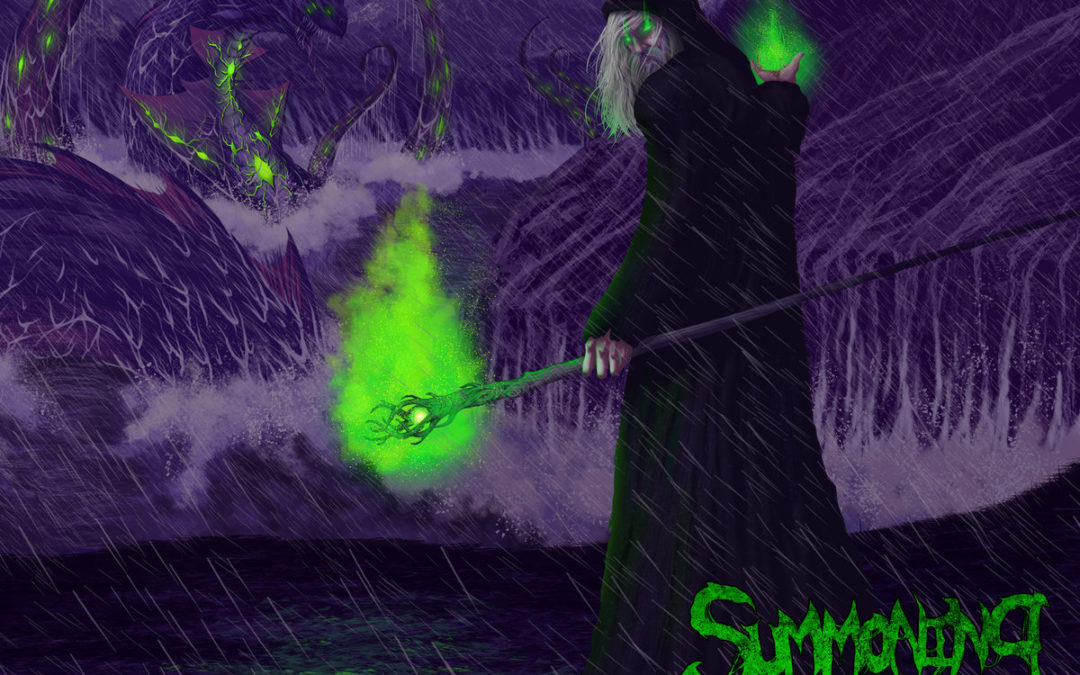 One of the great benefits of being in my reviewing position is the fact that I am able to be exposed to so many up and coming talents that display so much promise in the future of metal. Having heard so many bands over the years, I have gained a strength in being able to tell what bands truly have the qualities it takes to push themselves to the next level and become an influence in the genre. One band that has certainly surprised me in this aspect is Missouri’s very own Summoning the Lich.

Summoning the Lich isn’t exactly new, but they’re certainly a band that has a lot of ears to reach. While I’ve been familiar with the band for a couple of years now, I will admit that this is a band I showed interest in, but wasn’t exactly positive on their direction. However, upon receiving their newest press release in my inbox and pressing play on the first song, any doubts I had in the past about this band were shattered.

Having inked a new deal with Prosthetic Records, Summoning the Lich unleashes United in Chaos – a record that takes the standard expectations of melodic and technical death metal and injects it with an insane amount of adrenaline, blazing through a labyrinth of incredibly strong guitar riffage and next-level vocals. Taking cues from The Black Dahlia Murder, Job for a Cowboy, The Faceless, and hints of a few modern age heavy hitters, Summoning the Lich brews these influences together with their own intellect to create an experience that attaches itself to the listener and doesn’t let go.

The record begins with the aptly titled “The Nightmare Begins”. This introduction starts immediately with quite a large explosion right off the bat, building itself into a razor-sharp assault of tremolo and blast beats. Very similar (almost homage-worthy) to almost any Dahlia opener, the song makes a huge statement utilizing speed, melody, and an ear-piercing scream from vocalist David Bruno. Let’s make it clear though, this pseudo Dahlia worship doesn’t last long. Very quickly, the band dives head first into a slightly angrier attitude while still maintaining the pristine sense of melody displayed before. This introduction may lead an experienced listener to believe that the tone has been set for a collection of strong, strict melodeath…yet each song in itself paints a new picture and creates its own sole identity. “Cult of the Ophidian” emanates a vibrant hue of black metal influence for a prominent portion of the song, but also includes a mixed bag of slamming breaks, early-2000s technical death, and incredible flavor in general by guitarist Ryan Felps, who indeed weaves this song (and album) through extremely catchy and fluid transitions throughout.

All around, I have to give huge props to vocalist David Bruno. The quality of vocalism that will almost always win my heart immediately is the ability to transition between multiple vocal techniques while complimenting the instruments, and David does is effortlessly. As a vocalist myself, who strives to master as many styles as possible, the vocal performance on songs like “Demon of the Snow”, “Hymns (of the Witches of the West)”, and the leading single “Descend” creates a drive within me to practice my talents harder. Even still, for those unlike myself who are not vocalists, I feel that Bruno will latch onto any listener swiftly. The passages are too addictive not to.

All in all, I feel Summoning the Lich has laid the groundwork for a graceful future for themselves. It’s not often bands can come right out of the gate so strong like they have with United in Chaos, yet they have managed to do it with impeccable ease. Furthermore, the album showcases a sense of longevity not only in its content, but in the future albums these gentlemen will continue to create. Over the years, I’ve been a fly on the wall to many new bands rising to great heights. I truly believe I am about to see another, and their name is Summoning the Lich.