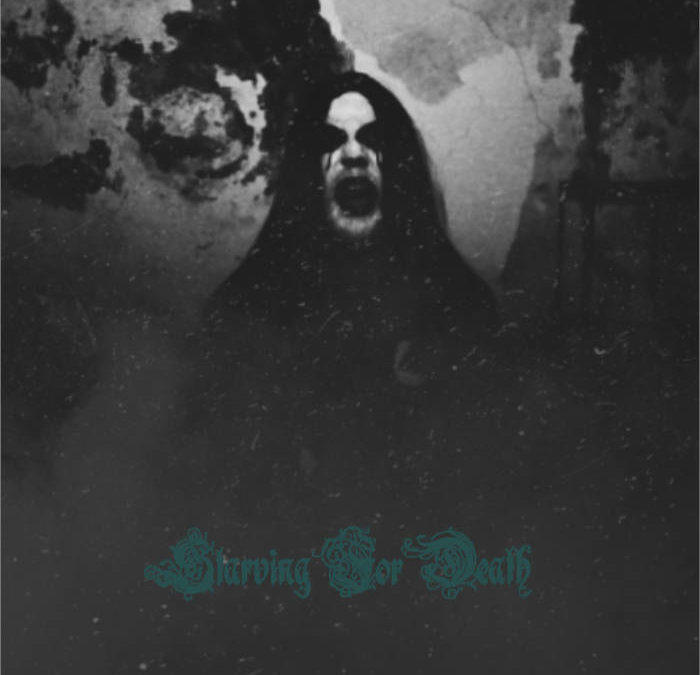 Starving for Death is a solo DSBM project which spawned from a mysterious person who goes by the pseudonym of  L. He hails all the way from Chongqing, China, which is awesome, showcasing how international black metal really is. That’s all of the information I could find on the project, other than this will be his fifth release. Two EPs and two albums were released prior to this Self Titled EP. One thing I found interesting is that on the Bandcamp page for his last release, Unholy Solstice EP, it states, “Fourth album from this project. This was a DSBM project but I decided to change the genre for personal reasons.” Going off that alone, I would’ve expected for it to all be left in the past, but here we are back at it! I’m pleased with this decision, because I truly believe he does a great job with keeping it melancholic and hopeless.

Starving For Death starts out with a piano passage that lets you know up front what the release and project is all about. It’s beautiful and troublesome and let’s you feel the pain of the creator. After this the black metal instrumentals kick in, and then a journey starts where you’re desperately trying to find the light at the end of the tunnel. Riffage, and atmosphere added by the keyboards, is the name of the game for this release, which is so fitting on how the whole product turned out.

Listening to his older releases you can really feel his maturity shine through this EP. With plenty of variety in all aspects of the music, you can tell that L is not afraid of giving the listener a range of sounds and emotions, while still staying true to the DSBM protocol. Every song on the release starts out with a piano/keyboard section which is perfect for warming you up to the despair within the music. It’s a headbanging good time that lets you feel closer to the project, and ironically makes you feel good about the experience, because you feel like you’re on the same page as L from start to finish.

I’ll be the first to say that DSBM isn’t my strong suit, but this record definitely makes me a fan of it all and compels me to dig deeper within the scene to find similar artists with this specific sound and vibe. Vocally this EP delivers on multiple  levels from strong screams to spoken passages to what sounds like female vocals to add to the dynamic. But I think the one thing that really shines is his guitar work. It intertwines with the keyboards so well, that this is what really sells the product, in my opinion. Anywhere from fast riffing to sections where it sounds contradictory to the keyboard, but also completing it. To explain that last part a little better, I would describe it as a yin yang, each side is different, but completes the whole picture to where it’s in unison overall.

If you’re a fan of the scene, or just curious on how the subgenre sounds and feels, then this release will be a great place to start. With this project being on the mysterious side, it would be difficult to keep up with this one man band, but I’m excited to try my best to watch the progression of his musical art. You can get a taste of the EP released by Cult of Osiris on February 3rd via Bandcamp.

Biography: Michael Litteral is just your friendly neighborhood metalhead who can’t seem to find his way out of the black and he’s just fine with that.