Stabby the Kitty – I Have No Idea What I’m Doing 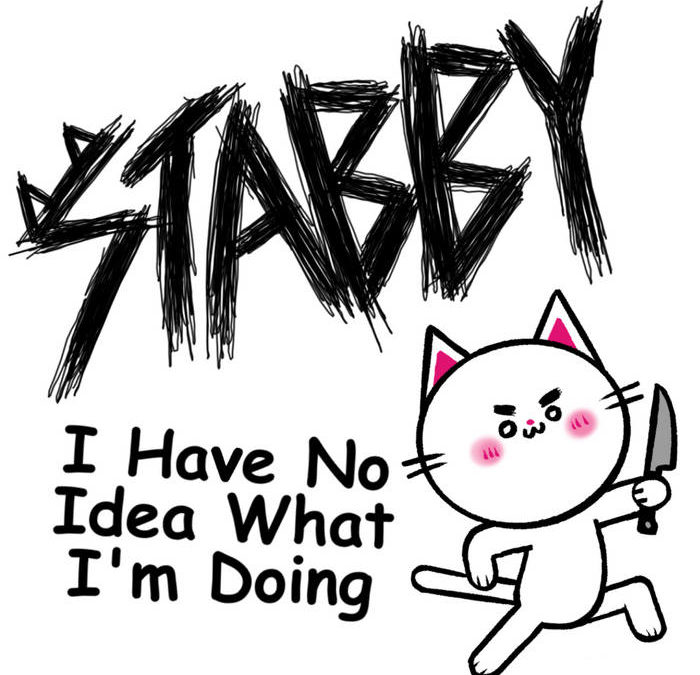 Album – I Have No Idea What I’m Doing

Stabby the Kitty is one of those projects that comes up on Bandcamp from time to time, you know the ones with intentionally terrible MSPaint album art and some trying-a-bit-too-hard name. Stabby the Kitty – I Have No Idea What I’m Doing is clearly somebody’s idea of a joke, but here’s the thing: it’s a funny joke. Spanning over twenty tracks in around ten minutes, the only songs to clock more than a few seconds are the instrumental “Rinse Cycle” parts “1” through “4 (I Think My Dishwasher Is Broken)” and I’ll just go ahead and admit that yes, the tracks do combine over-distorted guitars and MIDI drums into a sound not unlike a broken kitchen appliance.

Most of the song titles are references to current hot topics on Millennial and Zoomer Twitter, ranging from Jeff Bezos’ unprecedented displays of wealth inequality to the discussion of “Karen” as a slur (it’s not; sorry-not-sorry if you’re offended). The whole project only takes the tongue out of its cheek long enough for a few lucid moments musically or lyrically (never simultaneously) for declarations like “I hate this timeline” or “my existence is not up for debate… we deserve health, we deserve rights”. The rest of the brief but dizzying time span of the record is spent with absolutely everything on ten from the drum machine to the incomprehensible guttural vocals. Thanks for including lyrics with this one; I’d have been lost without them.

Poe’s law states that without a clear indicator of the original intent, it is impossible to over-exaggerate a parody of extremism to such an extent that it won’t be mistaken as sincere by at least some elements of the extremism being so parodied. What does that mean for us? Well, metal itself is a form of stylistic, cultural, and musical extremism; extreme metal doubly so. Fringe projects like this one reach so far into that extremism that, deliberately or otherwise, they begin to reach backwards across Poe’s law and become parodies of themselves. When the creators try to deny this paradox, the result is cringe-worthy and alienating to outsiders; like Attack!Attack! Or early Dimmu Borgir. When the creators embrace and double down on this absurd feedback loop of extremism and parody, like Stabby the Kitty, the result is a big hearty joke and everybody is invited to get in on the laugh.