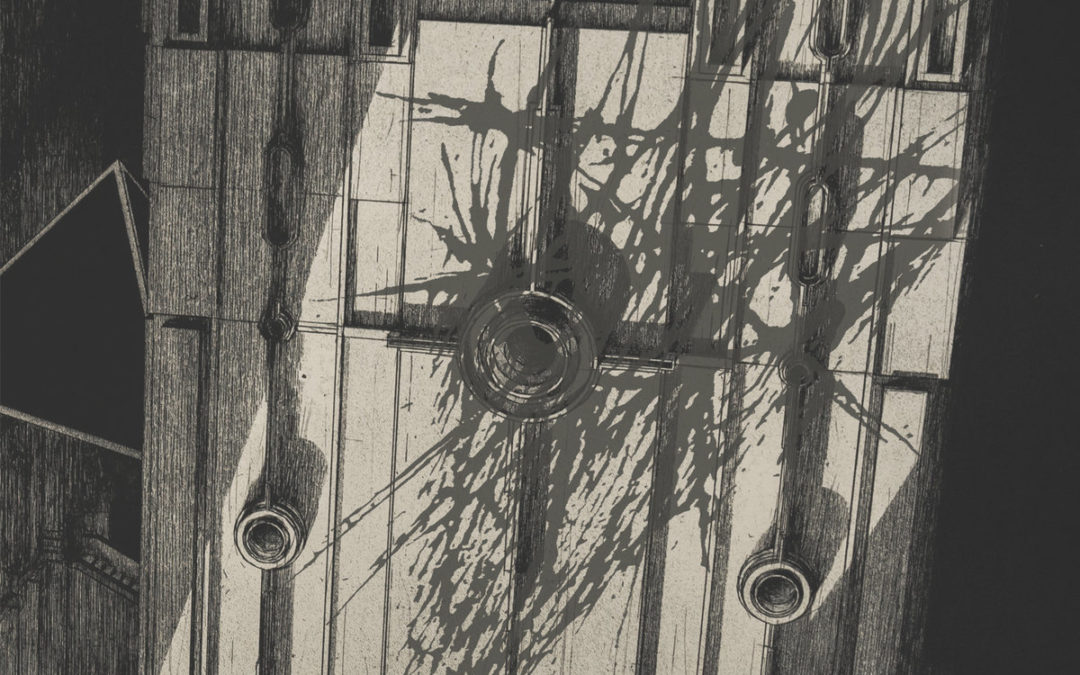 A Crushing Horology: Review of SPIRE’s Temple of Kronos

Not disliking, but also not being particularly fascinated by 2016’ s Entropy, I approached Temple of Khronos not entirely sure what to expect with the new album from Australian blackened quagmire SPIRE. Happily, and true to the overarching temporal theme of the album, what I discovered was an offer of a selection of different styles and approaches under the black metal banner, fitting together cohesively like the inner gears, springs, and screws of a monstrous timepiece.

“Chronometer”, a brief intro track, sets the motion: the ticking of a seconds gradually doubling in cadence with the onset of industrial disintegration. With “Hymn I – Tyrant”, we are immediately confronted with a pretty significant auditory sprocket within the entire mechanism of Temple of Khronos: moderately paced, methodical black / doom, highlighted with measured intoxicating dissonance on the lead guitar. The pace picks up with the percussion a bit about halfway through the track, giving a sort of preliminary taste of what will appear later, although for now the uptick is transient and the strings maintain the doomier feel throughout the song. “Hymn II – Tormentor”, on the other hand, starts off at a steady run, and at this point it becomes clear that the particular vocal style which has dominated the album so far isn’t going to significantly remit anytime soon. Fairly unique to black metal generally, its basically like a mostly clean, venomous snarl / yell, more poetic sounding than your normal BM screams, and somewhat similar to what Mr. Curse in A FOREST OF STARS does but more twisted and evil sounding. That said, there are a couple other vocal styles interjected here and there, including some cool chanting and a more standard medium/low roar, which I wish was featured more consistently with the cleans in a simultaneous dual vocal effort.

Moving on to “Hymn III – Harbringer”, another blaster, wherein we find more of those aforementioned roars and also some DSBM-ish hysterical shrieking / wailing towards the beginning of the track, which I do NOT prefer and which would probably preclude me from listening (or reviewing) at all if it were ubiquitous. Fortunately though, limited as it is, it provides a bit of variety without being decidedly annoying. A primarily dissonant interlude (“Antithesis”) segues into “Hymn IV – Puissant” another plodding, ominous black / doom-oriented track which then leads to the final song “Hymn V – Khronos”, which is… another… plodding, ominous black / doom-oriented track. I’d be lying if I said that I could readily identify which track is playing at any given moment with these last two, even with repeated listens, and the entire last section of the album thus sort of melds into a weird, low-energy, almost hallucinatory experience. I’m not sure if this was intentional or not (sort of assuming that it was, so more power to the band I suppose), but, like the repetitive rhythmic qualities of time experienced as the groundhog-day indifference of days upon years of existential numbness, the final sense for me is one of a quasi-delirious detachment under the oppression of temporal inescapability.

Temple of Khronos is set to release on digital and physical formats under the banner of Sentient Ruin Laboratories on February 19th.